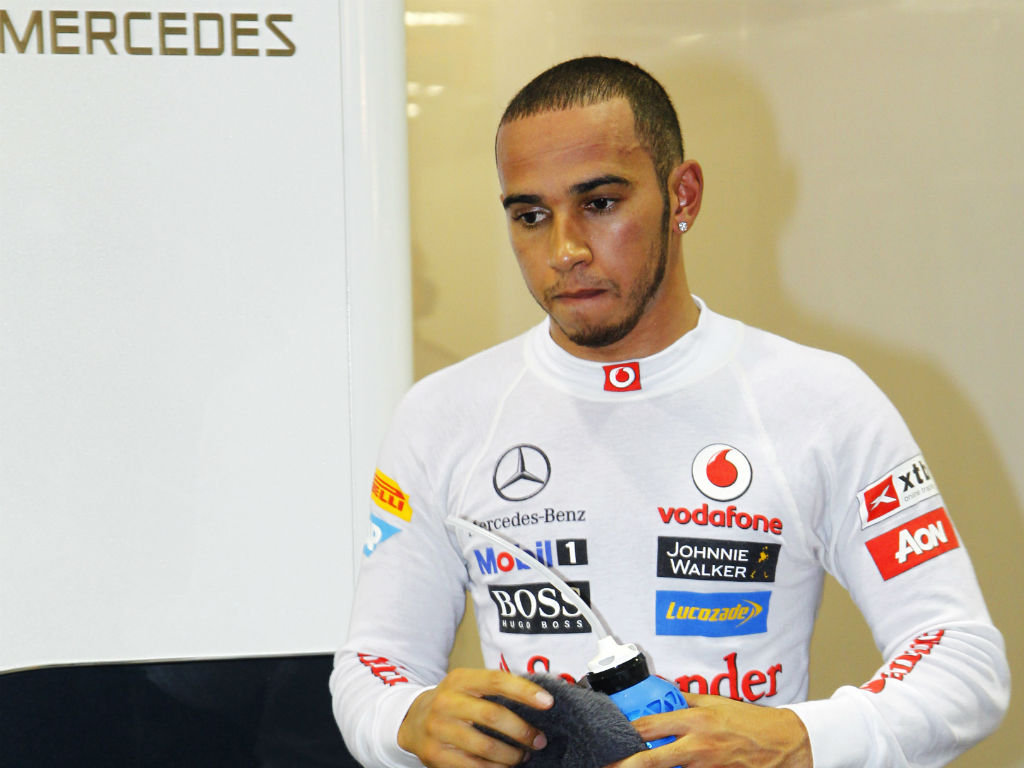 Lewis Hamilton ought to have won this weekend – he reckoned doing so would have been “easy”, an exaggeration, but an understandable one in such frustrating circumstances – just as Jenson Button ought to have recorded a comfortable podium finish last week at Monza. As often said, one breakdown may be regarded as unfortunate but two looks like…well, you know the rest.

Having already made hard work of a season they should be dominating, Hamilton’s gearbox failure saw McLaren slip further back in both title races on a weekend when they should have leapt forward in at least one. Had Hamilton won then the Drivers’ Championship would have been his to win too.

Still, all is not yet lost, and the Constructors’ Championship is still eminently winnable for McLaren, especially as Mark Webber is enduring a dramatic loss of form that has produced just sixteen points in five races. But Hamilton has no second chances left with six races remaining and a deficit of 52 points to retrieve. How quickly his situation changed on Sunday. Having been poised to trim Alonso’s lead to just twenty points prior to his retirement, Hamilton’s task is now as straightforward as it is stark. “I need to win the rest of them,” he admitted to reporters after fronting up with impressive stoicism. And that assessment is almost certainly no exaggeration: were Alonso to average third place in the final half-dozen races – and the Spaniard, not entirely incidentally, is now third in the all-time list of podium finishers after passing Ayrton Senna with his 81st top-three finish this weekend – then only six consecutive victories would be sufficient for Hamilton to claim the Championship.

It’s the tallest of tall orders and such is the size of the challenge that Alonso would probably welcome Hamilton advancing a couple of steps in Japan and Korea given that both Vettel and Kimi Raikkonen currently stand between the former McLaren team-mates. It’s easy to imagine the flicker of a smile when the Spaniard reflected in the Singapore paddock how “at Monza, it was Lewis winning the race and Sebastian retiring. Here it is Sebastian winning and Lewis retiring. So for me it is OK if they keep doing it like this.” Albeit inadvertently, Alonso’s rivals are consistently maintaining and protecting his position of strength by beating each other and were Hamilton to win the next couple of races it would be Vettel, and not Alonso, who stands to lose the most in the standings.

Nor was the Spaniard slow in pointing out that although Ferrari lacked speed this weekend after their much-anticipated upgrades failed their Friday audition, Vettel was the only one of his five championship rivals to finish in front of him on Sunday. He keeps on doing it and the wonder is why we’re still surprised; if the last seven months has taught us anything, it’s that Alonso could teach Harry Houdini a trick or two.

Vettel gives Alonso no room for relaxing
The trick for Sebastian Vettel, on the other hand, will be to ratchet up the pressure on Alonso by following up Sunday’s win with at least one more before F1 reaches India. Victories are the one thing that seem to be beyond even Alonso’s feats of escapology and Ferrari’s apparent regression this weekend to the fourth or fifth fastest package will be of as much encouragement to Vettel and Red Bull as concern at Maranello.

Alonso has not yet shown the slightest hint of buckling – his only retirement this season was at Spa when he was shunted out of the race by an airborne Romain Grosjean – under the strain of trying to win Ferrari’s first Drivers’ Championship since 2007, but the impression that the F2012 has ceased to be a potential race-winner is a serious palpation. It means that Alonso is just one race retirement away from being second favourite in a race he has led since July.

Better to be fast but unreliable than reliable but slow
Will Hamilton’s retirement – his fourth in the last seven races – have any bearing on his plans for 2013? Surely not. If the choice is between Mercedes and McLaren then it’s surely better to stay with a team that is fast but unreliable than gamble on a team whose two drivers have scored fewer points combined than Hamilton himself this season. If Mercedes had a competitive case for luring Lewis out of McLaren, it ended in April.

A little result for a big cost
It might sound like a small matter but Timo Glock’s twelfth place is a big thing for Marussia and an even bigger defeat for Caterham. It’s a result which has propelled Marussia into tenth in the Constructors’ Championship and leaves them set to recoup bonuses worth around