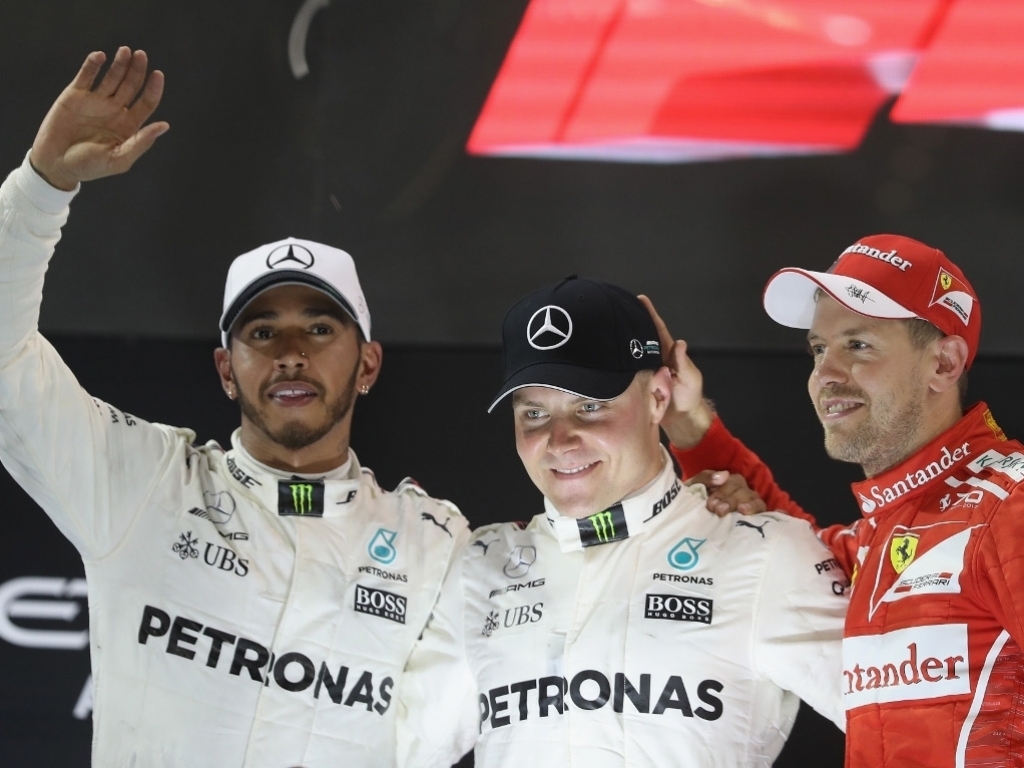 Despite holding off Lewis Hamilton to win in Abu Dhabi, Valtteri Bottas remains Mercedes number two – at least according to the bookies.

Bottas beats Hamilton, but bookies give insight into 2018
Martin Brundle summarised the importance of Valtteri Bottas’s third race victory after the Abu Dhabi Grand Prix, by highlighting that the Finn had beaten Lewis Hamilton in a straight fight through the entire weekend. For Hamilton, the Abu Dhabi Grand Prix was in effect a dead rubber, yet for Bottas it was a launchpad to prepare for 2018.

The bookmakers have already installed Hamilton (6/4) as the Champion favourite for next season, with Sebastian Vettel (18/5) second favourite. Bottas, however, is a distant 15/1 and behind both Red Bulls in the eyes of the bookies. Unlike with Nico Rosberg, Hamilton is clearly comfortable alongside Bottas, in large part, one suspects, because he just doesn’t see his team-mate as a legitimate threat.

It’s now really easy to bet on F1 online, with odds on all races being offered. You can even bet with your Paypal account, list of betting sites which accept PayPal here, so it couldn’t be easier to back your favourite driver.

SF70H: Stepping stone or missed opportunity?
With the 2018 regulations set to be largely unchanged, few would bet against Mercedes arriving in Australia at the head of the pack. Vettel said that Ferrari had a race of two halves, and was happy with the pace the car showed in the second phase of the grand prix. But by then he was already 20 seconds behind the Silver Arrows.

Vettel’s three wins and three second places in the first six races of 2017 underlined Ferrari’s resurgence and return as title contenders. The SF70H’s radical sidepods and adaptability in setup, and some smart strategy calls all suggested that the Scuderia’s long wait for a title might be over.

Yet the engineers at Maranello were unable to maintain the momentum through the year and this coupled with high-profile errors from Vettel (Baku and Singapore) and Mercedes’ raw speed meant that the Italian team was unable to maintain the challenge.  Vettel, now 30, has vowed that Ferrari will come back fighting next season but given his deficit to Bottas and Hamilton in Abu Dhabi, there is a lot of work to be done.

Renault’s mixed messages
Nico Hulkenberg was lucky to get away with a lenient 5-second penalty for his off-track pass on Sergio Perez, and this created the opportunity for the German to finish best of the rest behind the Mercs, Ferraris and Red Bull of Max Verstappen. His P6 finish bagged Renault enough points to pip customer team Toro Rosso to finish sixth overall in the Constructors.

Renault’s investment in the works Enstone team will demand better results from Hulkenberg and Carlos Sainz next year. Yet concerns about Renault’s consistency persist given the array of technical issues Renault-powered cars have faced in 2017. The reduction in the number of power unit components in 2018 will put Renault reliability woes into sharper focus.

No real race up front – but the midfield and backmarkers make up for it
Hamilton had one opportunity to challenge Bottas for the win after the Finn locked up. But as the Mercedes W08 struggles in the dirty air there was no way for the Champion to get past. As noted before, this could be a real worry for Mercedes next season – if, and it’s a big if, Ferrari continues to improve and Renault offers Red Bull a little bit of extra grunt.

With the leaders spread out, the best racing happened for the minor places. Lance Stroll’s early battle with Romain Grosjean brilliantly highlighted the Canadian’s improvement through the campaign. His jittery and panicked style in Melbourne has given way to a far more assured operator.

Pascal Wehrlein, most probably in his last race in F1, impressed in his battle against Kevin Magnussen, at one point getting his Sauber, powered by a 2016-spec Ferrari power unit, past the Haas, which uses the 2017 version.

Other observations
“Felipe, Fernando is faster than you.” Indeed. Fernando Alonso piloted his McLaren, which will now be shorn of Honda power, to ninth, one place ahead of Felipe Massa, who now enters retirement for the second time.

Daniel Ricciardo failed to finish yet again and for the first time his patience with Red Bull seems to be running out. Alonso has made a career out of making bad career moves, and the Australian will be eager to impress in 2018 to ensure he earns a top seat.

Kimi Raikkonen’s pace relative to Vettel was poor, which continued the trend through the season. The Iceman’s twilight in the sport is as a firm number 2 driver – who would have thought it considering his maverick approach in his first spell with McLaren.

Second careers, as Raikkonen, Jacques Villeneuve and Michael Schumacher have showed are not easy. A penny for Robert Kubica’s thoughts as he prepares to test for Williams with a view to landing a race seat.

Seventh and eighth was a reasonable return for Force India, with Perez edging Esteban Ocon on the day, just as he did in the Championship. The team are likely to struggle to finish fourth in 2018 given the changes at McLaren and Renault, but they have one of the best driver lineups on the grid, despite Perez and Ocon’s almost magnetic ability to tangle with one another.

Of the lower order, Wehrlein’s performance was arguably most impressive. It’s a case of too little, too late, though, as the German isn’t likely to be retained by Sauber who, for the first time in their history, finished last in the Constructors.

Brendon Hartley and Pierre Gasly will be retained at Toro Rosso. The former qualified badly while the latter had a scrappy race. There’s work to be done, there. However, could the switch to Honda prove to be a masterstroke?

F1 unveiled their new logo on the podium. We see what they did there…it’s sort of in the shape of a race track. Liberty Media is clearly keen on projecting a new image. But perhaps they should get live streaming sorted first. And then there’s the halo, track limits, lack of overtaking, and the rubbish stewarding.