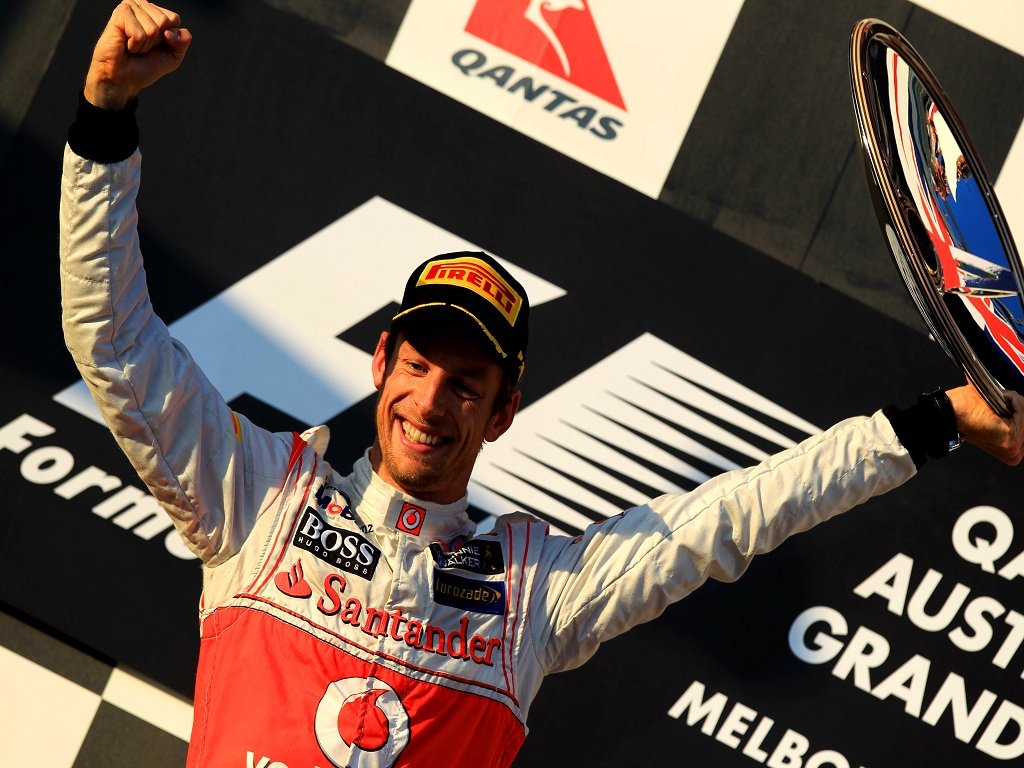 Round one to 2012
One down, nineteen to enjoy. Forget, for a moment, about the self-obsessed tales of by the main characters in Australia – the sob-stories, the snatches of domestic bliss, the injuries to personal pride – and consider instead the plot outlined in the first chapter of the 2012 narrative. True to its winter promise, all the first impressions suggest that this could be a vintage year.

Consider, for welcome instance, the long-overdue return to respectability for Williams, the leap forward by Lotus and the as-close-as-that squabble in the midfield. Almost best of all, McLaren have thrown down the challenge to the reigning champions. And why almost? Because better still, Red Bull have accepted the challenge.

Making the very best of the RB8, the message emphatically delivered by the equally-excellent Sebastian Vettel and Mark Webber on Sunday was that the World Champions will not shy away from the fight. The sublime Jenson Button may have been the star of the show, but the real highlight on Sunday was the apparent outbreak, after two years of unchecked dominance, of a genuine contest between near-equal machinery at the front. At long last, it’s finally game on where the game matters most.

Indeed, of all the spices thrown into the 2012 mix at Melbourne, perhaps the most welcome was the one which the RB8’s weekend of marked contrast highlighted: there appears to be, albeit at this earliest of early stages, plenty of cars on this season’s grid capable of excelling in qualifying but not in race trim, and just as many cars relatively sluggish in qualy trim but better suited to carrying a heavy burden of race fuel. The tyre-eating Mercedes is clearly the embodiment of the first kind; the RB8, in sharp contrast to the modus operandi of its predecessor, may be the frontrunning example of the second. If so, 2012 has the perfect fuel for a compelling season.

Lewis looks all wrong already
So after all the build-up and practice starts over the winter, the sole turning point in Sunday’s race was the first turn. Lewis Hamilton’s tardy get-away must have been especially slow given that Jenson was still able to reach the apex with a clear lead even though he himself had made a sluggish, jolty shift from first gear to second.

Quite why Hamilton failed to mount a convincing challenge to his team-mate is part mystery, part exaggeration. Upon reflection, his race wasn’t quite as bad as his post-race demeanour suggested: he was still within three seconds of Button at the first round of pit-stops and his race only unravelled because he returned to the track tucked up behind Sergio Perez’s long-running Sauber and, due to the absurd vagaries of the regulations, because Sebastian Vettel was allowed to overtake him behind the safety car.

Hamilton was certainly beaten fair and square by Jenson, but his defeat was perhaps not as emphatic as it – and he – appeared afterwards. Had Hamilton, and not Button, led into the first corner then the outcome may have been oppositely different because what really did for Lewis was the loss of initiative. Forced to pit when Jenson wanted him to, all the twists in his miserable tale could be traced back to the first turn turning point.

Except, of course, that Lewis didn’t appear to see it that way afterwards. True, his despondent post-race demeanour at least offered the crumb that he despises losing. Yet, it felt and looked like a bit more than that; he looked like a beaten man when the mature response would have been to shrug off the loss of the Melbourne battle with the content rejoinder that, in the MP4-27, he has the machinery to win the 2012 war.

That was, to all intents and purposes, the reaction of Button to his qualifying defeat on Saturday – and look how he fared on Sunday. Hamilton, by contrast, has put himself under real pressure to bounce back next week in Malaysia. It’s far too early to say these things, but you fear for Lewis if he doesn’t.

Being on the backfoot may bring out the best of Sebastian
It is, to affix the obligatory note of caution annually applied at this stage of the season, far too early to produce any definitive expectations for the year ahead. Yet after the criticism the World Champion received in 2011 for being too dominant, Vettel’s pass around the deeply-disappointing Rosberg on the outside of Turn Nine was so very good that it’s hardly a leap to wonder if starting out on the back-foot will bring out the best of a driver who needs to prove he is a racer, and not just a winner, if he is to make that intangible leap from champion to great.

There have been a few glimpses of Sebastian’s racer pedigree before, most noticeably when he overtook Fernando Alonso on the grass at Monza last year, but this was different. This was Sebastian responding to adversity, risking a disaster from a start of discomfort rather than a position of dominance.

At the very least, it was an act of razor-sharp precision that bodes well for the year ahead; at best, it promises great.

Fernando excels at a job his excellence shouldn’t work at
Another note of caution: don’t read too much into Ferrari’s fifth place because Fernando Alonso could be put behind the rusty wheel of a two-wheeled dilapidated cart and still furnish it with the flattering impression of competiveness.

The Spaniard is unsurpassed as a character of camouflage and it’s too his utmost credit that he continues to commit himself to the purpose of disguising the F2012’s twitchy flaws without complaint and without any weakening of application. He is, in other words, becoming world class at a task that should be beneath his talents and it remains the frustrating case that he is still giving far more to Ferrari than they are giving back to him.

Quite where Ferrari stand in the pecking order still remains wholly unclear. Suggesting that their true whereabouts resides somewhere between the performance levels achieved by Fernando and Felipe Massa in Melbourne advances the debate hardly a jot because a chasm existed between the pair this weekend. For Felipe, the end is surely nigh, and if so, this was surely the beginning of the end. Lapping, on occasion, three seconds lower than his team-mate, Massa’s lame performance carried not a semblance of credit.

Perez makes his subtle point
And when – it ceased being an ‘if’ long ago – Ferrari consider the identity of Massa’s replacement, then how about Sergio Perez?

An undergraduate of Ferrari’s young driver academy, the 21-year-old Mexican tested – to apparently impressive effect – a 2009 F60 at Fiorano in October and has made no secret of his desire to follow in the path that Massa himself trod almost a decade ago when he left Sauber for the sport’s most famous marque. “With Sauber I’m with the right team to develop myself,” he remarked in a magazine at the close of 2011