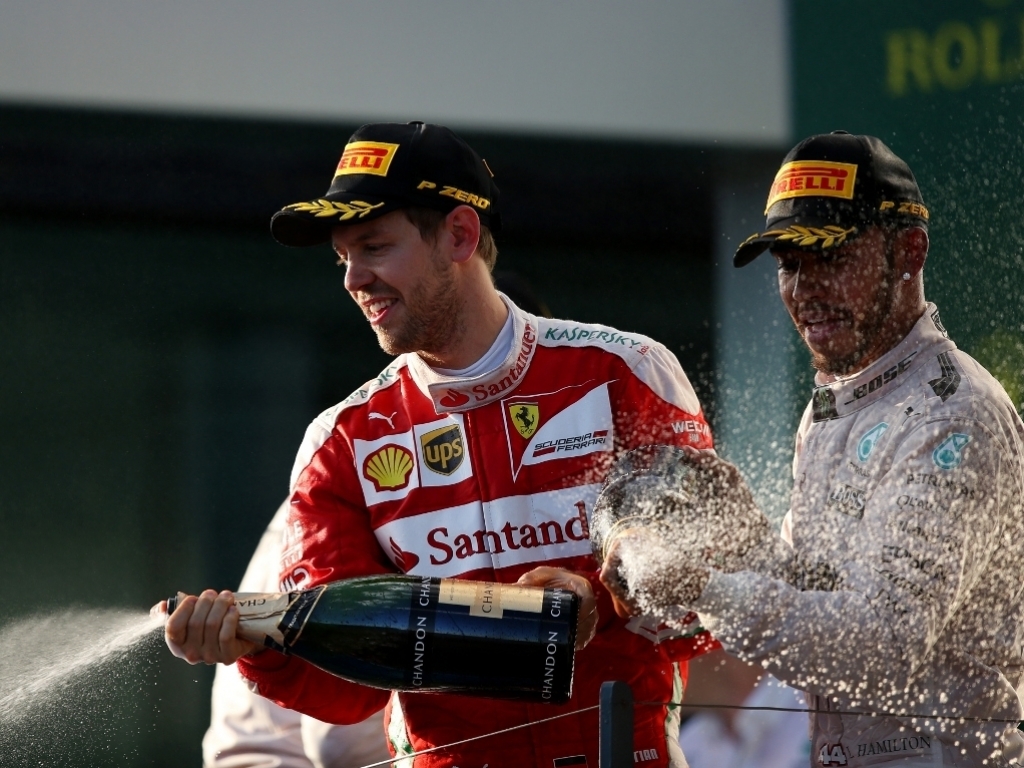 Ferrari sent a message, or did they screw up, while F1’s new boys were arguably the star of the Melbourne show…

Ferrari: Screwing Up or Sending a Message?
The record books will show (yet) another Mercedes one-two in an era in which the Silver Arrows seem unstoppable.

Nico Rosberg’s victory, although deserved, was far from a romp. Indeed, Mercedes can count themselves lucky it seemed Ferrari’s race to lose after a blistering start from Sebastian Vettel and Kimi Raikkonen.

And lose it they did as Vettel went with soft compound tyres instead of the mediums.

After the race, both Ferrari team boss Maurizio Arrivabene and Vettel admitted that they had gone with an “aggressive” strategy. “But it didn’t work,” said Arrivabene.

Obvious as these words may seem, unpacking Ferrari’s rhetoric provides insight into the team’s 2016 philosophy. Unlike 2015 when the men from Maranello were content to pick of the pieces when Mercedes erred, it is clear that Ferrari plan a more direct challenge to Lewis Hamilton and Rosberg this season.

Rosberg Revival Rolls On
Rosberg may have had a scrappy weekend but he delivered when it mattered: on Sunday.

The German has now notched up four wins on the trot and will be feeling confident that he can replicate his late 2015 and mid-2014 form and push his team-mate to the limit.

It is also well documented that 2016 could be Rosberg’s last chance to take a run at the title.

His mental fortitude will be seriously tested. The battle with Hamilton will be a headline story throughout the season and on the evidence of the Australian Grand Prix Ferrari will be much closer, too.

In addition, Rosberg will have to cope with silly-season rumours and questions about his future with Mercedes – all while the most talented generation of young drivers in a decade complete their apprenticeships.

The Matador Makes Max Mad
Carlos Sainz and team-mate Max Verstappen tangled in the closing stages of the race after a long battle with each other and with Palmer.

Verstappen described Toro Rosso’s strategy as a “joke” after a problem with his pitstop and being stuck behind Sainz, who would not yield.

Rookies no more, the pair remain among the most exciting prospects on the grid. But given their early pace and the potential of the Ferrari-powered STR11, Verstappen’s disappointment at his tenth-place finish is understandable.

New Season, New Boys, New Stars
“It’s like a win,” Romain Grosjean said on team radio after he piloted Haas to an exceptional sixth place on the American outfit’s debut. Statistically, this is a remarkable achievement as it equals Toyota’s sixth on debut in 2002 is the best debut performance since Sauber finished fifth at the 1993 South African Grand Prix.

Haas’s result is also a win for a new model to car development. Instead of building everything from scratch, Haas has a relationship with Ferrari through which it purchases various parts (excluding wings, the monocoque etc as per FIA regulations) while Dallara built the chassis.

This approach has eased the financial burden on the team and allowed it to get up to speed rather swiftly.

For Grosjean, the switch from Lotus-but-now-the-works-Renault-team is already proving to be an inspired decision. As Haas is a de facto Ferrari B-team, the 2016 season provides him with an opportunity to impress the Scuderia and lay claim to the seat that Raikkonen is expected to vacate for 2017.

Meanwhile, Renault new boy Jolyon Palmer finished just outside the points on his F1 debut. Although the Brit did not open his account, his was an assured drive and he impressed on defence – most notably while fending off Valtteri Bottas and Sainz.

Alonso’s Air Miles
Fernando Alonso description of his high-speed crash with Estaban Gutierrez as “quite scary” might be the understatement of the day.

That the double World Champion walked from his mangled McLaren unscathed is a testament to the safety of modern F1 cars.

The shunt inevitably raised questions about the viability of head-protection devices such as the halo that Ferrari tested in pre-season. Although the halo may not be the best – or even the right – fix, the Alonso-Gutierrez crash highlights the importance of constantly trying to improve safety standards.

The Right Stuff
Ferrari probably chose the wrong compound to run in Melbourne, but the addition of an extra tyre choice for the 2016 season adds a much-needed variable to the racing.

Split strategies, bold decisions, and tyres dropping off the cliff will do more to improve the show than gimmicky knockout qualifying.