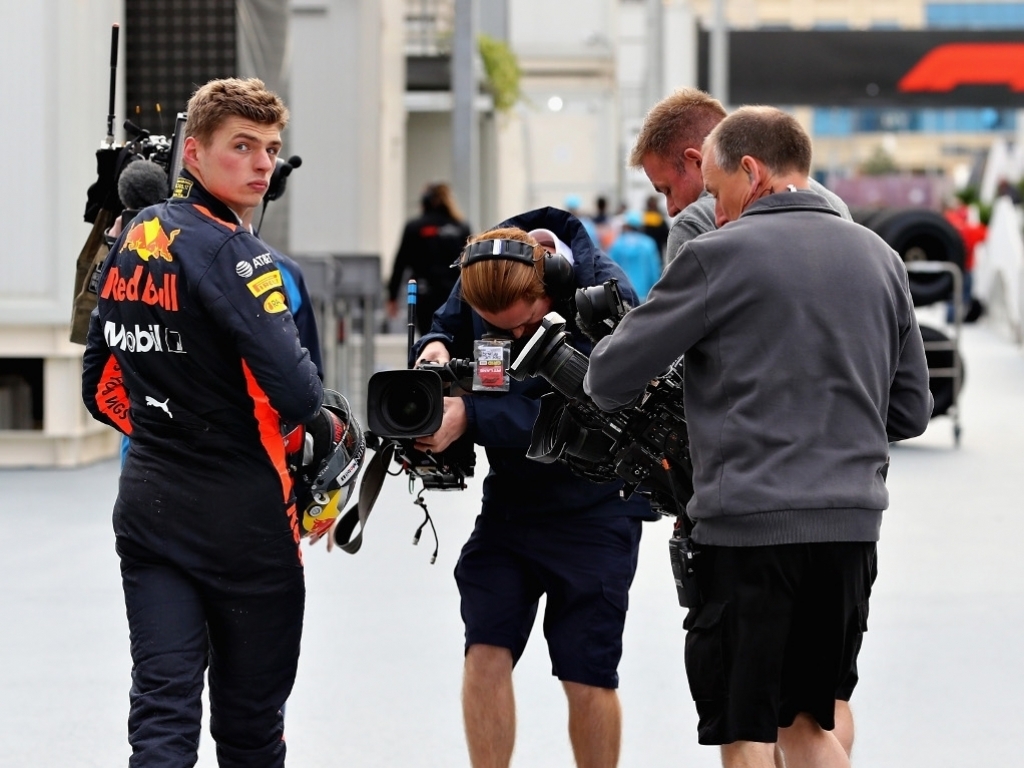 Baku did not disappoint with a little bit of everything including a Red Bull implosion and a crash behind the safety car.

Bonkers. Brilliant. Baku delivered a second consecutive epic in a race that had a bit of everything: unforced errors, forced errors, team-mate wars, a puncture, a surprise winner, underdogs coming good, and a crash behind the safety car.

The longest straight on the calendar certainly helps facilitate the action, but so do the narrow roads through the old city that funnel cars into an ever smaller area. Just ask Kimi Raikkonen and Esteban Ocon, or the Red Bull drivers (more on them later). However, the drama, for all of its in-the-moment excitement, has major ramifications for the title race.

Lewis Hamilton, by his own admission, hasn’t had the type of start to 2018 that he and Mercedes expected. In many ways Baku was a microcosm of the year so far. The W09 lacks Ferrari’s broad operating window and its “party” mode in qualifying is no longer the class of the field, as evidenced by qualifying on Saturday when Sebastian Vettel claimed a third straight pole for Ferrari. In the race Hamilton lacked gripped and ran wide a couple of times, locked his wheels, and also struggled to keep his tyres alive.

Yet a series of incredible events, capped by Valtteri Bottas’s puncture in the closing stages of the race, allowed Hamilton to claim his first win of the season and move ahead of Vettel in the standings. How much will Ferrari and Vettel rue their inability to convert poles into wins – especially if Mercedes recapture the formidable form of 2014-2017 in the coming races.

The collision was inevitable: perhaps the only surprise was that it came on lap 41. Three times prior had Daniel Ricciardo and Max Verstappen engaged in the F1 equivalent of jousting, with the result being both men falling off their horses.

Verstappen showed his intention on lap 6 at the safety-car restart, squeezing Ricciardo to claim track position up the inside of T2. Later at T13 Ricciardo got past around the outside but Verstappen made the apex and drifted out towards his team-mate, slapping his right front into Ricciardo’s front left. It was aggressive defence; hard and at this point crossing the line of being fair. The winner in Shanghai would find a way past Verstappen, only for the overcut to allow the Dutchman back in front.

Which brings us to lap 41. Ricciardo, throughout the race, had the better pace. Verstappen knew this and had to weave in defence down the straight — to no avail as the powerful slipstream helped Ricciardo hunt him down. Verstappen went right and then left, the second move proving crucial as Ricciardo barreled into the back of his team-mate. Red Bull now find themselves in something approaching an untenable situation. Their young gun has made mistakes not only at every race but at almost every session. He is frustrated and is coming under a huge amount of pressure from Ricciardo, who is potentially driving for a seat at Ferrari or Mercedes.

In the early stages of this race, this scribe jotted down the following: ‘Charles Leclerc ran as high as sixth, ahead of the likes of Alonso and co.” Few would have given the Sauber starlet much hope of finishing there, given that Kimi Raikkonen, Sergio Perez, and a host of midfielders were behind him, some on alternative strategies. Yet that’s exactly where the Monegasque driver finished to claim his first points in F1. Of course he was helped by the race going awry for Nico Hulkenberg, the Red Bulls, Bottas et al, but to his credit his pace and racecraft was brilliant throughout despite the carnage around him. Given Sauber’s recent woes it was an astounding result: it is the team’s best since the 2015 Japanese Grand Prix some 49 grands prix ago.

Meanwhile, Sergio Perez underscored his reputation as the master of opportunism to bag his eighth career podium. The Mexican described the last two laps of the race as the best of his career as he got past Vettel and defended successfully, all while shod with the slower super-soft rubber. It was a welcome return to form for the best pound-for-pound team in the paddock. Force India have had a tough start to 2018 but seem to have a better understanding of how to unlock the VJM11’s potential.

“Why is he ahead of me,” Vettel asked after Bottas pitted when the Red Bulls brought out the safety car. It was a fair question. The German was fastest in qualifying and had until that point controlled the race with relative ease. Ferrari may have erred by blinking first and bringing in Vettel for rubber before Mercedes, as this gave Bottas the opportunity to run long and fit ultra softs for the final stint. When the safety car came out Ferrari had no choice but to stop a second time — thus giving up track position — to ensure tyre parity with Bottas. And like that Vettel found himself behind in a race that had until then been a race for the next place behind him.

Best seat in the house? This guy ⬇️

Valtteri Bottas has fresh tyres after pitting under Safety Car

Baku 2018 isn’t the first and won’t be the last race to be determined by a safety-car deployment. Due to F1 being an aero formula premised on high downforce that makes overtaking difficult, other variables have become key to race results. The drag-reduction system is one such variable, as are Pirelli’s high-degradation tyres. Then, of course, is the safety car. Rain is another, though unlike the aforementioned isn’t an artificially introduced element.

While teams can use the safety car to make smart strategic plays, its deployment does also undo the balance of the race. A ban on pitstops during the safety car would be a quick fix to ensure that the best car and driver wins, but until F1 becomes less aero dependent it remains a strategic variable akin to a get out of jail free card. Nonetheless, given the increasing power of the safety car to influence race results because safety considerations result in its deployment more often, it is worth having a debate about its merit in the sport. Perhaps therein lies the rub. Does Liberty Media see F1 as a sport with elements of entertainment, or is the future of F1 more akin to entertainment packaged as sport?

It was a weekend to forget for Hulkenberg, who would likely have been in contention for a podium had he not slammed into the barrier. But Carlos Sainz came good with an excellent fifth place, a much-needed result for the Spaniard given his poor start to the campaign.

Something tells me Romain Grosjean isn't too happy with himself. #AzerbaijanGP pic.twitter.com/OeY3e2FbPZ

Speaking of embarrassing, it was another poor weekend for McLaren. Although Fernando Alonso somehow managed to finish seventh and Stoffel Vandoorne was ninth, the orange cars were off the pace all weekend. How McLaren is still fourth in the constructors is one of the great mysteries of the season.