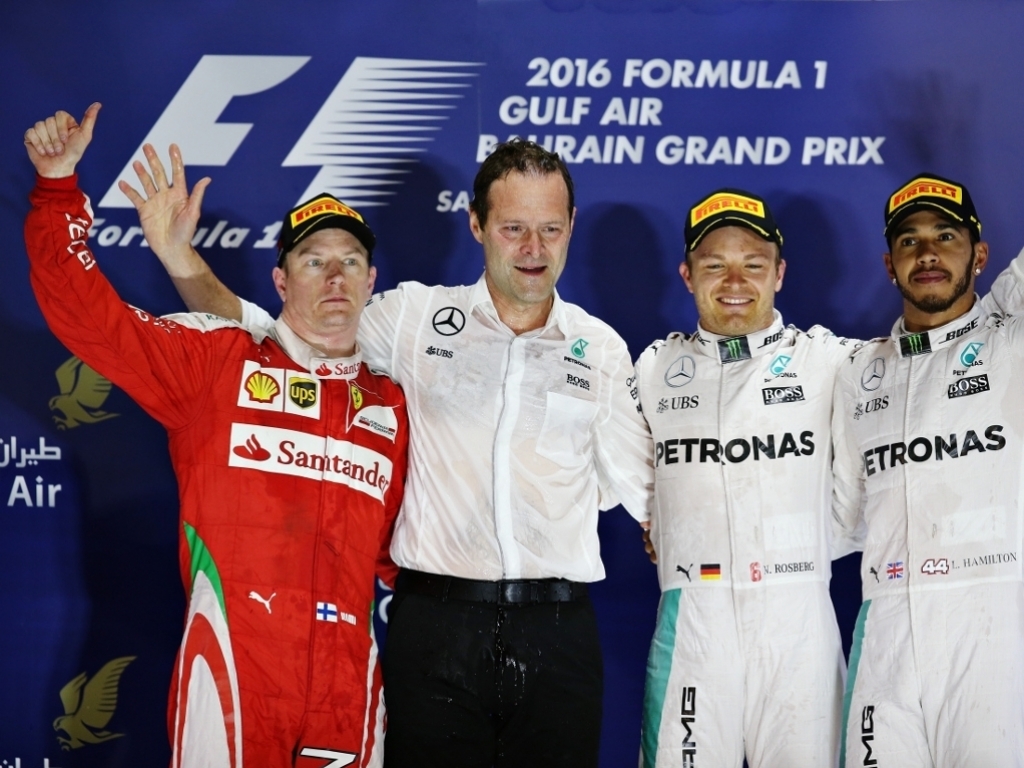 Rosberg rolls on but no luck for Hamilton
It was Nico Rosberg's night under the lights in Bahrain as he led from start to finish to secure his second win of 2016 and fifth win on the bounce.

It was all about the start. Rosberg launched off the line to take the lead – a lead he retained throughout – while Lewis Hamilton tangled with Valtteri Bottas, which compromised both of their races.

Rosberg now has a healthy lead in the championship, but both he and Hamilton have fond memories of the next race on the calendar: China. The German scored his debut win there in 2012 and the defending champion has won more Chinese grands prix than any other driver in history.

Although many pundits tipped Ferrari to challenge Mercedes, the statistics show that the Silver Arrows are near unbeatable having won eight grand prix in a row stretching back to the Singapore Grand Prix in September 2015.

And Vettel…
Sebastian Vettel has emulated Ferrari legend Michael Schumacher in many ways through his career. Failing to take the start at Bahrain invoked memories (the wrong kind if you're in red) of Schumacher's engine failure on the parade lap at the French Grand Prix two decades ago (which reminds the author that he is indeed getting old).

In his first season with the Scuderia, Vettel suffered no race mechanical failures and just one DNF. Kimi Raikkonen endured several DNFs but only one of those was down to a technical issue; the SF15-T was a bulletproof piece of machinery.

But just two races into 2016, the SF16-H has already had two DNFs relating to power unit troubles. Still slower than Mercedes and facing very real reliability gremlins, Ferrari's Maurizio Arrivabene is likely to lose the last of his black hair before the European season begins.

Raikkonen roars again but Bottas wanes
Raikkonen has been a fixture on the Bahrain podium over the years and again found his best form as he drove an aggressive race to claim his first points of 2016.

The 2007 Champion was particularly feisty in T2 and also got one up on his compatriot by overtaking Bottas in the early phase of the race (before the Williams man was slapped with a drive-through penalty for using Hamilton's Mercedes as a kerb at T1 on the opening lap). In addition, Raikkonen managed to keep Rosberg honest, though second would likely have been Hamilton's without the damage caused to the Merc by the Bottas collision.

As for Bottas, he struggled to a poor ninth in Bahrain. Last season's golden boy and incumbent for the seat Raikkonen is expected to vacate finds himself under pressure as he was also beaten by his team-mate Felipe Massa.

But Massa is the least of his problems as youngsters rise
Romain Grosjean and Haas went one better after their sixth in Australia to score a magnificent fifth place.

The Frenchman's performances underscore his class as a top driver. Nearing his 30th birthday, Grosjean boasts the type of experience that Ferrari expect and, unlike Bottas, he is performing.

Bottas (26) and Nico Hulkenberg (28) are being forced to look over their shoulders. Stoffel Vandoorne (24) mixed it with the Williams pair for a while (Martin Brunde referring to him as "a Belgian chocolate in a Williams sandwich") and he went on to score an accomplished 10th on his F1 debut.

A word for the Bahrain International Circuit
F1 has been visiting Sakhir for a dozen years now and the circuit, although lacking the character of some traditional European venues, has the right layout to provide a true racing spectacle.

Turn 1-2 and the sequence through 5, 6, 7 create opportunities for switchback, wheel-to-wheel racing and overtaking that is lacking at many tracks around the world.