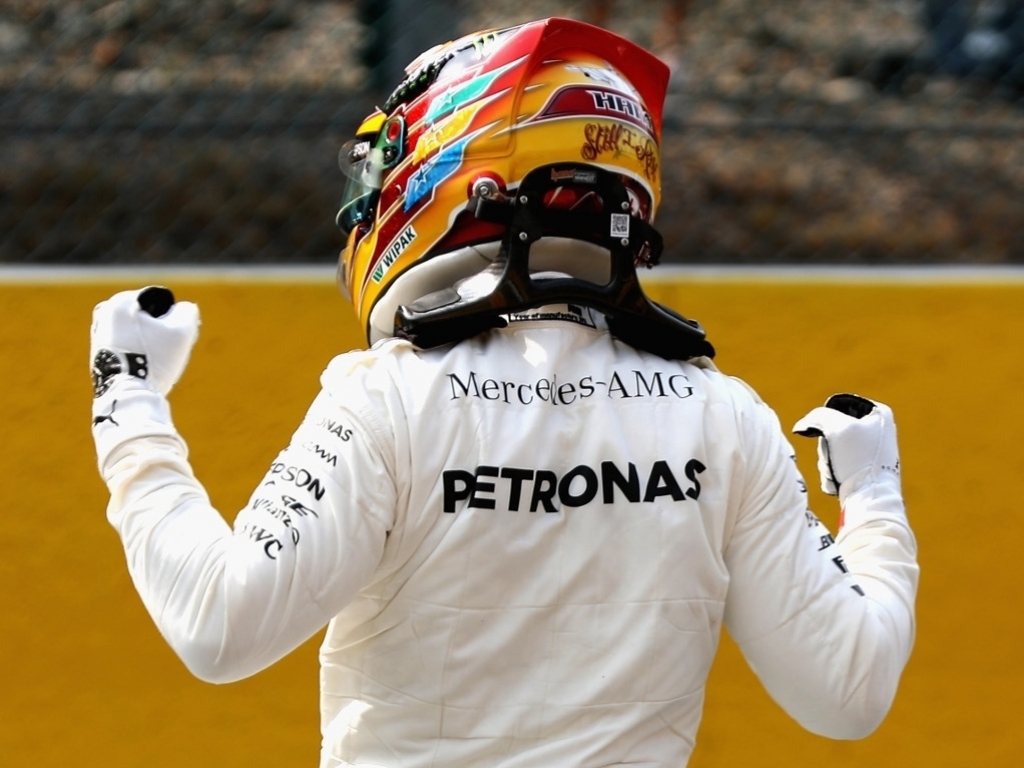 Force India sitting pretty in the pink (in spite of their drivers)
Fourth in the standings and with one of the strongest line-ups on the grid, Force India are in as strong a position as ever. The same cannot be said for the relationship between their gun young driver Esteban Ocon and the master-of-grabbing podiums Sergio Perez.

Perez has been challenged by Ocon’s pace throughout the season and this has manifested in Ocon complaining about an “unfair” situation in Canada when his race was compromised by his team-mate. Then there was the contact in Baku that possibly cost the team a win at best and a podium at worst.

Even before their terrifying contact heading towards Eau Rouge that ruined Force India’s race, Ocon had been on team radio to question why Perez had received what seemed to be a preferential strategy call after collecting a five-second stop-go penalty for going off the track when overtaking Romain Grosjean.

And prior to that, on the opening lap, at the same part of the circuit, Perez squeezed Ocon towards the barriers. The mitigating factor in the first incident is that Perez had a Renault to his left, so room across the track was at a premium. However, the second incident was a more obvious case of Perez moving across to the right to cut off Ocon. In so doing he took off Ocon’s front wing and punctured his own right rear tyre.

After the race Ocon accused Perez of having a death wish and given the speed at which the contact happened – 300kph – the Frenchman has a point.

Force India have now said that they will no longer allow their drivers to enter combat with each other. Questions must be asked about whether the team have done too little to control their drivers and manage their relationship, especially when the simmering tensions throughout the season are taken into account.

Moreover, it seems outrageous that the stewards, after investigating the incident, deemed that no further action was required. Kimi Raikkonen, after all, got a 10-second penalty for failing to slow sufficiently under yellow flag conditions. Again the lack of consistency in applying penalties has emerged as a problem.

Hamilton’s weekend exposes Ferrari weaknesses
Statistical analysis doesn’t always lend itself to F1. Gilles Villeneuve only won six races and never won the title; yet from a qualitative point of view he is still remembered as one of his generation’s greatest. Nelson Piquet’s a triple champion; yet few believe him to be Ayrton Senna’s equal.

Yet this Spa weekend was Lewis Hamilton’s weekend both in terms of his numbers and legacy (equalling Michael Schumacher’s record of 68 poles and, like the German, winning his 200th grand prix), and in the nearer term he halved Sebastian Vettel’s lead in the standings.

Lewis Hamilton holds off Sebastian Vettel to win at Spa

Despite Vettel having the advantage of ultrasoft tyres after the safety car caused by the Force India incident, Ferrari lacked the pace to trouble Hamilton’s Mercedes. The W08’s extra engine mode means that the Silver Arrows are still the team to beat, on power-sensitive circuits and in qualifying alike. Although Ferrari were closer in Belgium than they were at Silverstone, the advantage still lies with Mercedes. And it seems unlikely that Ferrari will have any answers at their home race in Monza next week.

“Unbelievable” failure doesn’t dampen Dutch belief
The grandstands were splashed in orange as thousands of Dutch fans made the short trip from the Netherlands to cheer on their man Max Verstappen (Fernando Alonso cheekily joked that the orange-clad fans were there to support McLaren).

Unfortunately for the Dutch, and for the Red Bull driver, their hopes were crushed when unreliability bedevilled the RB13 yet again. As he ground to a halt, Verstappen, clearly exasperated, described the situation as “unbelievable”. A fourth mechanical failure of the season is unacceptable for Red Bull and Renault.

Although one man is at the start of his career and the other entering his twilight, Verstappen’s woes are similar to Alonso’s insofar as both drivers are too good to be sidelined by poor equipment.

Fears that the Dutch contingent might depart as their driver had proved to be unfounded as they hung around for the rest of the race. That they made the trek to Belgium only proves that Verstappen is dynamite – as Red Bull and Liberty Media are all too aware.

The Badger sniffs an opportunity
Verstappen’s troubles are amplified by Daniel Ricciardo’s stellar form and ability to convert chances into results. Most notably he won in Baku but, by the metric of opportunism, his podium in Belgium is almost as impressive.

If Hamilton is the master qualifier, Ricciardo is the master of race craft. It’s just a pity that Verstappen has failed to muster a clean weekend – sometimes through his own fault – which means it isn’t clear where Verstappen ranks relative to his team-mate in race trim.

Ricciardo’s pass on Valtteri Bottas at the resumption of racing after the safety car – where Kimi Raikkonen also got past the Mercedes – was the move of the race, too.

Massa recovers but what’s up with Williams?
Felipe Massa’s return to the cockpit after missing the Hungarian Grand Prix started poorly on Friday, with a trip across the gravel and into the barriers, which seriously compromised his race preparation. A five-place grid penalty did not help, but the veteran drove a great race to bag eighth place.

Williams are fifth in the standings – a mammoth 58 points behind Force India, despite Force India’s almost unnatural ability to throw away points. Massa has complained that Williams have fallen behind in the development race and, when asked where the team needs to improve the car, Lance Stroll said “in the corners and on the straights”.

It might take some time before Paddy Lowe’s influence trickles through, but with rumours swirling about Alonso possibly joining Williams, it seems that current performances are unlikely to tempt the Spaniard to Grove.

Fernando Alonso has ‘some offers’ from rival teams

“…the other 40 [percent] is still on the table”https://t.co/dubVlyX8Yy #F1 pic.twitter.com/8kGo3iNQVD

Renault on the rise
A podium still eludes Nico Hulkenberg but the German steered the RS17 to sixth place to equal his and Renault’s best performance of the campaign. Although adrift in eighth in the contructors’, largely because of Jolyon Palmer’s awful season, the French marque has made progress in 2017 and in Hulkenberg’s hands the RS17 looks like the best of the rest after Mercedes, Ferrari, and Red Bull.

Given the choice between Williams and Renault, what would you choose if you were Alonso?