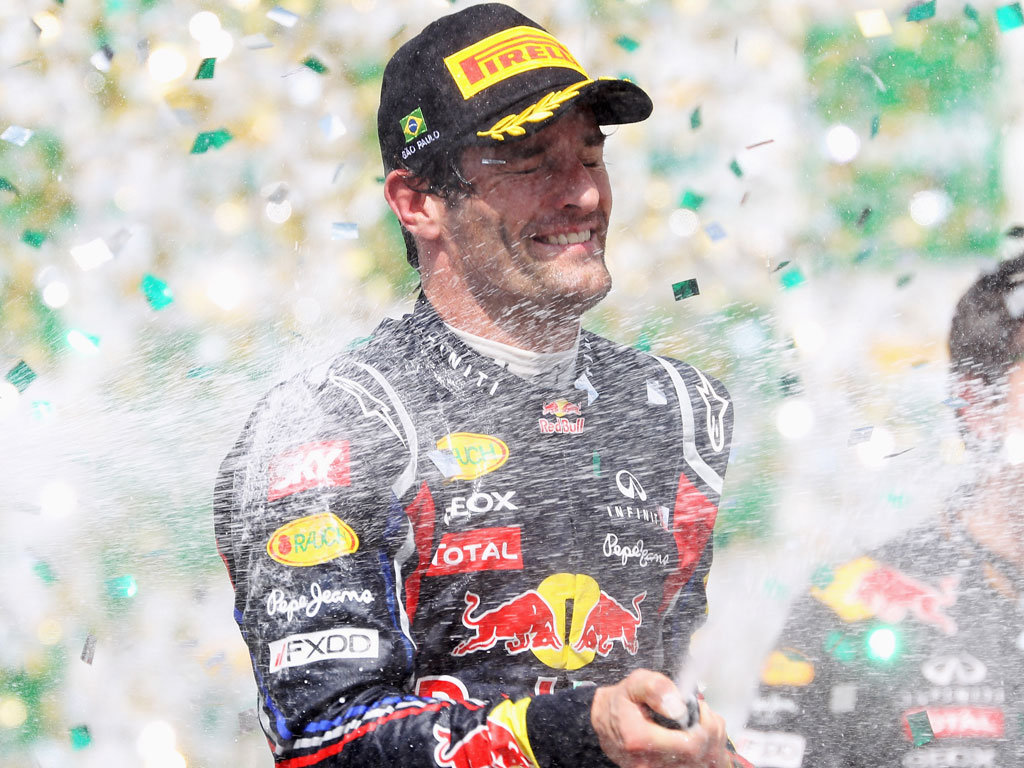 AN END FOR A NEW START
Truth be written at the start, the Brazilian GP didn’t have much going for it. Still, looking on the upside, at least its subdued appearance made it an appropriate end to a season which lost its lustre several races ago. With both Championships as good as over in early September, a season which has been going through the motions for too many weeks this autumn culminated in a race that went through the motions from start to finish. There’s been no Indian summer in F1 this year. Truth be told again, 2011 probably should have ended when F1 left India a month ago.

Brazil, and its oldy-worldy circuit, deserved better. Along with Suzuka, Interlagos is the most under-rated track on the calendar. But it can’t have its own way at the end of every season. There’s an obvious risk to being the host of the final race and having enjoyed the attention gleaned for producing several show-stopping coronations in recent years, Brazil was overdue to a dose of the disinterested. You win some, you have to lose some.

Mark Webber, donated a victory by his team-mate’s dodgy gearbox, is entitled to argue otherwise after securing his first victory of the campaign, and both Sauber and Team Lotus have cause to celebrate after securing as much prize money as they could have dared to wish for in advance, but this weekend’s only purposeful function was to serve up adverts for 2012. You may have noticed them. After such a slow end to 2011, the good news next season can’t begin soon enough.

BRAZIL IN THE WRONG PLACE?
And after such a subdued conclusion, there’s also the question of Brazi’s position in the calendar when it remains so out of sync with the rest of the journey F1 takes after the European leg of the season. Out to Asia, back to the Middle East, across to the west. Any tour agent who dreamed up this itinerary would have long left in the industry.

Next season will literally travel better, with the United States GP – should it actually go ahead, of course – followed immediately by the logical trip south to Interlagos. The aim in general, however, surely ought to be to organise the season so that it includes a month-long American leg, comprised of the Canadian, United States, New Jersey and Brazilian grands prix, in order to prolong the sport’s prominence in the news cycle on that side of the Atlantic and to regionalise F1 on a continent that still views it with suspicion. Justiably so, perhaps, when it makes such uncertain steps there.

OVERTAKES ARE BEST SERVED SLOW
There was, however, one classic moment on Sunday and it wasn’t even Fernando Alonso’s move on Jenson Button (brilliant though it was). Instead the moment of the race was surely Button’s move on Alonso. Though it lacked the daring-do, edge-of-the-seat aesthetics of Alonso’s pass around the McLaren into Turn Six, Button’s overtake was a master class because it amounted to chess at 200mph.

First the storing of KERS into the final chicane, then the move into the first corner to put Alonso offline into the Senna esses and, as a result, vulnerable along the short straight into turn four. A faultless plan with a faultless execution.

RUBENS DIDN’T NEED TO SAY GOODBYE
Not when he might not be leaving and not when he is so determined to stay in the sport. The word ‘servant’ is horribly misapplied in sport, but all credit to Barrichello this weekend for remaining subservient to a sport he evidently cherishes by refusing to let the probable end of his driving duties distract from the main event. That’s a service.

In any case, it is only ‘probable’. Barrichello may yet secure a drive for 2012 and even if he does not then he only has to take a look at Pedro de la Rosa, a driver on a far lower rung, to realise that unforeseen opportunities can still occur. Hang around long enough and someone is bound to pick you up.

Intelligent and, when he’s not moaning about misfortune, likeable, Barrichello ticks all the boxes to become F1’s First Reserve, the ubiquitous driver who is always on hand for an emergency. Heading into the longest season in the sport’s history, it’s a timely position for a driver with a wealth of experience in the bank to put himself in.

A LITTLE TOO LATE FOR SUTIL
Another shot in the arm for Adrian Sutil’s F1 career, with the German’s drive to sixth worthy of consideration as the drive of the day. Sutil has been excellent ever since the season finished as a thing of actual competition, with his best form reserved for the time when it was almost too late. No doubt his revival will be sufficient to keep him in the sport – at the very least, he could look to becoming Mercedes’ third driver with a view to replacing Michael Schumacher within 18 months – but there’s an awkward question that his prospective employers must be asking: just why has it taken the threat of unemployment for him to come to life?

If the awkward question only has awkward answers, at least both parties could consider the compromise and motivation of a pay-for-points deal. It’s a way forward that may prove beneficial for all concerned.

NOT GIVING BRUNO A HAND
Given the spate of crashes he’s been involved in this season and last, it’s a bit rich of Michael Schumacher to have lamented Bruno Senna’s “lack of experience” as the reason for their mutually race-wrecking crash in Brazil. If experience had anything to do with it, Schumacher would be the cleanest driver in the sport. Instead he’s probably the dirtiest.

Still, on this occasion, he was blameless, and whilst it’s not altogether clear why the stewards elected to punish Senna for what looked to be a racing collision, the fact that halfway through the incident he took a hand off the wheel to wave it at Schumacher was reason enough for a penalty. Communication by semaphore at such speed is as dangerous as it is pointless.