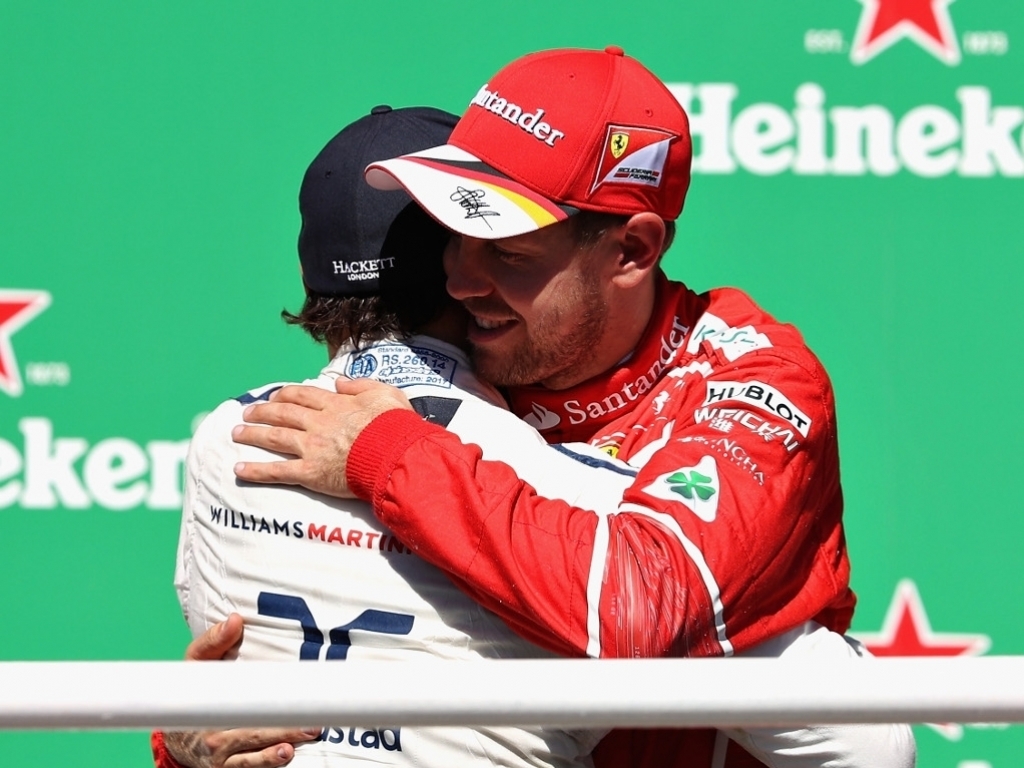 Felipe Massa signed off in style at home while Sebastian Vettel needs to use Sunday’s triumph as motivation for 2018.

Farewell, Felipe
The man who could’ve been champion – indeed who in some respects was champion for a matter of seconds in 2008 – has said goodbye to his beloved Brazilians fans; for the second time; and this time for real. With 11 wins and 41 podiums to his name, Massa has a fine record in the sport. However, the man who had two Interlagos farewells also had, in effect, two careers.

The pre-2009 injury Massa was a different driver to the one who came back in 2010. He would not win again after the injury and only scored 11 podiums, compared with the 30 before. He struggled against Fernando Alonso at Ferrari, which most notably manifested in the infamous “Fernando is faster than you” radio message in Germany in 2010.

Massa’s final home race gave him the opportunity to exorcise some of those ghosts as he fought brilliantly to hold off Alonso to claim seventh on Sunday. And it was nice touch from Liberty Media to give Massa an opportunity to join the podium ceremony. That wouldn’t have happened in ‘old’ F1.

Vettel must put setbacks aside and focus on 2018
Sebastian Vettel was somewhat downbeat on team radio after winning his 46th career grand prix and fifth of the year. His disappointment stems from the dismal run since winning in Budapest – a seven-race snap without a victory and with just three podiums.

This is the period in which Ferrari and Vettel lost the title, which is all the more galling considering the race pace the German showed in Brazil. The Scuderia will be eager to secure another win in Abu Dhabi to take momentum into 2018. Lest we forget that Nico Rosberg’s title success in 2016 was built on taking race wins at the end of 2015 after losing the title to Lewis Hamilton that year.

Mercedes are still the team to beat but Brazil highlights problems
Hamilton showed exceptional race pace to scythe his way up to fourth after starting in the pitlane due to his error in qualifying. However, as good as the champion was, the W08 exhibited severe understeer when Hamilton was following cars. The Mercedes is fastest when out front but lacks the balance of Ferrari and Red Bull when in dirty air. This isn’t a major problem against backmarkers and the midfield, but against faster rivals it does represent a challenge for the team to overcome, especially with Red Bull and even McLaren potentially being closer to the front next season.

The other issue is in the cockpit. Two wins and 12 podiums is far from a measly return for Valtteri Bottas in his debut season with the Silver Arrows. Yet the deficit to Hamilton in qualifying in the latter parts of the season along with today’s troubles converting pole into a win may just be a cause for concern. The Finn must do better in 2018.

IN PICTURES: A whole weekend's worth of super snaps for our #BrazilGP scrapbook 👉 https://t.co/1oBcuxpMvv #F1 pic.twitter.com/9fRmmeSV41

Renault downgrade hinders Red Bull and the works team
Max Verstappen said before the race that Red Bull was losing about half a second to Mercedes and Ferrari down the straights. Renault’s restriction on the turbo to mitigate for the reliability woes suffered in Mexico hurt Red Bull and meant Verstappen was never in the fight for a podium.

Nico Hulkenberg and Carlos Sainz, in the yellow works Renaults, suffered in a similar way and could only manage tenth and 11th. Toro Rosso and the French manufacturer also engaged in some verbal sparring about reliability of the power unit.

Of course Toro Rosso make the risky switch to Honda next year, but for Red Bull and Renault, and indeed McLaren, a more powerful and reliable power unit can’t come soon enough.

Other observations
Alonso drove the wheels off his McLaren but couldn’t get past Massa. The Spaniard’s dogged displays are as impressive as ever. As impressive was his applauding Massa as the Brazilian drove into the pits at the end of the race.

"The lack of power is quite worrying for Toro Rosso next year."

Fernando Alonso sticks the boot into Honda after P8 finish in Brazil.https://t.co/lxdLJf8jMn#F1 pic.twitter.com/cnyfoeiWH0

Esteban Ocon’s record of finishing every race he started came to an end in Brazil after tangling with Romain Grosjean on lap 1. Team-mate Sergio Perez finished ninth to narrowly extend his lead in one of the closest inter-team battles in the paddock.

Grosjean was unlucky to be served with a 10-second time penalty for the contact with Ocon. There were a number of mitigating factors. It was early doors, for one. Second, Ocon took a risk by taking the outside line, and third Grosjean’s Haas understeered through the corner on cold tyres. It was a harsh penalty, but then again what’s an F1 race without a shocker from the stewards?

Some of the lunges into turn 1 and ensuing overtakes from Daniel Ricciardo defied belief. Super-confident on the brakes and blessed with a sixth sense to perfectly place the car, the Australian again made a case for the unofficial title as F1’s best overtaker.