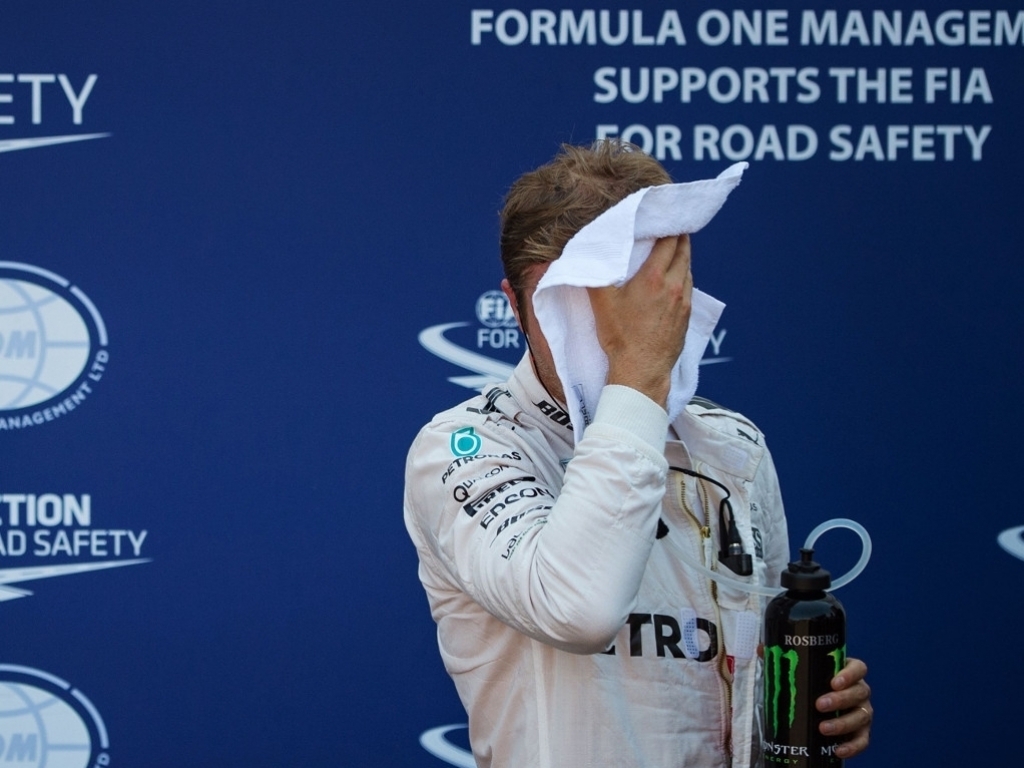 When is a radio ban not much of a ban? When 10 seconds is the price one pays for breaking it…

Radio Ban Is ‘Complete Rubbish’
Christian Horner summed it up best when he labelled the ban on radio communications “complete rubbish”, and it is rubbish that is destroying the show.

Earlier this season at the Azerbaijan Grand Prix, Lewis Hamilton was unable to compete when he struggled with his engine mode settings. The pit wall was unable to help him because of the ban and Hamilton put in a feeble drive to fifth place while Nico Rosberg ran unchallenged at the front.

Less than a month later the tables were turned as Hamilton cruised to victory at Silverstone while Rosberg encountered a problem that he needed the pit wall’s help to resolve.

This time Mercedes did just that, instructing the driver on how to shift through the problem.

Rosberg was handed a 10-second penalty, dropping him from second to third, a penalty that Mercedes are appealing because let’s be honest this rule, even their rivals say, is “complete rubbish.”

10 Seconds Is Not Much Of Deterrent
With no set penalty for breaching Formula 1’s team radio rule, the stewards – after three hours of deliberation – imposed a 10-second time penalty on Nico Rosberg.

That has now set a precedent, and one that may prove to be a pathetic deterrent.

Faced with the possibility of a driver not reaching the chequered flag, or doing so having lost several places, teams may decide that they will happily take the ten seconds.

Taking a look at Sunday’s British GP results (without imposing Rosberg’s penalty), a 10-second time penalty would have dropped race winner Lewis Hamilton from first to third, Max Verstappen from third to third, Daniel Ricciardo from fourth to fourth, Kimi Raikkonen from fifth to seventh, Sergio Perez from sixth to eighth and Nico Hulkenberg from seventh to eight.

With the biggest falls seeming to be just two places, the only one who would really have felt the points would have been Hamilton as his 25 would have become 15. But that 15 would still be better than a possible DNF.

Hamilton Is Supreme At Home
Lewis Hamilton raced, romped, cruised, strolled, destroyed on his way to an unchallenged victory at the British Grand Prix, his third successive win at his home race.

He said prior to Sunday’s outing that he gets tenths from the crowd and that was evident as he rose to the occasion to take pole position, in a final lap all-or-nothing after his earlier P1 time was deleted.

And in the 52-lap grand prix he did everything right as he built up a lead on the intermediate tyres and held it comfortably after the switch to dry tyres. Dry tyres that lasted 35 laps!

Four British GP wins in the bag means Hamilton is now the most successful British driver at the British GP.

Pirelli’s Full Wets Are Full Of It
Sebastian Vettel delivered a damning verdict on Pirelli’s full wet tyres, saying the only reason the drivers stayed behind the Safety Car for as long as it did is because “nobody has any trust in the extreme wets.”

In recent years Pirelli have come in for some stick regarding their tyres, especially their full wets, prompting the Italian supplier to hold a wet tyre test prior ot the start of this season.

But that test seems to have resolved very little.

Despite drivers saying it was time for the Safety Car to pit, and that it was almost intermediate conditions, it remained out on track until the end of lap five with several drivers pitting immediately to swap their extreme wets for inters.

And Vettel says that is because Pirelli’s full wets are full of it.

“So you’d rather take a lot of risk going on to the intermediates where there was a lot of aquaplaning in the beginning, simply because it’s the quicker tyre.

“I think we’ve mentioned a couple of times that the extreme wets are basically good enough to follow the Safety Car and then you want to fit the intermediates. So nothing has changed in that regard.”

Red Bull Rise, Ferrari Fall
When one goes up another has to come down, a lesson that has left Ferrari reeling, costing them the title of ‘best of the rest’, which is firmly in Red Bull’s hands.

Red Bull proved to be Mercedes’ main challenger throughout the British Grand Prix weekend as they lined up third and fourth on the grid while Max Verstappen took the fight, and passed him, to Nico Rosberg. He eventually took second off the German as a result of the latter’s penalty. Daniel Ricciardo was fourth.

In was a great weekend for Red Bull with Ricciardo also passing Sebastian Vettel in the Drivers’ standings as a wretched showing in Sunday’s race culminated in a P9 for the Ferrari driver, who once again had a gearbox penalty.

Kimi Raikkonen may have finished P5 but at no stage did he appear set to challenge, finishing over 40 seconds behind Ricciardo.