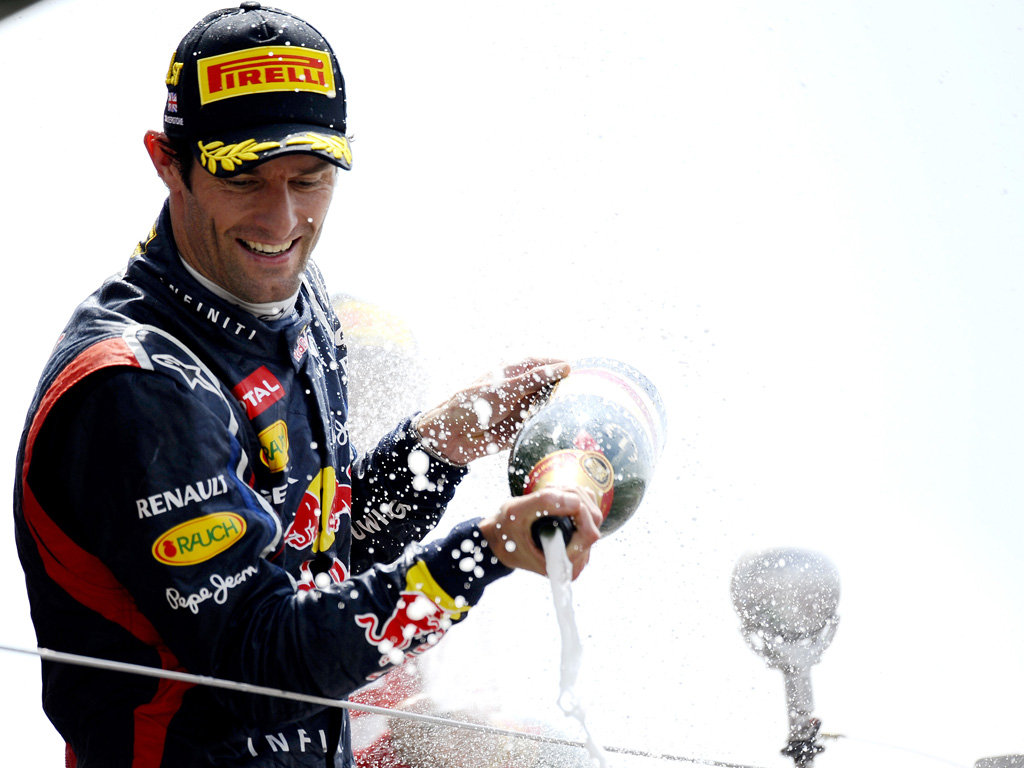 Asking the wrong question with McLaren, Fernando’s latest Houdini act, and where next for Paul di Resta and Sebastian Vettel…

Asking the wrong question with McLaren, Fernando’s latest Houdini act, and where next for Paul di Resta and Sebastian Vettel…

Don’t write off McLaren yet. But…
And then there were two? Red Bull and Ferrari – one and two on Saturday; one, two, three and four on Sunday – would like to think so, but it would be foolish to write off McLaren in such a fickle season. Foolish and inappropriate; the team fell so far flat this weekend that if the question is to be asked whether Red Bull and Ferrari are now poised to enter into a two-team, three-car battle for the championship, then the answer must first begin with an appraisal of Lotus and Mercedes’ prospects.

McLaren have disappeared off the front-running radar since returning from Canada and whether they are now merely fifth fastest or sixth slowest is irrelevant compared to the point brutally highlighted by Red Bull boss Christian Horner afterwards: “McLaren were never really a factor in the race.”

They weren’t, and most alarmingly of all, they weren’t a leading presence in either the race run on the soft tyres or the longer version on the hards. They were simply slow from start to finish with Button’s fastest lap of the race one-and-a-half seconds off the leading pace and Hamilton – fifteenth in the fastest lap charts – a further tenth-of-a-second adrift of where McLaren were at the start of the season. How the mighty have fallen? It’s not even that reassuring just yet because the brutal reality is that McLaren could and should have fallen further still on Sunday with only the various mistakes of Nico Hulkenberg, Kamui Kobayashi and Pastor Maldonado, which resulted in the luckless demise of Sergio Perez, sparing Button and Hamilton the abject humiliation of relegation to the lower reaches of the midfield.

Like a Silverstone car park, McLaren were made to look a sorry mess this weekend. Just how has it come to this? From leading the way in Australia, McLaren are suddenly lost in no-man’s land and, as Damon Hill remarked with evident confusion, it’s almost as if there’s a secret that the rest of the field have worked out since Melbourne which McLaren are yet to fathom.

In the absence of any other convincing explanation for why they’ve retreated into a midfield wilderness, one theory worth peddling is that the team took a wrong turn when Button lurched into crisis mode after Bahrain, taking a misguiding lead from a driver whose technical feedback they came to rely upon and implicitly trust last season but whose precise style runs kilter to this year’s instability born of the ban on exhaust-blowing diffusers. An unneverving line from Mark Hughes’ latest column into the team’s ongoing demise is that ‘when Button suggested a new direction after Bahrain, the team did not question it’. Since then, driver and team have been racing up a dead end and even in Canada, when Hamilton triumphed, there was a tell-tale clue in Jenson’s horror-show that McLaren were slowly becoming undone. Now it seems they’ve lost their way to the extent of losing all sense of direction.

There’s time for a recovery and optimism to be taken from Ferrari’s turnaround, but whereas Ferrari understood almost from the day of its birth why the F2012 was flawed, the fear surrounding McLaren is that are baffled by their loss of performance. No doubt Button and Hamilton both meant well when they reported on Sunday night that the MP4-27 had felt good (or, as Lewis put it, “our car doesn’t feel bad”), but that implied reassurance was the truly frightening thing about their day and the predicament that now awaits the team back at base: just as you can’t fix something when you don’t know what’s broke, you can’t win a development war when you don’t what battle you’re fighting.

Speed, not strategy, defeated Ferrari
The other puzzle of Sunday was why Ferrari’s strategy ultimately proved defeatist because, regardless of whether or not they erroneously expected rain to fall during the race, starting on the hards should have been the correct decision.

With Webber starting on the faster soft compound, the critical advantage which ought to have worked in Alonso’s favour is that not only would the softs be faster at the end of the race rather than the start due to the track ‘rubbering in’ and therefore causing less graining, but Webber would have been compromised by the removal of DRS for the opening laps and Alonso thus able to block his way despite being slower. And, of course, Ferrari would have all bases covered by the halfway stage if rain began to fall.

Yet they still lost. Why? The explanation is surely a straightforward matter of speed – which Ferrari had less of than both Red Bull and Lotus. A return to the fastest-laps charts finds Alonso just eighth, a statistic which starkly illustrates just how well Ferrari’s resident genius did to retain second place, let alone lead the race for so long. If his grand prix weekend has a story, it’s a tale of escapology – from surviving a spin and a yellow flag in qualifying, to ultimately beating Sebastian Vettel on account of Michael Schumacher’s road-block through the opening ten laps of the race.

Lotus still in a losing position with winning pace
Seventeen seconds behind Mark Webber at the finish, what if Romain Grosjean hadn’t dumped his Lotus into the gravel at the end of Q2 on Saturday? The answer is that he would surely have challenged for victory and very probably claimed it.

The fact that the ever-increasingly impressive Frenchman ended up so close to the Red Bull despite also being forced to pit for a new nose on the first lap is another cause for what-if wistfulness, but actually rather misleading: all it meant was that Grosjean was able to dump the softs early on and run five laps longer than scheduled on each of his two stints on the hards. It was, in short, no big deal.

Nonetheless, the point that can’t be overlooked that is the two cars top of Sunday’s fastest-laps charts were both Lotuses; the only matter of contention is whether that position ought to give the team satisfaction or concern that yet another winnable race has slipped from their grasp. Only time will be the teller.

Pastor is the black sheep of the flock
So what will it take for Pastor Maldonado to receive a race ban? ‘A permanent race-steward’ is as good as answer as any – and probably a little more objective than most. His latest infringement wasn’t as inexcusable as his ram into the side of Hamilton two weeks ago, or as seemingly-deliberate as he barge into the side of Perez in Monaco practice two months ago, but under any sort of totting-up process the Williams driver would surely be facing a suspension rather than a pathetically-paltry fine and an pointless reprimand that is an insult to the meaning of the word.

For the good of motorsport, a ban is now required. F1 is the pinnacle of the profession and Maldonado’s recklessness is rapidly