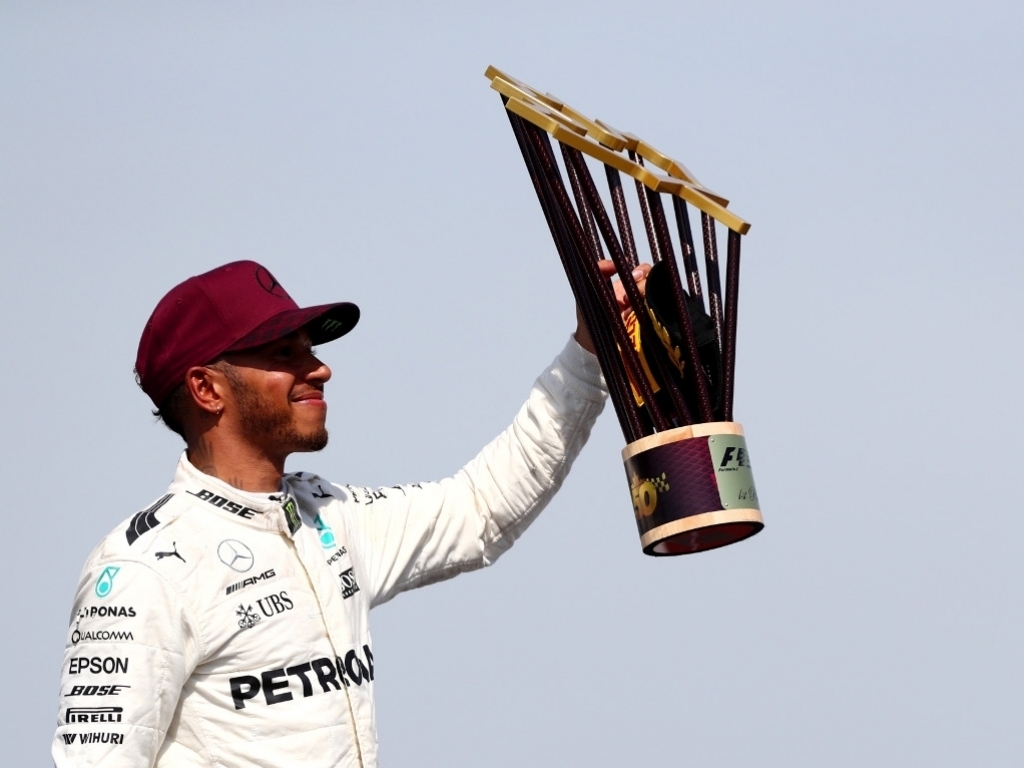 Lewis Hamilton hit back in Canada, Lance Stroll made his point and Carlos Sainz should take some lessons from Romain Grosjean.

Hamilton strikes back but the war is far from over
Both Monaco and Montreal have been exercises in damage limitation for the title contenders and don’t be fooled: both Lewis Hamilton and Sebastian Vettel will have more days like this as the season progresses.

An endless number of variables will, no doubt, come into play: There will be grid penalties, yellow flags in qualifying, first-lap incidents, technical problems, and adverse weather. The title will be won by the team and driver who can best weather these challenges.

On the evidence of the last two grands prix, the protagonists are both well equipped to face difficult race days.

Vettel’s first lap woe and an underwhelming showing from Valtteri Bottas left Hamilton unchallenged at the front. Hamilton also suggested after the race that Mercedes now had a better understanding of their “diva” W08.

Despite finishing outside the podium for the first time this season, Vettel’s drive in Canada underscored his title credentials. Charging through the pack from last to collect fourth represents an excellent day’s work for the German and was reminiscent of his overtaking show in Abu Dhabi in 2012, when he finished third after starting at the back of the grid.

His overtaking move on Ocon, on the dirty side of the track, on which the Ferrari squirmed and wriggled under braking, was both brave and beautiful to see. It was real racing and given how much Vettel had at stake, arguably the best overtake of the season so far.

Even a fine recovery drive can’t belie that the points and momentum swing towards Hamilton’s favour. But with the dog days of the summer season upon us, races will be coming thick and fast. Be assured that title pendulum will keep swinging.

Ocon sees red in pink panther duel
The question of team orders and fair racing between team-mates is a perennial one. In Monaco it was the Ferrari saga and in Canada it was the pink panthers embroiled in a feisty, and ultimately bitter, debacle.

The narrative thread goes something like this: Young gun Esteban Ocon was held up by seasoned stablemate Sergio Perez, which cost Ocon a shot at challenging Daniel Ricciardo for the last podium position. Ocon was on fresher rubber – 13 laps fresher to be precise – and had run as high as second before pitting, comfortably keeping Bottas at bay.

After the race the Frenchman decried to Force India that the situation had been “unfair”, because Perez had not moved over. In the historical sense of romanticised racing, the analysis is clear. Ocon, if he were faster, should have had the skill to pass the Mexican.

The more modern line of thinking would suggest that the team should have taken a firmer hand with Perez and ensured he had played the team game to give Ocon the opportunity to attack Ricciardo.

If this is the basic shape of the narrative, let us not forget that a significant backstory was reportedly playing out in the paddock on Saturday, with Perez’s representatives said to be in Montreal for talks with Ferrari over a possible drive for the Scuderia in 2017.

With the McLaren adventure a faded memory, Perez is seen as a safe pair of hands who will bag the points and maximise results when they are on offer. Seven career podiums, all for the unfancied Sauber and Force India outfits, attest to his skill and talent.

As a man in the shop window and with Ferrari in the market, there was no way Perez was going to step aside. Ocon, meanwhile, has done enough in the first seven grands prix of 2017 to also put himself in the shop window. Feuding team-mates may end of being a short-term problem for Force India. The team could easily lose one or both of their drivers come the end of the season.

Stroll comes good
Lance Stroll has had an abject start to his F1 career, but even his harshest critics won’t begrudge him his first points finish. That it came at his home grand prix makes the result just that little bit more special.

Although Stroll is the 14th Canadian to race in F1, he is only the third to score a point. This puts him in illustrious company. Gilles Villeneuve, the archetypal racers’ racer, won six times. Son Jacques bagged 11 victories and, of course, the 1997 world title.

“It was just about time and things falling into place” – @lance_stroll scores his first F1 points with home fans watching #CanadianGP pic.twitter.com/91Z2en7gPU

Speaking of Sainz
Sainz is an undoubted talent. He has been on Renault’s radar and has even been tipped as a future Ferrari driver. He impressed alongside Max Verstappen and has generally beaten Daniil Kvyat. But he needs to tread carefully as two collisions in 2017, both of which have been deemed his fault by the stewards, could damage his reputation.

In Bahrain he collided with Stroll on lap 12 after exiting the pitlane. The ensuing grid penalty compromised his race in Russia, though he did manage to recover to claim a point. Sainz’s contact with Romain Grosjean on lap 1 in Montreal, which ruined the Haas driver’s race and forced Felipe Massa into retirement, has also resulted in a three-place grid penalty for the next race in Baku.

Incident between Sainz and Massa under investigation. A look at Grosjean and Sainz would be better… #F1 #CanadianGP pic.twitter.com/O2cjXgY0DQ

Grosjean called Sainz’s driving “dangerous” and the young Spaniard might do well to replicate Grosjean’s approach to racing. Once dubbed “a first-lap nutcase” for his wild and unpredictable racing, the Frenchman has calmed significantly, at least in his driving style. His radio messages, it must be said, remain wild.

Other notes
* Kvyat called the stewarding at the Canadian Grand Prix a “stupid circus” after the stewards gave him a second penalty after handing him the incorrect penalty the first time for his parade lap misdemeanour. One thing Ross Brawn and co should be assessing in ‘new F1’ is both the nature of penalties and the way they are handed down. As this column noted last week, time penalties is one area that needs to be optimised ASAP to improve the racing.

* Fernando Alonso called the speed differential between the McLaren Honda and other cars “dangerous” in Montreal. Canadian fans showed their adoration for the two-time champion after he retired (yet again) and the paddock is abuzz with talk that McLaren will be powered by Mercedes from 2018 onwards.

* Max Verstappen’s start was a thing of wonder, though as Vettel said, the Red Bull driver was fortunate not to puncture the tyre that shredded the Ferrari’s front wing. It is unlikely that Verstappen had the pace to challenge Hamilton but Bottas may have been under threat given that he was in a Red Bull sandwich and that they could have split their strategy to jump the Mercedes during the pit stops. And how long before the Red Bull star’s frustrations boil over and Verstappen asks to jump ship? There is, after all, likely to be a vacancy at Ferrari in 2018.