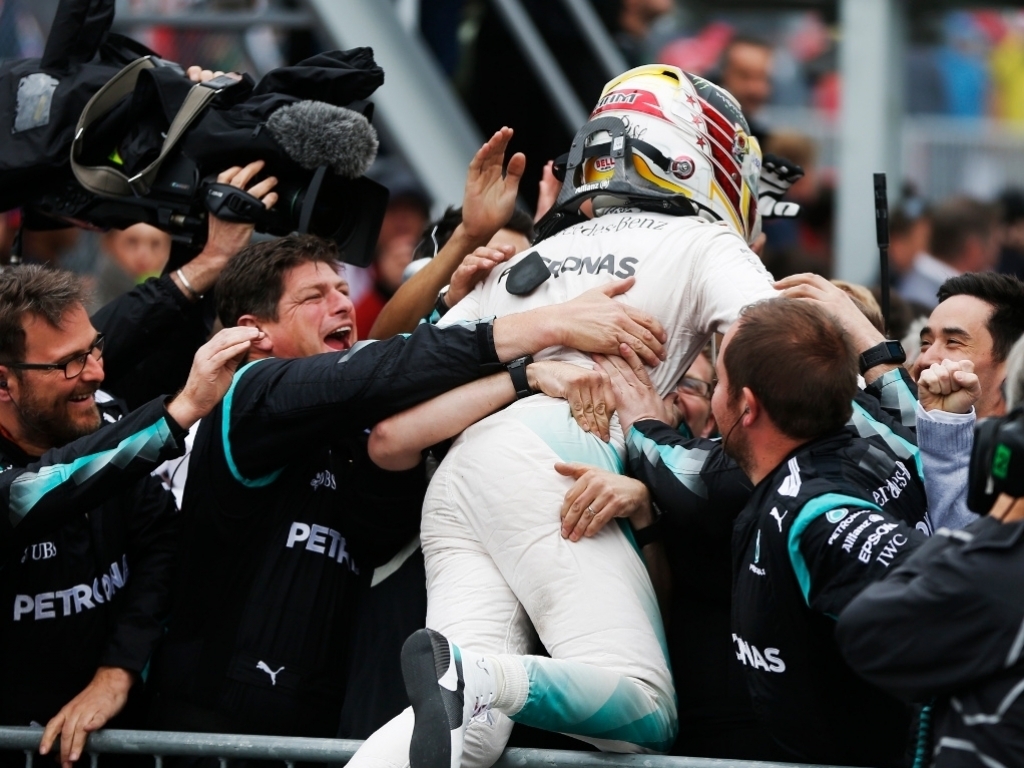 Sting Like a Bee…
Lewis Hamilton paid tribute to Muhammed Ali after piloting his Mercedes to a second straight grand prix victory in 2016.

A boxing analogy, then, may be appropriate because after bossing the early rounds of the campaign, Nico Rosberg's apparent soft underbelly was exposed in the close combat sparring into T1 in Montreal.

Rosberg's race was compromised at the start when he took up a position on his team-mate's outside, only for Hamilton's car to make light contact with his. The German subsequently ran out of space and off the track before rejoining in the midfield pack.

While the Lewis Hamilton double salvo in Monaco and Canada has bagged the Champ 50 points, the Championship leader Rosberg has accumulated a mere 16. The net result leaves Rosberg just nine points clear.

Rosberg then put it all on the line in the closing stages when squabbling with Max Verstappen for fourth place – and a mere two extra points.

The ensuing spin was emblematic of Rosberg's messy afternoon, but was the move courageous or foolhardy and risky? Regardless, the man who won the first four grands prix of 2016 is now feeling the pressure.

No Christmas Cards For Red Bull And Ferrari?
Red Bull's pit-stop blemish in Monaco gifted Hamilton his win in the Principality, while Ferrari's decision to concede track position and stop twice in Canada made the Brit's life much easier.

In a game of counterfactuals in which we assume that Daniel Ricciardo won in Monte Carlo and Sebastian Vettel in Montreal, Rosberg's lead in the standings would be far more comfortable 23 points.

As we've noted before, although Azerbaijan is unknown territory for F1, the next race is on the streets of Baku and could suit Red Bull's strong traction and aero package

Yet the tightening of the competitive order will not be lost on Mercedes will be keeping an eye on both Ricciardo and Vettel.

Two-Stop Aggression
Ferrari committed both cars to a two-stop strategy under the virtual safety in the early phase of the race.

The strategy ultimately failed to score Ferrari a first win of 2016 and poses yet more questions about the team's strategic nous. However, from a mental perspective the Scuderia's recent upgrades seem to have imbued a newfound sense of confidence, which prompted the to run their own race and take it to Mercedes.

Although Vettel seemed to squeeze the maximum out of quali, his race was riddled with errors. Several lockups going into T1, including one resulting in him having to go through the escape road, suggests the four-time Champ isn't quite at his best. And he will have to be if he is going to routinely challenge – and beat – the Mercs.

Though one can't fault his sense of humour, as he told the media that birdwatching, namely seagulls, distracted him in the braking zone.

Also noteworthy was Vettel's launch off the line. F1 may be technologically advanced and complex to produce downforce and allow high-speed cornering, but the German's incredible start reminds us that the thrill of speed comes in many forms.

Bottas is Back. Who?
8, 9, 10, 4, 5, 12 is a sequence that sounds like a child learning to count. It is also a sequence that Valtteri Bottas was delighted to cap with a podium on Sunday.

This was Williams' first visit to the podium since Bottas claimed third on November 1, 2015 in Mexico.

The Finn has an affinity to Canada, having finished third there in 2015 and 2016, and for his constructor the result marks a welcome return to form after a difficult season in which Red Bull have generally got the better of them.

On an individual level, Bottas will be eager to keep his name in the shop window amid the vortex of rumours in the drivers' market.

Cracks Appearing at McLaren-Honda
Jenson Button's engine failure and Fernando Alonso's 11th position looks like a fair representation of where McLaren find themselves in mid-2016.

Alonso's request via team radio to retire the car late in the race while running 12th is the first major sign of distress from Woking.

Almost 35, the Spaniard's comments in Montreal will spark renewed speculation about his future, not least with Stoffel Vandoorne waiting in the wings.