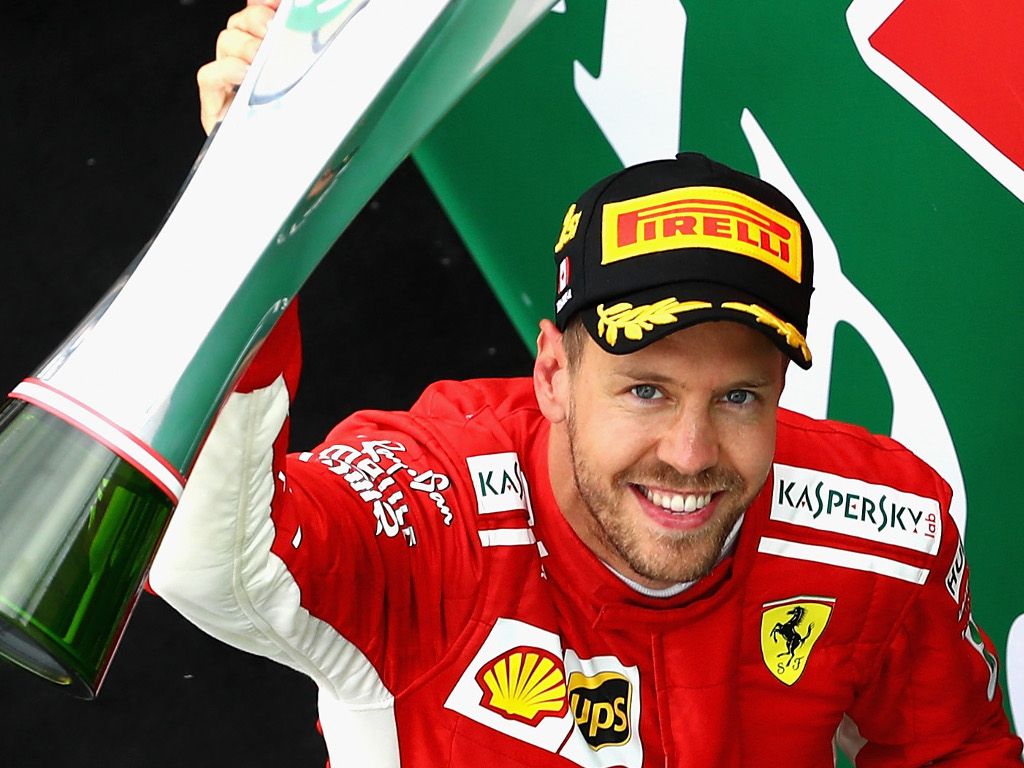 The Canadian Grand Prix may not have not have been one for the highlight reel but at least the result breathed some fire into the title race.

They say beware the Ides of March, but for Sebastian Vettel it was April and May that threatened to derail his title tilt. After winning the opening two grands prix, Vettel finished 8th, 4th, 4th in the next three races due to a combination of Max Verstappen’s madness, a bold overtaking attempt, and a mistimed safety car.

Although second in Monaco marked a slight return to form, victory at the Circuit de Gilles Villeneuve suggests a recalibration in the title race is needed. During the fallow patch Ferrari had faced scrutiny from the FIA over alleged oil burn, while it’s innovative aero work around the mirrors on the halo was also deemed illegal. Vettel’s celebratory dance with Prancing Horse flag in hand was telling, for it betrayed his relief that Ferrari are back on the top step on the podium despite the dip in form through spring.

The German played down both the import of Ferrari’s win and it being his 50th race win to instead pay tribute to Gilles Villeneuve four decades after the Canadian won his first ever race on Canadian soil. This was a nice touch from Vettel, though claiming a one-point lead in the title race will mean much more through the busy summer period. Ferrari team boss Maurizio Arrivabene won’t get carried away though. “We have to keep our head down; keep working hard,” was his post-race analysis.

Best of the rest as a bad habit

Mercedes is a team unaccustomed to finished second in the hybrid-turbo era. And finishing behind Ferrari on a power-based circuit reiterates the point that the silver cars are no longer in a different class. After the race, Niki Lauda praised Ferrari’s entire package, even noting their supreme fuel consumption.

Lewis Hamilton had another off-weekend, where he was moody and a couple of tenths off the pace. It’s probably premature to suggest that his talents are waning given the nature of some of his performances in 2018, yet it is noteworthy that it was Valtteri Bottas who led the Mercedes charge (again).

His second place in Canada is his fourth runner-up placing of the year, and brings him to 3-4 in race results versus Hamilton — with the caveat that Hamilton inherited what should have been Bottas’s win in Baku. Finishing second has become a bad habit for both Bottas and Mercedes. It just isn’t clear where the wins might come from, however, because Ferrari seem faster on power circuits, while Red Bull are quicker at slower venues.

The Canadian Grand Prix is often a race for the purists. The slow corners coupled with long straights and heavy braking zones has, through the years, made for good overtaking and many a spectacular race.

This season’s race did not live up to the vintage of 1995 (Jean Alesi’s only F1 win) or 2011 (Jenson Button’s crazy win) or 2014 (when Daniel Ricciardo took the chequered flag). Speaking of which, that Sunday’s chequered flag came out of lap early is a major embarrassment, but who could blame the supermodel entrusted with the flag because it really was a race to forget with little in the way of wheel-to-wheel racing. Then again, this is not what Liberty has in mind when it talks about reformatting the race weekend.

The big three stretch their legs

Vettel lapped every car on the circuit up to his team-mate Kimi Raikkonen, who finished sixth. Such is the dominance of the Scuderia, Red Bull and Mercedes, the chance of a podium on a normal race weekend for the rest of the manufacturers is next to zero. Of course Sergio Perez has made a habit of capitalising on retirements from the big three, but the gulf between them and the rest is a problem for the sport.

The recent three-way battle for race wins provides something of a distraction from this issue, but the performance of Red Bull is a particularly notable benchmark for they are Renault’s customers. Yet Renault are miles off the pace of the Bulls in a manner, indeed, that McLaren are miles off Renault with the same power units.

Renault, it must be said, are making progress in 2018 but despite Fernando Alonso claiming points early in the season, McLaren’s form is downright embarrassing. What odds on Alonso deciding not to return after Le Mans? And how long will it take for another team to break the triumvirate up front?

Red Bull ran a counter strategy to Ferrari and Mercedes and maximised the result by beating both Hamilton and a Ferrari. Daniel Ricciardo nipped past Raikkonen at the start and then used the overcut to get ahead of Hamilton during the pit stops. More encouraging, perhaps, is the race pace that both cars showed, and that Verstappen finally had a clean weekend, as team boss Christian Horner noted after the race.

A solid haul of points and a 13th #F1 podium for our Dutchie 💪🦁 #CanadianGP 🇨🇦 #F1 pic.twitter.com/rpFxebZS7k

Yet another Championship point for Charles Leclerc, who also showed incredible resilience to hold off a rampant Alonso in the early phase of the race. Martin Brundle raised the question whether Ferrari should persist with Raikkonen — who finished 27 seconds behind Vettel — or give Leclerc a drive in 2019. The jury is still out, though a few more performances such as the one in Canada will make a strong case for the Sauber star to get the call.

Esteban Ocon again got the better of Perez, and if results in which both cars finished are considered it is the Frenchman who is ahead 4-1, Perez’s excellent Baku podium notwithstanding. Ocon is not only putting pressure on his Mexican team-mate, but as a Mercedes junior on Bottas too. There is a suggestion that Ocon has yet to prove himself in wheel-to-wheel racing given his troubles versus Carlos Sainz on Sunday, but to be fair to him overtaking was difficult not only for him by the likes of Alonso and co as well.

The collision between Lance Stroll and Brendon Hartley on lap 1 offers yet more vindication for the halo (does anyone even notice it any more?). Sergey Sirotkin, meanwhile, in the sister Williams, finished last to cap yet another horror show for Williams.

It was a tough weekend for Romain Grosjean, who hit a groundhog in practice and missed qualifying due to a power-unit failure. But he arguably drove his best race of the season to finish ahead of his team-mate, though as fine a drive as it was it was not enough to claim a first point of the campaign.