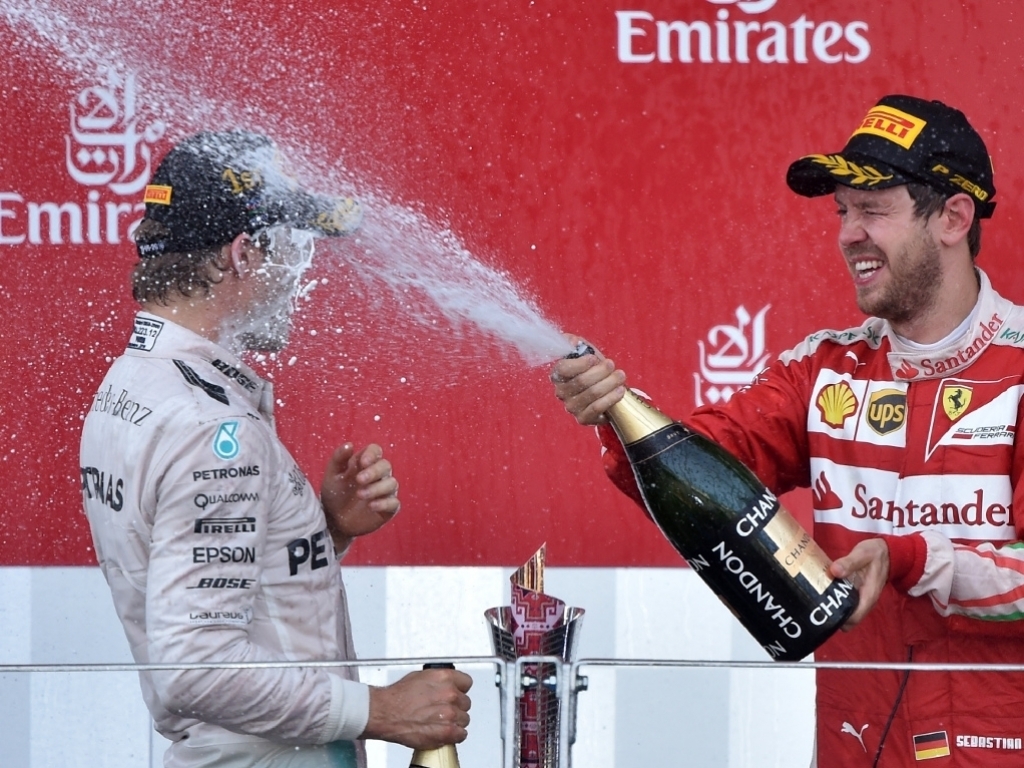 Nico is king of the castle
While almost unimaginable drama befell Toyota in the last three minutes of the Le Mans 24-hour race, there were no such problems for Nico Rosberg and Mercedes as F1 continued its foray into new territory in Baku.

The German star restored a chunk of his lead in the standings thanks to his fifth victory of 2016. Team-mate Lewis Hamilton, meanwhile, endured a torrid day on the Caspian, only managing fifth.

However, Rosberg’s 24-point lead in the standings is, quite obviously, vulnerable to attack. It will only take a DNF and a Hamilton win next time out for the Championship to be wide open once again.

More notable, perhaps, than the usual swings in the points was Niki Lauda’s comments after the race. The Merc non-executive chairman praised Rosberg for his showing in Azerbaijan, but criticised Hamilton for failing to manage a problem in the cockpit.

The radio ban and Ferrari FM
“I don’t know what you mean. “I don’t know what’s wrong,” an exasperated Hamilton said on team radio as he tried to deal with the problem that hampered his race.

With technical recommendations and guidance over the radio heavily regulated, the pitwall was unable to offer the World Champion the advice he needed to resolve the issue.

Ferrari’s Kimi Raikkonen, who also faced technical problems in the closing stages of the race, was equally frustrated when his race engineer refrained from offering him a prescription.

The overly complicated radio transmissions of 2014 – when race engineers would tell drivers, for example, to “brake 10 metres later” or “move the bias back two clicks” – frustrated many fans who felt that the drivers were receiving too much information.

What Baku showed is that the drivers are now getting too little information. As ever F1 is flirting with the absurd.

The expletive-laden Ferrari FM, however, is firmly in the land of the absurd with Raikkonen and Sebastian Vettel routinely dropping F-bombs on team radio. If only the Scudera could convert f*£!s into race wins.

Not the race we expected
After the excitement and carnage that Baku served up in GP2, fans and pundits alike were expecting crashes aplenty and, due to the nature of the circuit, safety cars visits to the track.

Instead the F1 field behaved like the elite drivers they are (bar some contact at T1 on lap 1).

Since there was no safety car to neutralise the race or help with unconventional strategies, Rosberg romped off into an unassailable lead.

Together with most drivers executing a one-stop race and the ease with which DRS passes were completed, Baku scores low on the excitement rating.

But its unique high speed and twisty layout, along with the backdrop of the old city, leave a indelible mark in the memory.

And as recent grands prix in Bahrain have shown, it sometimes takes a while for a circuit to grow into F1.

Seb challenges Ferrari strategy
Sergio Marchionne was a keen observer in Ferrari’s garage. Following the pre-season hype, Marchionne’s squad has failed to deliver on the promise of testing as questionable strategy calls have cost the Scudera a couple of potential race wins in 2016.

Due to team radio we know what Vettel made of the strategists’ call to bring him in for an early pitstop after some rivals, though not Merc, pitted.

“Are you sure about this,” the four-time champion asked.

As it turns out, Ferrari were not sure and Vettel continued on his merry way to pit on lap 21, about a dozen laps after the initial call came in.

It’s taken eight races, but Vettel has finally spoken up. The next question is: when will Marchionne? As Chris Dyer can attest, Ferrari’s historical approach to strategy blunders is not a kind one.

Checo does it on track
Raikkonen’s five-second time penalty for illegally crossing the pitlane entry line meant that Sergio Perez, who was less than five seconds behind the Ferrari in the closing stages, was going to claim a podium.

But like the true racer that he has proven he is, the Mexican passed Raikkonen on track to finish third on circuit – and notably his Force India team-mate Nico Hulkenberg was going backwards at the same time.

A second podium of the season – and seventh of his career — again underscored that the Perez of 2012 is back.

Has the erratic Perez of 2013, who you may remember was dropped by McLaren after just once season, been banished for good?

Not quite. After impressing in FP2, a crash in FP3 necessitated a gearbox change and the ensuing penalty resulting in a five-place demotion on the grid.

Despite qualifying second Perez had to start seventh and all credit to the driver for fighting his way to a podium.

For a team like Force India a podium should not feel like a disappointment, but considering how fast and slippery the VJM09 is, the result in Azerbaijan may feel like a missed opportunity.

On a side note, given Force India’s current showing and McLaren’s continuing woes, Perez must consider his McLaren rejection a blessing in disguise.