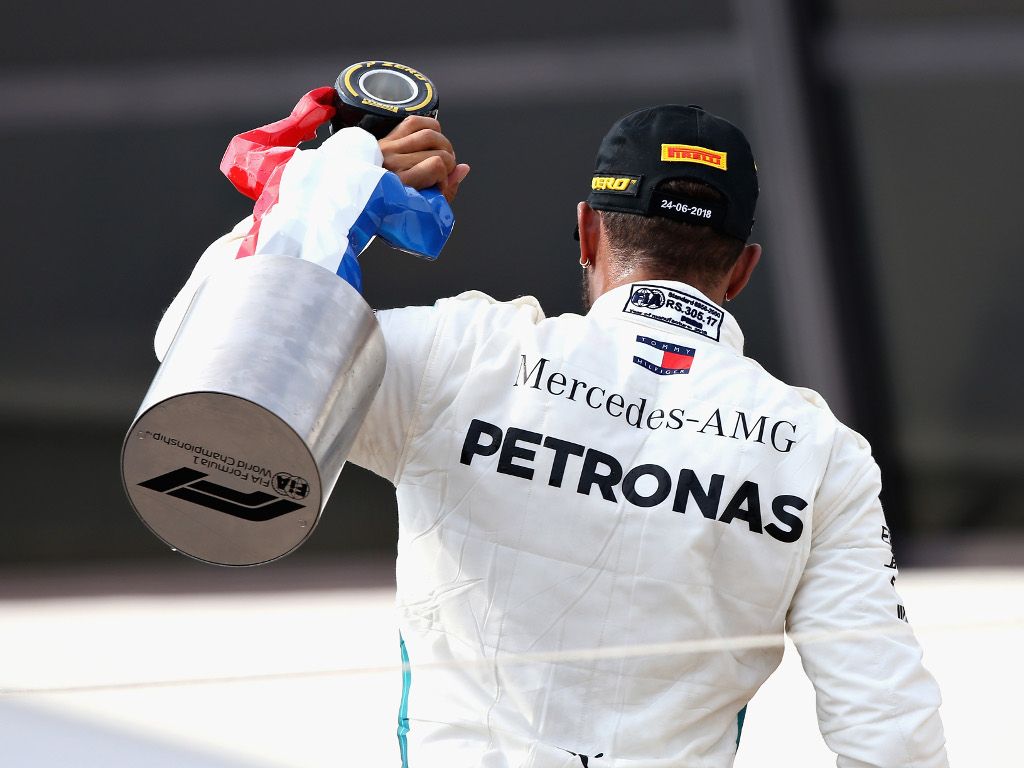 Lewis Hamilton scores for England on F1’s return to France, Alonso doesn’t care anymore, Paul Ricard makes the impossible possible as Vettel overtakes most of the field, and Leclerc impresses amid rumours about Raikkonen’s future…

A day of contrasts

Formula 1 returned to France, the home of grand prix racing, for the first time in a decade. Ten years is a long, long time in F1. Felipe Massa led a Ferrari 1-2 in 2008, Fernando Alonso was eighth for Renault and Lewis Hamilton could only manage 10th back then. Hamilton would go on to claim his first World Championship in that year, and since then has won three more championships, all for Mercedes, and with victory on Sunday also reclaimed the lead in the 2018 title standings. After the race, the Mercedes star was ecstatic on team radio, wishing everyone a “beautiful Sunday”, and saying ““I’m so happy for England” – a reference to the Three Lions beating Panama 6-1 in the FIFA World Cup.

Alonso, meanwhile, has added zero titles since 2008 and was classified second to last on Sunday after another dismal outing for McLaren. “I have no brakes, no tyres, we are out of the points. We can do whatever but I don’t care too much,” he said on team radio. To add insult, McLaren fitted ultra soft tyres towards the end of the race so that Alonso could attempt to record the fastest lap of the race. And then failed to claim that accolade. Of course last week Alonso was winning the Le Mans 24-hour race, so he’s still go the pace. McLaren can’t give him a platform to show it – not in F1 anyway – so this might be the last time we see Alonso in France, a race he won way back in 2005.

While this was F1’s first race in France in 10 years, it was Magny-Cours that hosted the event from 1991 to 2008. So this was F1’s first visit to Paul Ricard since 1990. Both the sport and the track have evolved since then. The vast runoff areas painted red and blue in an Escher-inspired pattern may not be for everyone, but the circuit did facilitate overtaking despite concerns that the race would be a procession.

The chicane on the long Mistral straight was criticised by drivers, fans and analysts alike before the race, with concerns that it would hinder overtaking. As it happened the DRS effect was powerful at Paul Ricard and the chicane was key to the on-track action. Indeed, there was a feeling that as Sebastian Vettel scythed through the pack that overtaking was too easy.

That said, the grand prix was effectively decided at turn 1 of the first lap when Vettel slithered into Valtteri Bottas, which ruined the Mercedes driver’s race and compromised his own. Hamilton scampered off into the distance and led every lap of the race. Vettel, meanwhile, was hit with a five-second penalty and after stopping for a new front wing was second last once the safety car came in following a string of first-lap incidents, with Bottas last.

Vettel drove aggressively and recovered to fifth as Bottas struggled relatively due to damage from the incident, as the following data shows:

Ferrari’s Vettel was voted driver of the day and his team believed that their man had had the raw pace to challenge Hamilton for the win. It’s a pity that we never got to find out, but Vettel will remember the first lap incident in Singapore in 2017 that severely impacted his title bid then. He must do better if he is to keep the pressure on Hamilton and a Mercedes now boasting an upgraded power unit.

From a one point deficit to a 14-point lead

The pitlane was awash with rumours this weekend that Charles Leclerc will replace Kimi Raikkonen next year. Raikkonen had a good race and used an offset strategy and faster tyres to good effect to beat Daniel Ricciardo to the last podium place. But it was the Monegasque star who headlined both qualifying (he started eighth) and the race (finishing tenth) but he again impressed by running as high as seventh in the early stages of the race.

And again in the points 😉
See you in Austria 😘 pic.twitter.com/lOfWTDhOo4

Alain Prost, arguably the greatest French driver of all time and the man level on four titles with Hamilton and Vettel, won for Ferrari on F1’s last visit in 1990. There would be no glory for French drivers on Sunday. Neither Pierre Gasly not Esteban Ocon got past lap 1 at their home race as the Toro Rosso driver lost the rear end and spiralled into the back of Ocon’s Force India. Romain Grosjean finished 11th and was hit with a penalty.

Best of the rest award goes to…

While Grosjean had another weekend to forget, his team-mate Kevin Magnussen was an excellent sixth for Haas to finish behind the big three of Mercedes, Red Bull and Ferrari. But it should have been Carlos Sainz, who was running sixth until suffering an engine problem in the closing phase of the race. The Renault driver still beat his team-mate and claimed P8, but it could have been so much better for the Spaniard.