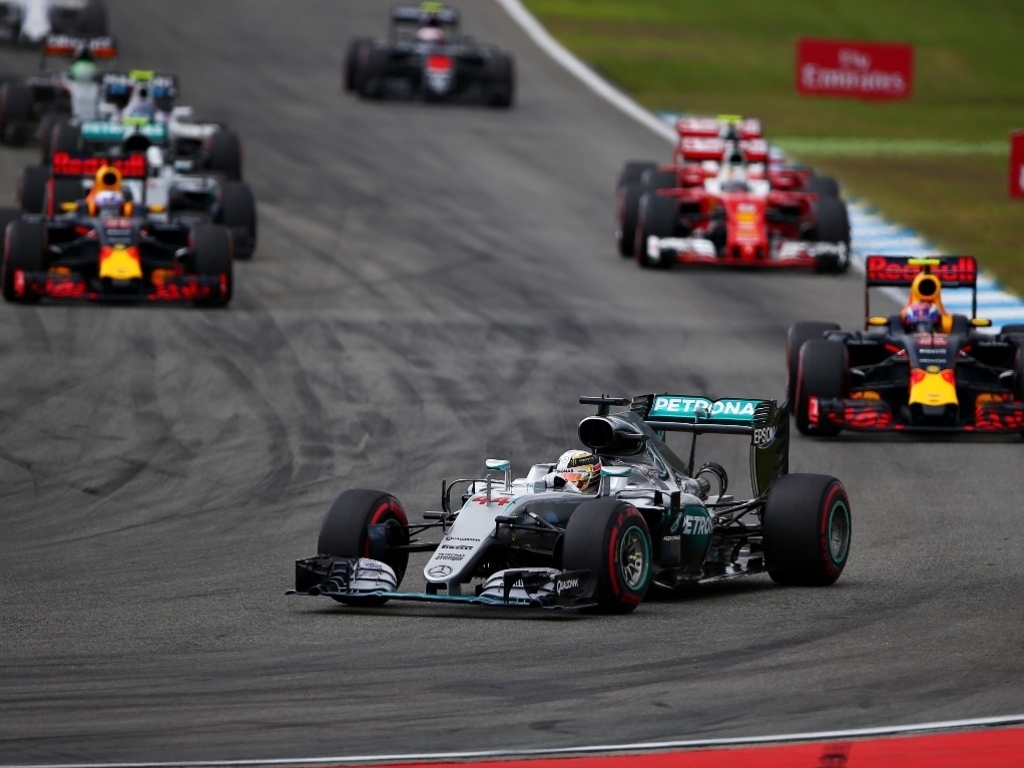 Lewis Hamilton completed a clean sweep of victories in July, while Nico Rosberg botched a 43-point lead on the Drivers’ Championship table.

Nico’s Summer to Forget
Nico Rosberg left Sochi on May 1 with four wins from four starts and a century of points. Moreover, Lewis Hamilton was 43 points adrift of his tally.

Rosberg will wake up on August 1 and try to comprehend how a 43-point lead was eroded, overturned, and became into a 19-point deficit to Hamilton.

The German was decisive in qualifying to claim pole at his home grand prix, but wheelspin off the line pushed him down to fourth.

His aggressive move on lap 29 to pass Max Verstappen was deemed too aggressive by the stewards, who slapped him with a 5-second penalty.

“He didn’t turn in. He kept driving straight. I had to go off track or we would’ve crashed,” was Verstappen’s assessment of the incident.

For his part, Rosberg expressed “surprise” at receiving the penalty.

Rosberg has four weeks process that unwanted surprise, mull over the season thus far, and plan his response to Hamilton’s challenge.

It’s worth noting that the 2016 F1 season resumes in Belgium, the venue of the crash between the Mercedes team-mates in 2014 that was deemed to be Rosberg’s fault.

The psychological damage inflicted in that incident has shadowed Rosberg for many months. The 2016 Belgian Grand Prix will be the perfect opportunity for him to put that ghost to rest and re-ignite his title push.

It’s Now a Bull Market
Remember 2015? Constant engine failures, a lack of horsepower so embarrassing that Red Bull felt they should race in a lesser formula, terrible race results…and even a threat to withdraw from the sport.

The Red Bull double podium in Germany underscores that the Bulls are back in business. After outqualifying the Ferraris and moving ahead of the Italian manufacturer in the Constructors’ standings, it is clear that Red Bull are now the second best team on the grid.

And in Daniel Ricciardo and Verstappen they have arguably the strongest – and most exciting – lineup in F1.

Almost 100 points behind Hamilton in the title race, Ricciardo is unlikely to challenge for top honours. But as Niki Lauda admitted post-race in Germany, “Red Bull’s pace surprised us”.

Lest we forget, too, that Red Bull’s innovative approach and aggressive design philosophy could well reap rewards when the new regulations are implemented in 2017.

On Air With Vettel, Airing Dirty Laundry?
The airwaves in Hockenheim were again reverberating with Sebastian Vettel’s voice. The four-time Champion again sang his “blue flags, blue flags” tune but, more worrying for Scuderia fans, he once again questioned a strategy call.

Fans might recall Vettel over-ruling the Ferrari strategists in Azerbaijan (“Are you sure about this,” he asked when called in for an early stop in Baku.)

On Sunday Vettel again defied an order to pit when, on lap 44, the team requested that he box in an attempt to push Max Verstappen.

“Negative, negative. “Who do you want to undercut?” he said.

The insubordination is no doubt born of frustration as the 2016 Ferrari has failed to challenge Mercedes.

After the race Vettel conceded that he was wrong to disobey the team. Yet incidents of this nature only serve to bolster the impression that Ferrari is adrift as it continues to lose ground to both Red Bull and Mercedes.

The resignation of James Allison underscores concerns that the stability brought about by massive leadership changes in 2015 has begun to rupture.

At the same time, the sight of Mick Schumacher in the paddock this weekend stirred memories of the golden age that his father brought to Ferrari. Often compared to his compatriot Michael Schumacher, Vettel won three times last season to burnish his credentials as a worthy successor.

But as Fernando Alonso discovered, post-Schumacher leadership has been a far cry from the likes of Jean Todt, Ross Brawn, and Rory Byrne.

McLaren Continue to Rise
It is testament to how far McLaren have fallen that finishing P8 is considered a good result – this is, remember, a manufacturer with 182 grand prix victories.

For Jenson Button an eighth-place finish is timely and important as he seeks to convince F1 bosses (most likely at Williams) that he is still good value for a seat.

Racy Racers Go Racing
There were some spectacular overtaking moves at Hockenheim. Kevin Magnussen’s lunge past a struggling Felipe Massa on lap 20 looked magnificent on TV, while Romain Grosjean’s move around the outside of the Renault man on lap 56 was a good reminder of the talent in the Haas cockpit.

A word, too, for Grosjean’s team-mate Esteban Gutierrez who finished 11th for the fourth time this season. A point can’t be too far off.