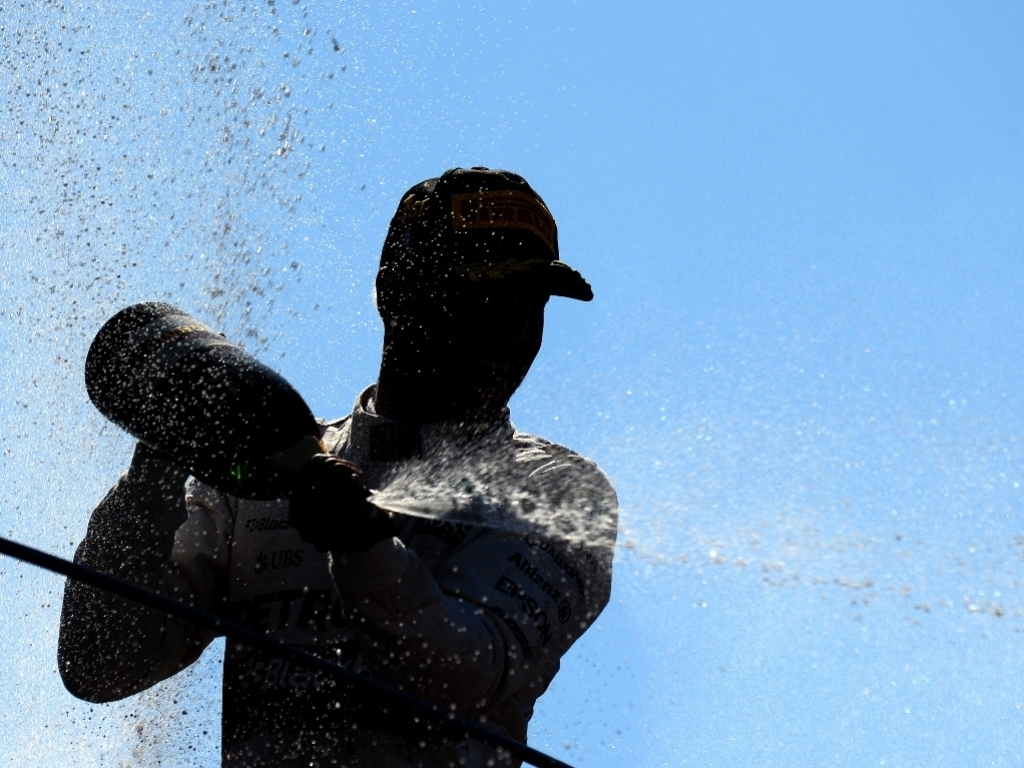 Pressure point, Monza magic, Nico's chances are slipping and more in our Conclusions From The Italian GP.

Pressure Point
At Spa all the talk was about a right-rear tyre, and at Monza it was all about a left-rear tyre.

"No questions, just execute," were the words relayed to Lewis Hamilton. The Mercedes pitwall urged the Championship leader to pull out more of a gap over Sebastian Vettel in the closing stanza of the Italian Grand Prix but were reluctant to give their man a reason for the request.

Hamilton duly won by around 25 seconds, but the nature of the messages suggests that Mercedes feared the repercussions of official sanction over a potential breach of the regulations.

After the race Mercedes were indeed summoned by the stewards because Hamilton's left-rear tyre pressure was 0.3psi lower than the mandated minimum.

Although Hamilton's 40th career victory was briefly at risk, the officials decided against punishing the Mercedes driver after discussions with the technical delegate, the team representatives and the Pirelli engineer.

Fans hate technicalities and, by upholding Hamilton's victory, the FIA has avoided the makings of a conspiracy theory that, the theorists would argue, would have resulted in an unjust Ferrari (and ultimately Pyrrhic) win at their home race.

As for Vettel, a tyre-related after-race verdict resulting in a race victory could have been a remarkable tonic after the spectacular tyre failure denied him a podium in Spa.

While most fans accept a tyre failure as an 'acceptable" reliability variable, not even the most strident tifosi would have enjoyed seeing Vettel win the race on a technicality hours after the chequered flag unfurled.

Monza Magic?
The Autodromo Nazionale Monza is inextricably entwined with the lore of F1. The Temple of Speed has been home of the Italian Grand Prix for decades and is the circuit on which the highest ever average speed in F1 was recorded; the 262.242kmh average over a lap that Juan Pablo Montoya set in 2004.

Yet in the era of modern F1, commercial interests slice through heritage and so Monza's place on the calendar is under threat. The drivers, led by Vettel, have voiced support for the venue.

"If we take this away from the calendar for any shitty money reasons, you are basically ripping our hearts out," he said.

Despite the mystique, the running order of the 2015 edition underlined the importance of starting on pole position. Including this year's race, the pole-sitter has won the last six grands prix at Monza.

The one-stop nature of the race further underscores the generally predictable running order – and again raises questions about the current state of F1's tyre regulations.

And a sceptic might argue that if the race were run in Asia or the Middle East, the track would be slated as "boring".

Nico's Chances Slipping…Again
By the time the F1 circus rolls into Singapore, Nico Rosberg will have gone three months without standing on the top step of the podium.

The German, in his 2014 drive at Monza, made several mistakes that cost him a potential victory. A year later, the Italian Grand Prix was merely an exercise in damage control as Rosberg found himself lagging behind his team-mate, Vettel, the Williams duo and others on lap 1.

Before his engine-related retirement, his recovery to third place was admirable, but given the manner in which the 2015 campaign has unfolded few were surprised to see bad luck befall the German, who quite simply has no answers to Hamilton's supremacy.

Rosberg had to revert to an old power unit after suffering issues with the upgrade that the team brought to Monza, which served Hamilton so well. Rosberg's was Merc's first mechanical-related retirement of the year and ended a run of 16 race finishes for Rosberg.

His last DNF was, in fact, in Singapore in 2014. Rosberg arrived in the city-state ahead of Hamilton in the standings last year. But his retirement at Marina Bay coupled with Hamilton's win meant that he ceded the Championship lead to the Brit who won four of the last five grands prix to claim the title.

Rating The Meaning Of Highly Rated
The two words "highly rated" are often bandied about in relation to the talents of Nico Hulkenberg and Valterri Bottas. Yet in Italy both drivers were beaten by their team-mates – Sergio Perez and Felipe Massa respectively.

The standings also tell a story. Ferrari "reject" Massa is ahead of Ferrari prospect Bottas, and Perez is ahead of The Hulk.

Perez is clearly revelling in the updated and much improved Force India VJM08B, but he is also showing signs of the skill that resulted in a second-place finish at the 2012 Italian Grand Prix.

Moreover, he seems to have done enough to purportedly attract the attention of Lotus (that would be Lotus at Enstone that was Renault and that could become Renault again).

Highly rated or not, we may well be witnessing the start of Perez's second coming.

Stray Observations
* Kimi Raikkonen blamed a clutch problem for his poor start. From second to last in a matter of seconds, the start-line incident highlights the Ferrari driver's difficulties in finding consistency. His recovery drive to fifth was admirable, though he was fortunate that Roberto Merhi did not rear-end him at pit entry. But at least the Manor-Marussia got some airtime.

* Massa collected his second podium of the season and his second successive third-place at Monza. Few would begrudge the Brazilian his second wind. Or is it his third?

* While Felipe Nasr has failed to finish in the points since Monaco in May, Sauber's Marcus Ericsson's tenth in Italy was his third points finish in a row.