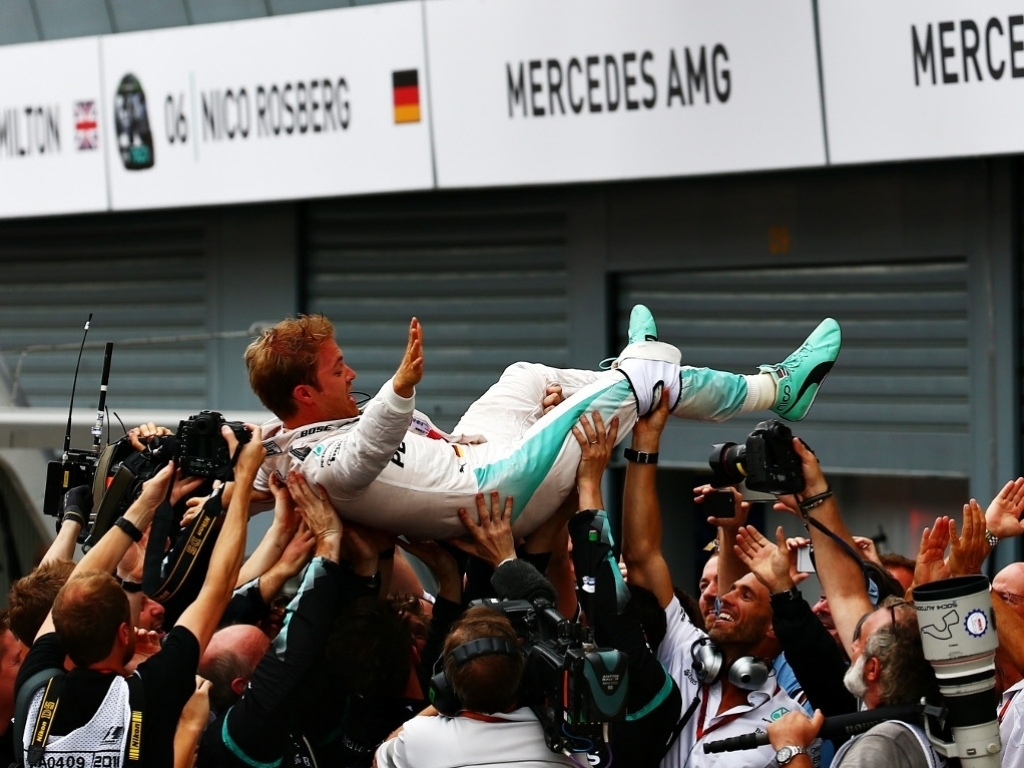 Rosberg’s got something
It was a classy win for Nico Rosberg as he raced unchallenged to his maiden Italian Grand Prix win.

Detractors will say it was an easy one, made uncomplicated by Lewis Hamilton’s start misfortunes, but Rosberg still did had to do the work.

He still had to lay down the fast laps, build a lead over the Ferraris – and over Hamilton by more than a second per lap in the opening stage – and he had to maintain his pace in the latter stages to keep his team-mate at bay and quash any hope that Hamilton may have had that he would be able to close up.

Sunday’s triumph not only saw Rosberg slash Hamilton’s lead to just two points, it also bolstered his belief that maybe he has a genuine chance at this year’s World title.

It was a 21st victory for Rosberg, moving him ahead of Mika Hakkinen and up to 14th on the all-time list. It was his 50th Formula 1 podium and his seventh win of this championship, beating his tally of six from 2015.

Even the best get it wrong
First to sixth in the space of a few metres, Lewis Hamilton initially told Mercedes that he had made a mistake off the line, only for Mercedes to inform him at the post-race debrief that it was not a driver error.

Rather, the team told him, it was yet another issue with the clutch, a problem that has caught out both drivers several times this season.

Mercedes have dominated Formula 1 for the past two-and-a-half years as they have managed to get everything right; the engine, the chassis, the drivers. Everything but the clutch that is.

“They’ll be working very hard,” Hamilton said of the issue. “It’s not a quick fix, something you can change for the next race. We have made improvements, so we have seen more consistent, better starts, but we are still caught out by the random variation that we have from one weekend to the other.”

Speed does not guarantee epic racing
Monza is Formula 1’s fastest grand prix. On Sunday, Rosberg covered the 306.72 kilometres in one hour, 17 minutes, and 28.089 seconds.

And yet it was rather boring.

Rosberg went unchallenged at the front, Lewis Hamilton and the Ferraris changed positions through pitstop strategies, which also played a huge role in the rest of the top ten.

Were it not for Daniel Ricciardo’s pass on Valtteri Bottas, where he came from a long way behind with his “DRS open, and head tucked” to pass the Williams at the first chicane, there would be very little overtaking action of consequence to speak of.

It is a concern that many have for next year’s new regulations. Formula 1 may be taking steps to make the cars five seconds per lap faster, but that just means the snooze fest will be over faster.

A glimmer of hope for Ferrari
Sebastian Vettel gave Ferrari and their tifosi something to celebrate on Sunday as he joined the Mercedes drivers on the podium at the Scuderia’s home grand prix.

It was a good result for Ferrari, who have fallen behind Red Bull Racing in recent weeks, and was made even more so by Kimi Raikkonen fourth on the day.

But, if you look a bit closer, Sunday’s result was rather concerning.

Vettel and Raikkonen were dropped by Rosberg in the opening stint despite being on supersoft tyres to the German’s softs.

Even when the Mercedes driver switched to the medium tyres, and they were running supersofts and softs, they were unable to close the gap. Nor were they able to keep Hamilton, who had the same tyre strategy as his team-mate, behind them.

Second best on the day, but a very distant second.

Formula 1 is getting younger and younger
36-year-old Jenson Button is stepping aside for 24-year-old Stoffel Vandoorne while 35-year-old Felipe Massa is also out, reportedly making way for 18-year-old Lance Stroll.

While not many will argue that Vandoorne, who came through Renault Formula 3.5 and GP2, has done the hard yards to secure his place on the grid, Stroll is yet another example of Formula 1 teams being willing to gamble on young talent.

Should the Canadian sign as Massa’s replacement, he will be the latest teenager on the grid.

But like the other two, Esteban Ocon and Max Verstappen, Stroll has begun to make a name for himself in the European F3 Championship, which he is currently leading.

Elder statesmen out, barely old enough to shave in.