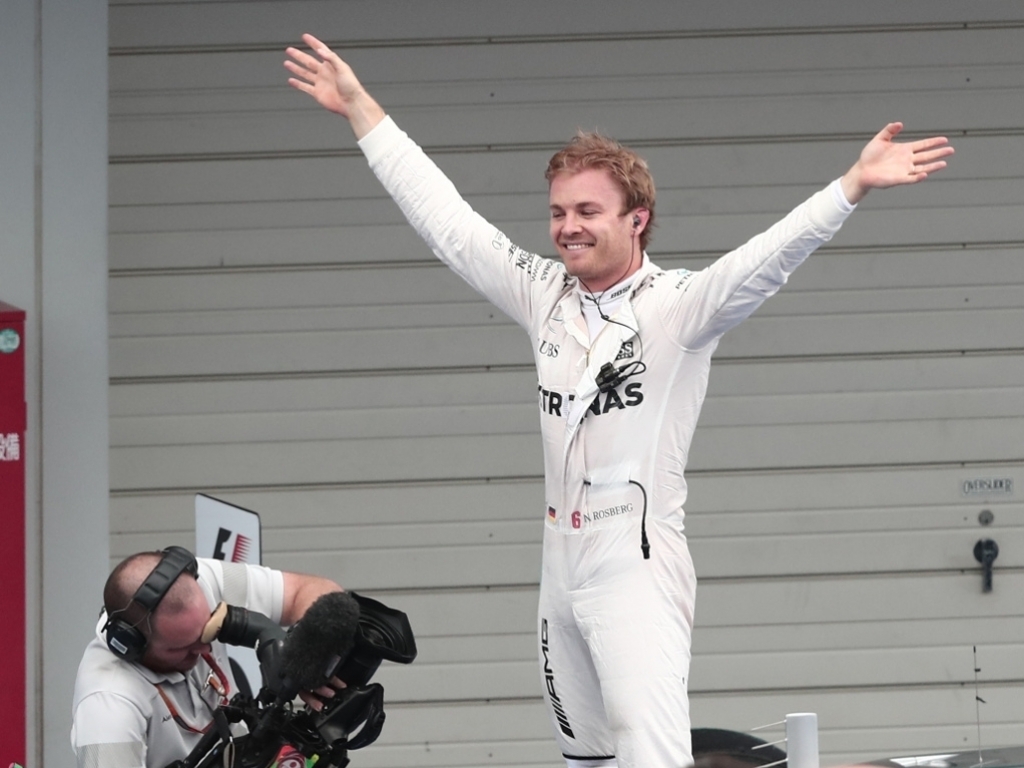 Lewis Hamilton absolves Max Verstappen while Nico Rosberg showed that he is the real deal.

Last of the late movers
Max Verstappen’s prowess when on the front foot, pedal to the medal, is already the stuff of lore. Still a teenager, his gung-ho approach has helped him to one victory and five podiums in his short career.

Despite his reputation for being a maverick overtaker, the youngster has a well-developed ability to defend. Kimi Raikkonen knows this from past scrapes in Spain – when Verstappen kept the Ferrari at bay to claim his first victory. And in Japan it was Lewis Hamilton’s turn to examine the Red Bull diffuser.

Mercedes described Verstappen’s defence against the Champion in the final phase of the Japanese Grand Prix as erratic. Hamilton then took to social media saying that he had no issues with Verstappen’s driving, which is the approach fans want to see from drivers.

This is F1. These are the best drivers in the world. Moaning about erratic driving is best left to men in SUVs fighting for parking spots at the supermarket.

Hamilton recovers, but not enough
Going into lap 2 of the grand prix, Hamilton would have been quite happy if he had been offered a podium.

Bogged down at the start, Hamilton found himself down in eighth position through the first lap at Suzuka. With fast cars ahead of him, including Ferraris and Red Bulls, it seemed a long afternoon would be in store for the defending Champion.

However, thanks to the deft strategic work from Mercedes, Hamilton was up to fourth after the first round of pit stops. There was a bit of hammer time and then the Merc tacticians again came to the rescue as Hamilton got ahead of Sebastian Vettel using the undercut through the second set of pit stops.

While second may have seemed in reach after Hamilton’s lunge at Verstappen at the chicane, truth be told he did benefit from another bizarre Ferrari strategy move – leaving Vettel out while everyone else stopped – which allowed the Briton to jump Vettel.

Rosberg: Finally the real deal
With four races to go Nico Rosberg has now extended his lead to 33 points in the standings. As Malaysia showed, one reliability issue is all it takes to flip the equation.

As it stands, however, Rosberg could afford over the next two races one DNF and one P2 behind Hamilton, and still hold a one point lead.

Or put another way, Hamilton could win the four remaining races with Rosberg second in each of them and still Hamilton would still not retain his title.

A perusal of Rosberg’s previous points hauls for Mercedes in recent seasons underscores how good he has been this season. In 2014 he bagged 317 points while last season he scored 332. After Suzuka he moved on to 313.

The German has raised his game and for whatever reason – perhaps Snapchat – Hamilton was unable to respond this weekend.

And congratulations to Mercedes for winning the Constructors’ title. A well-deserved triumph because there is no doubt that the Silver Arrows are a class apart in 2016.

Hulk: Good for a quote but no more
For some Nico Hulkenberg is a nearly man. On Sunday at Suzuka his was another performance that is unlikely to live long in the memories of fans. Beaten by his team-mate Sergio Perez, Hulkenberg nonetheless finished a respectable eighth and helped Force India in the Constructors’ Championship by beating both Williams cars. It was neither here nor there. Not good, but not bad either.

He did, however, revel in his overtaking move on Valterri Bottas (another driver destined to be a nearly man?).

“See ya later,” the Force India man sang on radio as he raced past the Williams.

It is a good soundbite, no doubt, yet rather disappointing given that this is a driver who was once tipped to win titles.

What’s up with Seb?
Ahead of the race, Ferrari boss Maurizio Arrivabene uncharacteristically revealed to the media that Vettel needs to “earn” his drive at Ferrari beyond his current contract.

The German was later seen in the paddock talking with his former bosses at Red Bull. This might not have any symbolism at all, but some analysts have suggested that the fissures are starting to show at Maranello.

Neither the Scuderia nor Vettel have had a good season by their standards. Indeed, the only positive is Kimi Raikkonen’s recent resurgence.

But it is clear that Vettel is cutting an unhappy figure. His constant complaints about blue flags and backmarkers is unbecoming of a Champion. Lest we forget, Vettel is indeed a four-time Champion, even if he hasn’t driven like one in 2016.

He started the Japanese Grand Prix like a man trying to prove a point and looked set to bag a podium for the first time since the Italian Grand Prix. Instead Ferrari opted for a late pit stop and softer tyres, thus ceding track position.