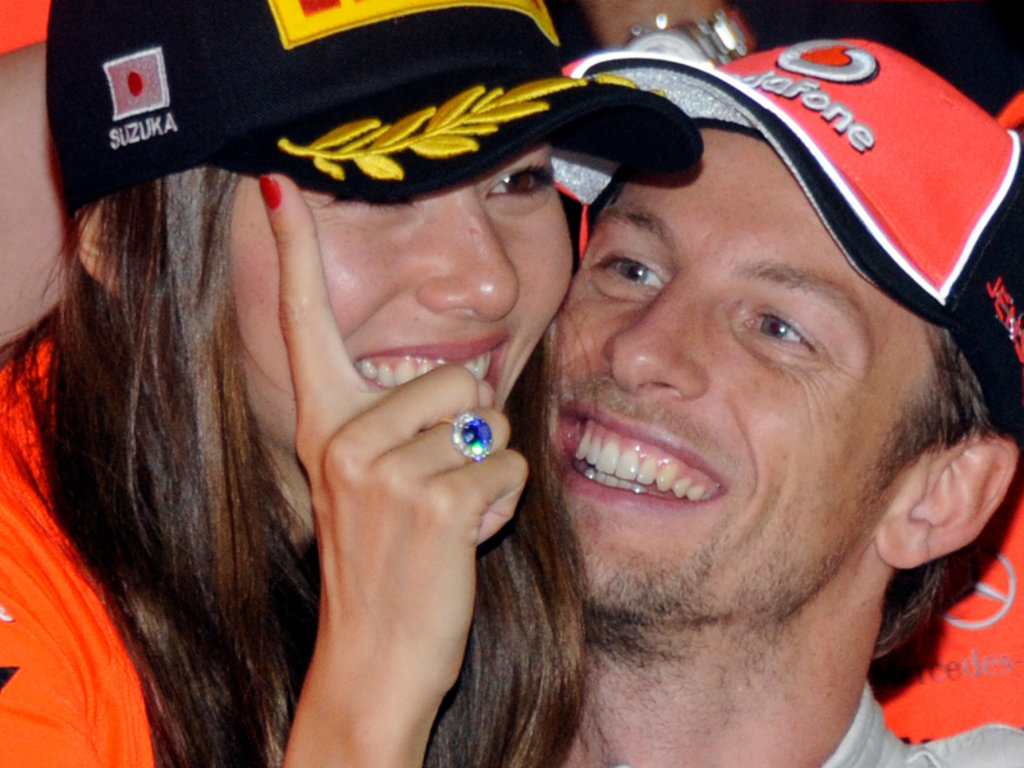 Sebastian Vettel takes a trip to the top of the world…

Sebastian Vettel takes a trip to the top of the world…

VETTEL IS TOP OF THE WORLD
Hail to the Champ. Seb Vettel is the most fitting of champions, a world-class driver at the peak of his powers, ascending to the summit of the sport and laying claim to exclusive dwelling rights.

At the start of the season, Fernando Alonso and Lewis Hamilton remained, in this column’s view, the pick of the field. And now? Well, now it feels very different, and not just because Hamilton’s flaws have become a regular blight and Alonso has been so very subdued of late. Vettel, crowned a two-time champion at the culmination of a 12-month period of sustained, near-perfect dominance in which he has taken approximately 80% of all the available points, has earned the right to be considered the ultimate champion: the best in the world. And in an era that hosts five different champions, that is some accolade.

The doubt persists about his standing as a true racer, whether he can overtake and so on, but his move around Alonso in Italy was a convincing riposte to his critics who are short of alternative ammunition. In every other facet, he reigns almost supreme. Alonso matches him for race craft, Hamilton for sheer speed, and Jenson Button for intelligence, but Vettel now stands out as the most complete package in F1- and he’s still improving, and still young enough to keep on improving for a many a year.

So with the long-expected coronation, previously-unforeseen confirmation. The champion has become the champion of champions.

FINALLY, THE GLOVES ARE COMING OFF
Do not be fooled by Vettel’s village idiot routine either. Underneath the shiny crash helmet is a very astute racing brain – just remember his decision in Monaco to stay out even when his tyres had lost their tread. It’s a routine which has served Vettel well in the past when dealing with media inquisitors – can you, for instance, recall the last time that Vettel stirred a controversy with something he said? – but it finally seems as if his peers are getting wise to the act.

Jenson Button’s instant incision through Vettel’s impressive impression of a grinning fool after the race was the headline-grabbing “so that’s how we are racing then” put-down, and though it reads harsher than it sounded at the time, Vettel would be wise to heed the warning. Having had it easy so far – mainly, of course, because he been so far out in front that he has been literally untouchable – Vettel has now entered territory that will guarantee tough treatment. Not only he has become the driver to beat, but after forcing Button over the white line with a move that also veered too close to crossing a metaphorical line, he has invited a dose of his own medicine.

Truth be told, Button and co have been a little too chummy with Vettel for too long, a little too keen on back-slapping and a little less for wheel-banging, and a rival may even do him some good. Every legend needs an enemy to complete his legacy, and if Button’s remark finally means that the gloves are coming off then, in summary, it’s about time for all concerned.

BUTTON DELIVERS HIS BEST ON ONE OF F1’S BETTER DAYS
Not that Button required a change of gloves to beat Vettel in a race that, regardless of what was said afterwards, the German desperately wanted to win. Jenson is in the form of his life and the trouncing he meted out to an out-of-sorts and out-of-form Lewis Hamilton was arguably the most ignominious defeat of the younger man’s career. Finishing 24 seconds ahead of Hamilton in a 53-lap race that included a lengthy deployment of the Safety Car, Button didn’t just beat his team-mate, he thrashed him.

Better still, the victory was the first Button has claimed in the dry for McLaren and, on any other day, would have stood out as the best of his career in one of the best races of the season. It may not have been the most entertaining of the year, but it was compelling from first second to last corner, ended with the three leading cars separated by a couple of seconds, and scarcely contained a mistake of note beyond the latest frivolity of F1’s new crashaholic. This was F1 at its very best.

Hell, it was almost worth a 5am wake-up call.

And at 5am, that didn’t seem possible.

VETTEL KEEPS ON CHANGING THE RECORD
Back to Vettel for a brief moment because there’s a record he is setting that we should not neglect to mention. In absolute fact, it’s not a record as such, but the fact is still that he has set a record of note in every one of his seasons: youngest-ever points winner on his debut in 2007, youngest-ever pole sitter and race winner in 2008, youngest-ever winner with two different teams in 2009, youngest-ever world champion in 2010 and youngest-ever back-to-back champion rather recently. He’s a phenomenon.

Next: beating Fernando Alonso – ageing fast, it suddenly seems – to break Ayrton Senna’s record as the youngest triple World Champion before he reaches the age of 31. It’s a racing certainty.

HAMILTON AND MASSA STUCK ON REPEAT
Here we go again. In isolation, Lewis Hamilton’s tangle with Felipe Massa was something of nothing. In general, it was yet another bout of clumsiness from a driver who refuses to learn the error of his ways. Too clumsy, too careless, too familiar.

And the second repeat: concern at what the reaction of Massa reveals about his state of mind. Anything but blameless having put his Ferrari alongside the McLaren where only one car could realistically go, the Brazilian short-shifted Hamilton afterwards, wittering on about further penalties and private chats with Charlie Whiting. No matter that the stewards had rightly dismissed the incident as not worthy of censure, Massa has a personal gripe and has seemed to lose all perspective in the process.

There was something deeply disturbing, too, about the disclosure earlier in the week that he had been encouraged to “destroy” Hamilton’s race in Singapore by Rob Smedley. Regardless of whether or not the call had a bearing on the collision that occurred a lap or two later, the ‘real story’ is surely that Smedley felt compelled to call on revenge as a means of motivation.

According to reports in the Italian press, Ferrari were ‘deeply irritated’ by Smedley’s crass diction and its publication. Yet their concern would perhaps be better directed at Massa and the revelation that the man who knows him best had to plumb the depths in order to raise his interest.

MERCEDES STILL LOOKING FOR A NAME OF THEIR OWN
Better late than never for Mercedes. To quote Nico Rosberg, the message sent out by the acquisition of technical chiefs Costa and Geoff Willis – whose record, it must be said, does not seem to justify his reputation – is that the team has learnt “the way it was we couldn’t win the Championship, so everything is now being done to make this team the best team out there. A bit late, but