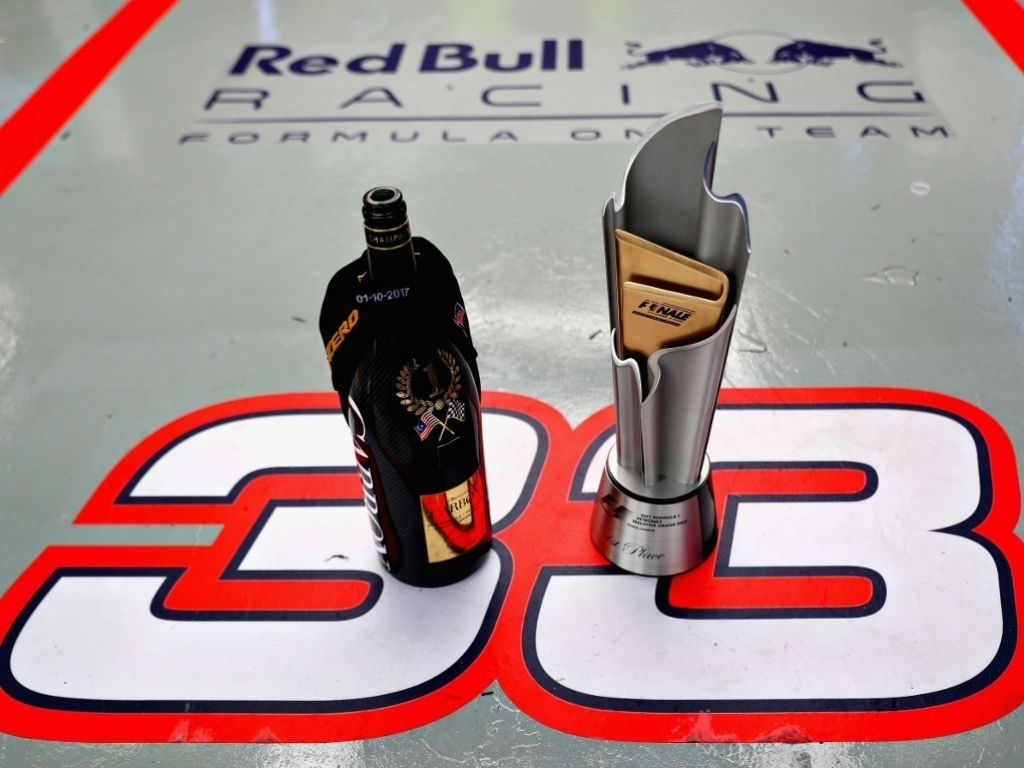 Sepang bid farewell to Formula 1 with a victory for Max Verstappen and a storming drive from Sebastian Vettel.

Max the magician makes his move
He’s was described as the world’s most mature teenager, but after exiting his teens Max Verstappen showed that some maturity to control the Malaysian Grand Prix from the front to win the second race of his career. (It’s worth noting, too, that Verstappen’s first win came when Daniil Kvyat was demoted from the Red Bull senior team; while his second victory happened on the weekend that the Russian was “rested” from the junior Red Bull squad.)

In the 14 races before Sepang, Verstappen had retired from seven. Some were his fault – notably the crash into team-mate Daniel Ricciardo at the Hungaroring – while the majority have been technical problems. His retirement at Spa, in front of tens of thousands of Dutch fans, was particularly galling.

Despite outqualifying Ricciardo through the course of the season, the Australian had accumulated 162 points to Verstappen’s 68 by the time F1 arrived in Malaysia – and had also scored an opportunistic victory in Baku when the youngster retired due to a mechanical failure.

But in Verstappen got his season back on track in Malaysia as he used DRS to get past Lewis Hamilton on lap 4 with a move up the inside of turn 1. Verstappen has often been criticised for defending in an over-zealous fashion, but he underscored his racecraft and ability to think on his feet with this bold move to go by Hamilton.

“I knew Lewis had more to lose as he was fighting for the championship,” Verstappen said. “I took an extra risk because of it, it was my only chance.”

The only question to be answered now is how will Verstappen handle that situation when (it’s when, not if) he is in the hunt for the title?

A fortnight to forget for Ferrari, though Vettel salvages what he can
Memories of the Singapore swing, which saw the title momentum move towards Hamilton, were fresh in Ferrari’s memory as they arrived in Malaysia. The Scuderia responded to the setback with a great performance in P3 but the power unit trouble that Sebastian Vettel suffered at the end of the session ruined his qualifying and meant he started last.

Kimi Raikkonen qualified second but a similar technical issue forced him into a DNS. Vettel then performed brilliantly to come from last to claim fourth in a performance reminiscent of his drive from the back of the grid in Abu Dhabi in 2012, when he claimed a podium.

The German was up to 11th by lap 3 but had to wait until lap 9 before he could break into the top ten due to Fernando Alonso’s resistance. The Spaniard would later compromise Vettel’s attack on Daniel Ricciardo for third when he was being lapped – prompting the Ferrari driver to say on radio, “C’mon Alonso, I thought you were better than that.”

Fourth was probably better than Ferrari could have hoped for as they charged through the pack on the faster tyre in the second phase of the race. Although beaten by both Bulls and Hamilton, Vettel will be delighted to have beaten the second Mercedes.

Many analysts had suggested that Malaysia would suit the Silver Arrows, but Sunday’s relative performance between the top three teams suggests that six drivers will be in contention for race wins as the season enters the business end.

For Vettel, he needs his team-mate and his former team to start finishing ahead of Hamilton to stand any chance of overhauling the Brit’s lead in the title standings.

The diva is back
No, not Romain Grosjean, even though he was back to his signature radio moaning and groaning (see below), but rather the Mercedes W08. Toto Wolff described this season’s challenger as “a bit of a diva” earlier this season and it was back to its old tricks at Sepang, with neither Hamilton nor Valtteri Bottas able to match the pace of Red Bull or Ferrari.

Hamilton admitted he is concerned, not only for the rest of this season, but for 2018 too. Yet the three-time Champ leaves Malaysia this year with far better memories than last, when a retirement all but handed the title to Nico Rosberg.

Bottas form is also a worry
Mercedes team bosses have expressed alarm at the downturn in Bottas’s form. The Finn has been destroyed by Hamilton in qualifying in recent months – routinely finding himself half a second down to his team-mate in Q3.

Since winning in Austria in early July, Bottas has also finished behind his team-mate in five of the six races. Bottas’s medium-to-long-term future at Brackley is far from assured and he needs a surge in form – and soon – to remind Wolf and Niki Lauda what he is capable of delivering.

Groanjean is back, too
The Haas driver was vocal in his criticism of the Toro Rosso drivers at the start. When asked for his view on it, Toro Rosso team boss Franz Tost took a dim view of Grosjean’s complaint.

“I don’t care about Grosjean, he is always moaning,” said Tost. Although the former Lotus driver has secured his drive with Haas next year, Kevin Magnussen has beaten him in four of the last five races in which both Haas cars have finished.

Honda finds some oomph
Some pundits were surprised to see a McLaren Honda finish seventh. Stoffel Vandoorne drove a storming race to finish ahead of the Williams duo, Esteban Ocon, and his team-mate Alonso.

There have been some suggestions that Honda have turned the corner and given the embarrassment they have suffered in their partnership with McLaren, the Japanese manufacturer will be eager to build on this form at their home race in a week’s time.