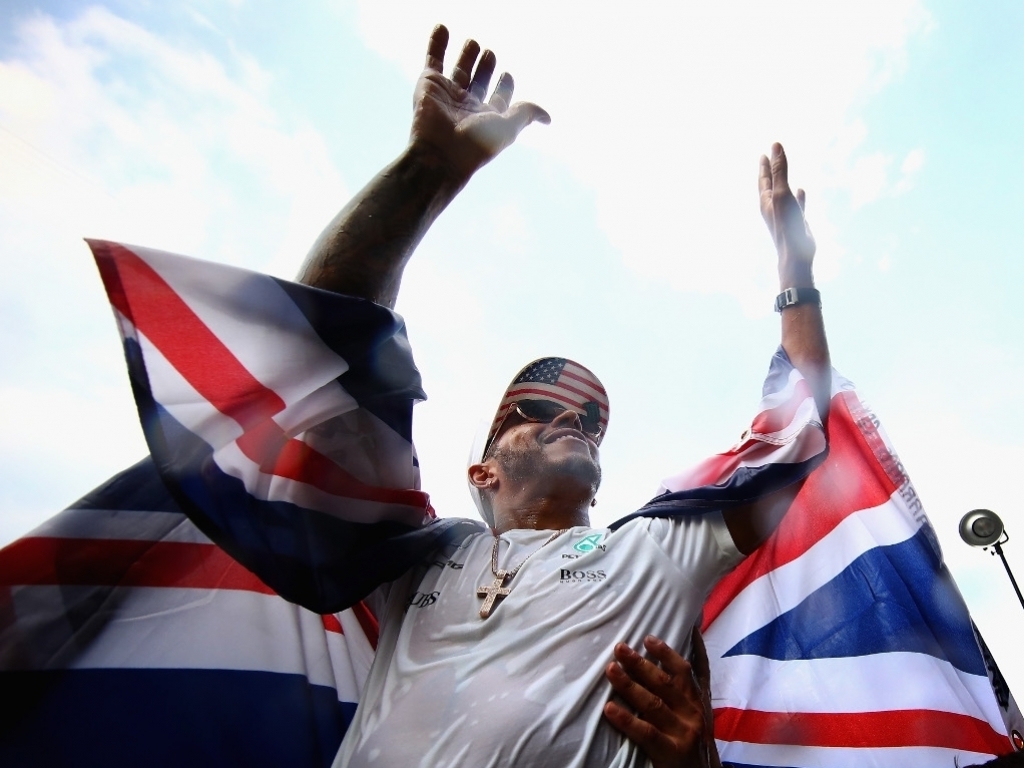 All hail King Lewis the Fourth
Number four wasn’t as dramatic as the first or as torturous as two and three, but in many ways it was the most challenging. The Mercedes wasn’t always the best or most consistent package, however quick it has been. And for the first time since his maiden title, Lewis Hamilton had to stand up to a threat from outside his team; this time in the shape of Sebastian Vettel’s Ferrari.

There was the off-colour day weekend in Sochi, where both Valtteri Bottas and Vettel were faster than he. There was the disappointment of Monaco, and the ‘bumpercars’ and loose headrest in Baku. Yet Hamilton showed the fortitude developed over a decade in the sport to not only repel the challenge from Vettel but also revel in it. Some of Hamilton’s performances post-summer break have been exceptional – indeed, unmatchable. Just as Bottas.

It’s a bit of travesty that the Mexican Grand Prix is among Hamilton’s worst races since joining Mercedes. Yet his suggestion that Vettel deliberately made contact with him was laughable. Like many great champions of old – take your pick from Alain Prost, Ayrton Senna, Michael Schumacher – Hamilton showed again that he is fallible. Bar the occasional missteps when playing mind games, Hamilton has been largely infallible. Yet since the summer break he has been infallible on track. And that is where it mattered most.

Valiant Vettel’s Mexican experience is a microcosm of his season
A highly motivated Vettel and a revitalised Ferrari have had a stunning campaign after the woes of recent seasons. The radical sidepods on the SF70H showed that Ferrari have left behind the conservatism of old and but for some bad luck with safety cars in early rounds could have bagged more than three wins in the first six races.

Vettel’s early-season form was formidable – taking those three victories and three second places in the first six races. But as the development war accelerated, the Scuderia could claim just one win in the next six races. Since then – and especially after the summer interval – the team’s season went from bad to worse. From its home race at Monza when it was obliterated by Mercedes, onwards to the well-documented lows in Singapore and Japan, these all represented a trough from which Vettel’s title aspiration could not recover.

Mexico was also representative of Vettel’s season: there was the sublime (qualifying on pole) and the silly (making contact with Max Verstappen and Hamilton at turn 3). Fighting back from second to last to fourth was an admirable achievement, but to beat Mercedes nothing less than perfect would do. And come next season, how much might Vettel rue the scruffy days that he and his team have had in 2017?

Max says it’s “simply lovely” and he is right
As Verstappen showed in Mexico, it seems highly likely that race wins next year will be contested between Mercedes, Ferrari and Red Bull. In the thin air of Mexico City, his was a masterclass in controlling the race from the front and yet another sign of his maturity and growing threat to the established title contenders.

Describing his start as “simply, simple lovely”, Verstappen is also capable of coming up with Fernando Alonso-type soundbites to entertain fans.  The youngster now has three race wins to his name – each coming after a Daniil Kvyat demotion. And you can be sure that there will be many more.

Renault reliability is rough on some
Red Bull team boss Christian Horner admitted he was concerned about the power unit in Verstappen’s car after Nico Hulkenberg, Brendon Hartley and Daniel Ricciardo all suffered failures that led to their respective retirements from the Mexican Grand Prix. Renault’s resurgence has been hampered hindered by a string of reliability issues, which means Hulkenberg has not seen the chequered flag in three races.

However, the reliability problem in Mexico will be all the more galling for Ricciardo, who took a grid penalty to change components and then had to retire after carving his way through the field in the early phase of the race. The Australian remains one of the best racers on the grid. However, Verstappen’s new contract with Red Bull and two wins in the last four races must be weighing on Ricciardo.

Other observations
Esteban Ocon not only beat team-mate Sergio Perez at Perez’s home race but also finish fifth, equalling the young Frenchman’s best-ever result in F1. It can’t be long before he becomes a candidate for a drive with Mercedes. Bottas, beware.

Lance Stroll bagged sixth in another fine performance for Williams. The Canadian is four points ahead of Felipe Massa in the standings.

Vettel’s move on Perez was brave as they come but the best battle of the race was between Hamilton and Alonso. It’s always a privilege to see Alonso in wheel-to-wheel action. It’s just a pity this was for ninth.