Home Uncategorized Conclusions From The Nurburgring 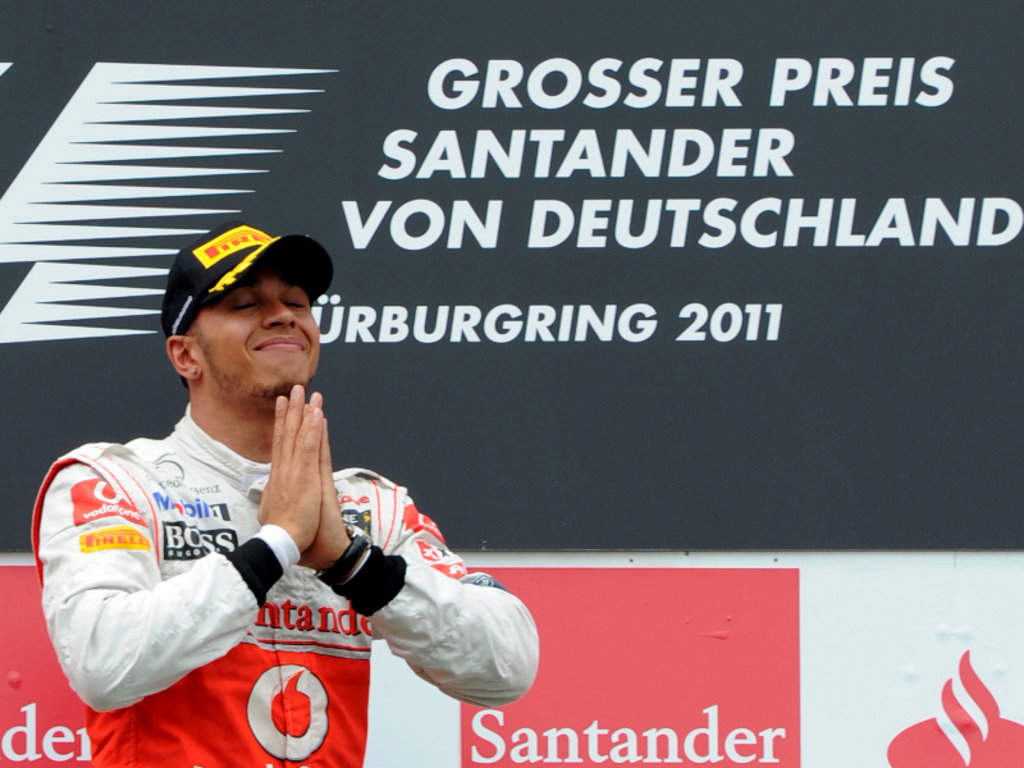 Hamilton Is Just Box Office
That’s why we love him.

Hamilton’s great appeal – which also amounts to an abrasiveness that makes him so spectacularly unpopular in some quarters – is that he is so unashamedly unrefined. He doesn’t merely love to race, he lives to race. And when he races, all he cares about is going as fast as he bloody well can from start to finish. Which is why he is almost always either spectacularly brilliant or disastrously stupid and only very rarely something inbetween.

Not for him patience or prudence; every lap has to be raced as if it is his last and everything has to be considered as do or die. As he admitted afterwards, all he cared about as the lights went out in Germany was braking later than late into the first corner. It’s how he thinks and how he races. Only one speed exists in his mind: flat out.

Little wonder then that he is F1’s version or marmite. His mentality is either his greatest strength or his worst weakness, and the reason why he is such a divisive figure. Because he doesn’t do middle ground, neither can his beholders. You can only love or hate him.

In Germany, to get back to the point of discussion, there was nothing to hate and everything to love. Flatly speaking, the unrefined brilliance of his victory was that it was flat-out throughout.

Flat out even when Fernando Alonso came out in front from the pits and, without a split-second hesitation, he kept his foot in and took Alonso around an outside that had just hung out Mark Webber. Flat out from first lap to last on his second set of tyres, no matter his history for wearing out his rubber through his characteristic excess. Flat out on the last laps. Flat out even on the last lap of the race when he set the fastest time of the grand prix. He just doesn’t know how to slow down, nevermind go slow.

Naturally, because it made for such a great spectacle, Hamilton’s fantastically-bonkers overtake around the outside of Alonso will be remembered as the signature moment of this year’s German GP. But it was a victory defined by that final lap time: Hamilton the racer still going flat out despite the victory already being wrapped up, tied up and packed away in the bag. Hamilton the unrefined throwback unable to resist the drug that is his love for speed no matter that it could still, as it has before, be his spectacular undoing.

Love him or hate him, damn he is great to watch.

Never, Ever Write Off Alonso
Not even when he begins a season badly. The Spaniard is becoming a second-half specialist and 2011 is poised to become the third season in five when his results have suddenly upgraded after a sticky start. After garnering a modest 51 points from the first five races of this campaign, another 81 have been claimed in the latest five – with that quintet including a retirement in Canada.

Fernando’s appeal is entirely different to Lewis’, but his refusal to know when he is beaten makes him just as loveable. He’s the wife and Lewis is the bit on the side.

The Vettel Myth Is Beginning To Unravel
Some statistics are illuminating. Some are deceptive. And some just say it all.

As a frontrunner in a machine that is the class of the field, Vettel is himself in a class of his own: Before Germany, Sebastian had started from the front row in fourteen consecutive grands prix and only in Korea last October, through a fault not of his making, had he failed to finish either first or second.

As a racer required to out-perform and out-drive his car, Vettel is a serial non-deliverer: not since the 2009 Germany GP has Sebastian finished on the podium after starting the race lower than third on the grid.

He’s just not very good at this racing lark when actual racing is required.

In terms of the World Championship, that deficiency matters hardly a jot. By stint of being such a flawless frontrunner, his lead of the Drivers’ Championship still has a buffer of at least 25 points before the point is reached where his crown is in genuine jeopardy. He’s comfortable and he’ll stay comfortable if he finishes all the remaining grands prix in fourth or so position. Yet it’s his glaring shortage of racecraft that makes a mockery of his candidature to be considered a great of the sport just yet.

From start to finish in Germany, his shortcoming was exposed to ugly effect. Twice he left the track because of unforced errors, never once did he appear capable of overtaking Felipe Massa in a straight fight, and always there was the general impression of a driver painfully unable to get to grips with a car which was less than perfection. Alonso has done it, Hamilton has done it, but Vettel just doesn’t know how to win ugly – and that’s why the 2011 Champion-elect will not be regarded as a great Champion.

Red Bull Have Lost Their Way
Has the tide turned? All of a sudden, and with little or no prior warning, Red Bull have been hauled back in. 2011’s dominant force is no longer dominating: having won all but one of the first seven races, the Bulls have won just one of the last four.

Still, although they have lost their way (and it’s probably fairer to assert that Ferrari and McLaren have finally found a shortcut), they haven’t lost their nerve. Fourth place was more than Vettel deserved, but ‘his’ defeat of Felipe Massa in the pits was a particularly impressive triumph for the Red Bull crew given that they have made a couple of costly mistakes in recent past and all the pressure was on the crew sorting out the World Championship leader’s vehicle. Hats off.

The McLaren Is A Meta
What a curious thing this year’s McLaren is. Martin Brundle likes to opine at least once a month that a racing track is a living, breathing thing, and that the tarmac is in constant state of evolution, but it’s a description that would surely be better applied at present to the very curious beast that is the MP4-26.

It started life as a dog (remember the winter woes?), was transformed into a frontrunner for Australia, and then tweaked into a viable winner. Then, just as suddenly, it lost its bite, reverted into a barkless dog, became disparaged, was disowned by its owners…and, true to form, duly won this weekend having been written off by all.

And weirdest of all: judging by their own gloomy, pessimistic pre-Germany preview, McLaren haven’t the foggiest idea what their car is going to be next either.

Schumi One V Schumi Two Is Not A Fair Like For Like
What would people make of Michael Schumacher The Second if Schumi The King hadn’t existed first? The difficulty in appraising Schumacher in his second incarnation is that he is never appraised in isolation. Everything he does is judged in comparison to his former self – which is doubly unfair given that Schumacher The Second is