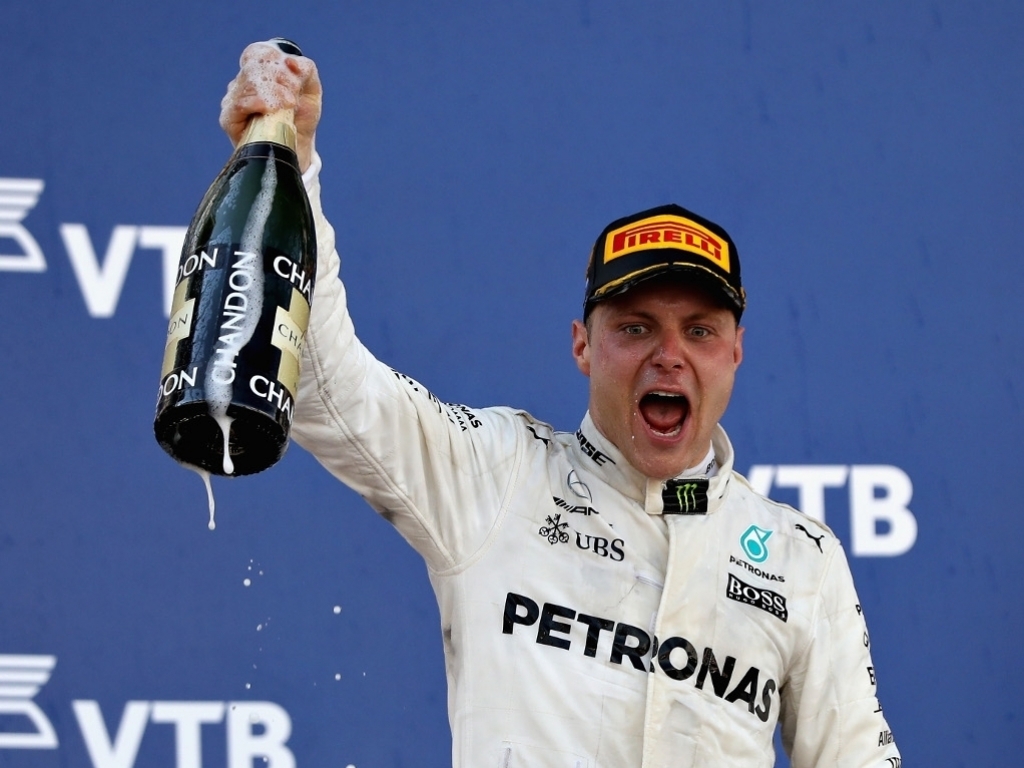 Victory number one with more to come

For the lay observer it all started at the start for Finland’s fifth grand prix winner, by flinging his W08 past Kimi Raikkonen as soon as the lights went out before slipstreaming past Sebastian Vettel with the relative ease of a Sunday walk in the park.

The truth is more complicated than that. Valtteri Bottas has always been hooked up around Sochi and his programme during free practice bore dividends as the focus on race pace helped him scurry into a five-second lead over Vettel early on in the grand prix.

Critics (ahem, this column included) who panned his performance in Bahrain have been well and truly silenced by Bottas’s cool demeanor in the final phases to fend off a charging Vettel, whose Ferrari was also clad with tyres seven laps younger.

Toto Wolff had said that Bottas should have taken pole, but for a couple of small errors in qualifying he may have. And besides a lock-up 13 laps from the end of the grand prix, Bottas’s entire race weekend was flawless.

Written off as a number two driver a fortnight ago, Bottas has transcended the criticism in the last two grands prix. He has scored his first pole, his first grand prix victory, and outqualified Lewis Hamilton in consecutive races. And lest we forget, he is now just ten points behind Hamilton in the standings.

If 2016 was settled by Hamilton’s DNF at Sepang, 2017, as this column noted two weeks ago, could well be decided by micro errors. What we learned this week is that damage limitation will be crucial, too.

Hamilton endured a challenging weekend and never seemed to be on top of a car that both understeered and oversteered, especially in the third sector in qualifying.

With Vettel in the best form of his career, Kimi Raikkonen finally getting to grips with the SF70H, and with Bottas now a race winner, Hamilton will need to do a better job at damage limitation to stay in contention. The same will be true for Vettel and co, of course.

The opening three races of 2017 were defined by the Prancing Horse’s aggressive strategic plays to get Mercedes on the back foot.

To quote Michael Porter, the grand doyen of strategic thinking in business, “Competitive strategy is about being different. It means deliberately choosing a different set of activities to deliver a unique mix of value.”

This is exactly what Ferrari have done. In Australia we saw the over-cut and in Bahrain it was the under-cut that inspired Vettel’s wins.

In Russia, the pitwall instructed Vettel to run seven laps longer in his first stint to facilitate a late charge on fresh rubber. Some analysts suggested that Ferrari erred by failing to stop earlier, but the truth is that Bottas maintained the advantage of track position throughout thanks to the five-second cushion he had built.

Who stopped when at the #RussianGP? Our #Fit4F1 pit stop summary will tell you: pic.twitter.com/ilf2q7BCh7

An earlier stop would not have gained Ferrari track position and a later stop gave him newer tyres and a shorter second stint. This was a good strategy, albeit not as aggressive as before and also an ineffective one due to Bottas’ pace.

Given Hamilton’s woes, Vettel and Ferrari were happy to claim second to extend the German’s lead in the drivers’ standings.

In a more macro way, Sochi showed us that the W08 and SF70H are still closely matched. It seems both teams addressed their relative weaknesses: Mercedes found the race pace to keep Ferrari at bay and the men in red managed to extract better pace in qualifying. Sochi’s unique characteristics (low temps and smooth asphalt) may explain the improvements, but beyond that it seems that Ferrari and Merc are even more closely matched both in quali and race trim.

The one thing that Alonso and Ricciardo have in common

The two-time champion’s displeasure is well known and widely recorded. As countless scribes have written a seemingly infinite number of times, Alonso will be 36 in the summer and is running out of time to find a seat in a car that will allow him to fight for the third title that his talent so obviously warrants. 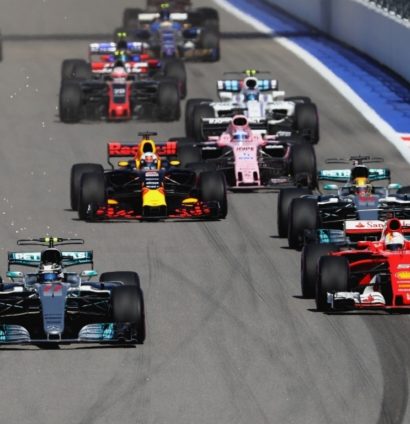 A somewhat less obvious line, but about a man becoming increasingly displeased with his circumstance, is that of Daniel Ricciardo. The Australian believes he has the talent and skill to be fighting for a title.

His brake failure in Russia (and Red Bull’s second such failure in consecutive races) will do nothing to build his confidence in the team’s ability to compete with Ferrari and Mercedes at the sharp end of the grid.

Ricciardo will be 28 in the summer and with the generation of drivers advancing swiftly (Max Verstappen – 19, Esteban Ocon – 20, Carlos Sainz – 22) the pressure is building.

To underscore Red Bull’s problems, after 20 laps in Russia Verstappen found himself 30 seconds adrift of the leader. He ultimately finished a full minute adrift of Bottas and 26 seconds clear of Force India’s Sergio Perez.

In short: Red Bull were closer to Force India’s performance than to the leading two manufacturers. Verstappen’s podium in Shanghai is the highlight of the team’s year so far, while unreliability is another concern along with the lack of pace. So far the RB13 has finished just 63% of grands prix it has entered.

After a great start, not the most exciting race for me… Happy to finish 5th, the best we could do today. We’ll keep pushing! ? #RussianGP ?? pic.twitter.com/0GJi0vqBbn

Red Bull expect better and have pinned their hopes on the B-spec upgrade coming in Spain.

But Force India, too, will roll out an updated car. A solid fourth in the constructors, Force India have been the surprise package of 2017 so far.

Ahead of Williams, Toro Rosso, and the works Renault outfit, Perez and team-mate Ocon have scored consistent points finishes throughout the campaign. Perez claimed a season-best sixth in Sochi to go with two P7s and a P9, while Ocon claimed a career-best seventh in Russia after a hat-trick of P10s.

Felipe Massa’s race was compromised by a puncture and Lance Stroll’s spin (though not entirely his fault) behind the safety car resulted in a dismal weekend for the men from Grove. But Stroll did manage to finish an F1 race for the first time.

Both Williams cars managed to mix it with Vettel, albeit as backmarkers. Massa got between the flying Vettel on the last lap, which helped Bottas get over the line as race victor, while earlier in the race Stroll prompted Vettel to get on the radio and sing his 2016 classic “Blue Flags”.

“He’s never on the radio complaining, no?”

As for Massa, the Brazilian was unsurprised to hear that Vettel had complained about being blocked through turn 3 on the last lap as the Ferrari man pursued Bottas.

Vettel had flashed his middle finger at Massa, but after the race the German played down the severity of the incident and shifted discussion to praising Bottas for claiming his first win.

This is what fans should revel in seeing: hard racing on the track, some wry commentary on it and off it, and an appreciation for what matters on the day.