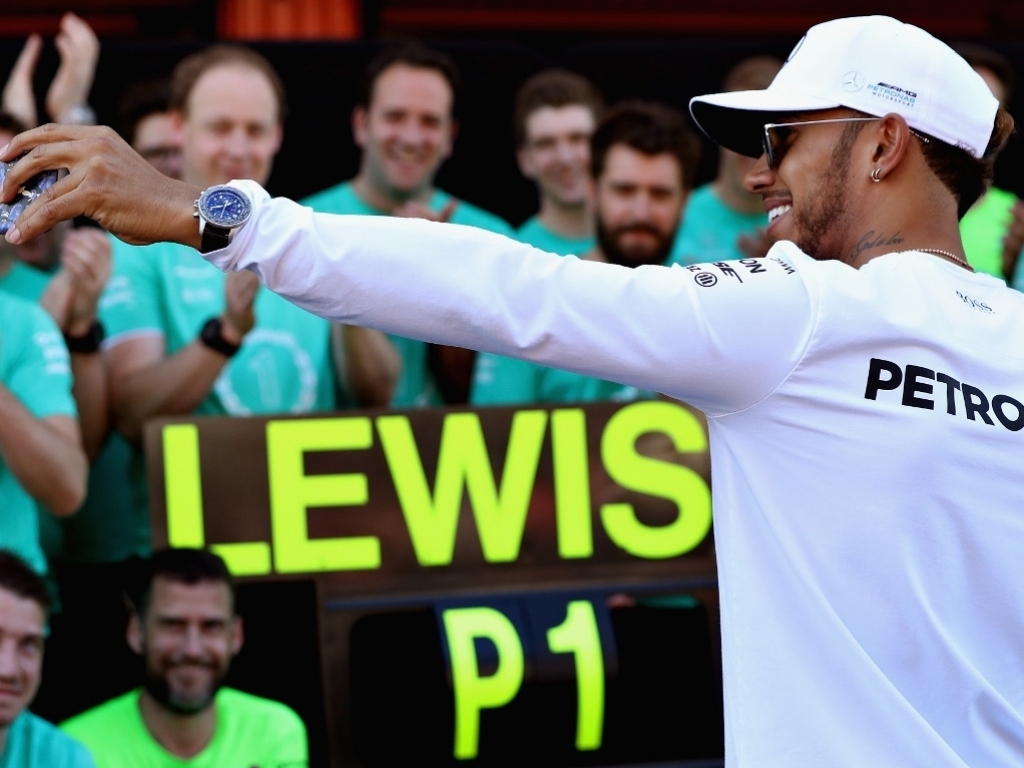 The small things all add up for Lewis and Merc
It’s been many years since two teams were as evenly matched as Mercedes and Ferrari are in 2017. The key narrative elements of the season from Australia through to Russia include micro errors, safety cars, team-mate dynamics, and smart strategies.

The Spanish Grand Prix on Sunday was no different with all of those factors converging to create the conditions for yet another thrilling race. On all four counts it was Mercedes that edged Ferrari to give Lewis Hamilton his second win of the campaign.

Micro errors: Sebastian Vettel missed pole position by 0.051 – effectively the time he lost in an innocuous lockup in the final chicane of qualifying.

Team-mate dynamics: While it is a disservice to call Valtteri Bottas a number two (remember Sochi?) his rousing portrayal of a moving chicane in Spain cost Vettel time after his first pit stop, which allowed Hamilton to stay in touch with the Ferrari.

Strategy: The men from Maranello out-thought Mercedes in several of the opening rounds, but in Barcelona it was the Silver Arrows who won the strategy battle. They not only forced Vettel into an early first pit stop by threatening to undercut the Ferrari, but also gained the edge by putting Hamilton on mediums at his first pitstop followed by softs for his final stint, which meant he was faster than Vettel whose SF70H was wearing the slower mediums in his last stint.

Safety cars: The safety car hurt Vettel’s race in China and in Barcelona it was Ferrari who hurt their only chances when the virtual safety car was activated on lap 35. Mercedes stopped Hamilton under the VSC while Ferrari stayed out and only pitted once the race was live again – an error that cost Vettel around eight seconds.

Hamilton described his battle with title rival Vettel as “raw” and said he “loved” going wheel to wheel with the four-time Champion, who used the full width of the track and forced the Mercedes man off the track at turn 1 on lap 38.

British star has had the upperhand in recent title fights against Nico Rosberg, especially in close combat. Even if Vettel lost the race in Barcelona he laid down a marker to show that he will give no quarter in wheel-to-wheel racing against his rival.

But what counts in Monaco?
The unique nature of Monaco is likely to lessen the importance of wheel-to-wheel battles and  possibly some of the trends mentioned above. There will, however, be a greater emphasis on qualifying and the start because it is next to impossible to overtake on the street circuit.

Conventional wisdom suggests Hamilton may have the advantage given that Mercedes has more peak power in qualifying than Ferrari. However, there is a school of thought that W08’s longer wheelbase could work against Mercedes in the confined space of the Principality’s streets, which also nullifies the need for pure grunt.

As for qualifying, of the last 10 Monaco Grands Prix seven have been won from pole. One was won from second and two from P3 on the grid.

What does Ronaldinho have to do with anything?
It may be indulgent to rehash a story that is quite probably apocryphal, but in 2005 FC Barcelona’s Ronaldinho was named World Player of the Year. When a journalist asked him how it felt to be the world’s best, the Brazilian is said to have scoffed. “I’m not even the best at Barca. Have you seen this kid Leo Messi?”

With the Camp Nou just over 30 kilometres down the road from the Circuit de Catalunya, this anecdote seems relevant because F1 has a talented crop of young stars emerging from the depths of the grid to the lofty heights of big points finishes.

What we saw on Sunday is the further maturation of several younger drivers. And this even on a day on which Max Verstappen (for the purposes of the anecdote it might be worth calling him F1’s equivalent of Messi) couldn’t get beyond turn 1.

Then there is Esteban Ocon, who notched up his fifth consecutive points finish with a career high fifth. The Force India driver hardly featured in the broadcast and was again beaten by team-mate Sergio Perez, but for a 20-year-old he has done a fine job to keep bagging the points.

However, the undisputed pound-for-pound king on Sunday’s form is Wehrlein. The Sauber driver’s bold one-stop strategy paid dividends with an eighth-place finish and it could’ve been better had he not collected a five-second penalty for a pit lane misdemeanour.

For context: this is Sauber’s best result in 31 races – a period spanning 581 days since Felipe Nasr’s sixth in Russia in 2015. This in a Sauber powered by a one-year old Ferrari power unit. This by a man who missed the first couple of races through injury.

The former Manor driver is now 13th in the standings and is ahead of both McLaren drivers, a Haas, a Williams, and a Renault driver.

Other talking points
Daniel Ricciardo bagged a podium to inject some momentum into his season and said he was happy with the result that “reminds people of what he can do”.

Honey badger will take what he can get ?

However, his Red Bull finished more than one minute adrift of the leading two. So much for the upgraded RB13. Red Bull and Ricciardo especially are very, very good around Monaco and will expect more competitiveness and less damage limitation there.

Besides doing all he could to interfere with Vettel’s race to aid team-mate Hamilton, Bottas had another poor grand prix. His exploits in Sochi likely led to the power unit failure in Spain, but besides running markedly slower than Hamilton in the opening phase of the race it was also he who triggered the T1 chaos that resulted in both Kimi Raikkonen and Verstappen retiring. Both Finns and Verstappen will be eager to make amends in Monaco.

It was a challenging day at the office for F1’s elder statesmen. As noted above, Raikkonen retired without completing a lap while Felipe Massa was clouted by Stoffel Vandoorne at turn 1 and scrapped messily with Fernando Alonso early in the race. Alonso fought valiantly not for P1 or P2 but P12; a disappointing return after he dragged his McLaren to seventh on the grid with a qualifying lap that defied belief.

Of course there will be no Alonso at Monaco where McLaren welcome back the venerable veteran Jenson Button for what is likely to be his F1 swan song. Unless Alonso decides to stick to Indy, that is.

Homage to Catalunya
For an event that is highly aero dependent, the Circuit de Catalunya has provided successive races that could be described as epic.

In 2016 Max Verstappen mesmerised the world with his first grand prix win. Michael Schumacher also won his first ever race for Ferrari at the track way back in 1996, but the circuit was also once called “the most boring circuit ever” – a claim based in part on the 1999 grand prix in which only one overtake was recorded.

The scrap between Vettel and Hamilton headlined the 2017 edition, while there were also excellent duels deeper in the pack.

The only gripe being that Hamilton overtook Vettel both with the assistance of DRS and thanks to the speed differential of faster tyres.

And then the clumsy and cruel
Besides the world champions and stars tipped for great things (LH, VB, KR, SV, DR, MV) and the young guns mentioned earlier, there is a group of experienced F1 pros whose careers could go either way. There names come up often: Romain Grosjean (31), Nico Hulkenberg (29), and Sergio Perez (27).

Grosjean’s hopes of a top seat have diminished, and seem to diminish further with each lockup and moan about said lockup, while The Hulk is well placed to capitalise if the works Renault can get their house in order. And Perez has walked the path to redemption with calculated effort, poise, and pace since his disastrous tenure at McLaren.

Broadly speaking in addition to the champs, young stars, and these nearly men there is a fourth category of F1 drivers: those who need to perform and perform fast to convince their teams that they deserve a seat in F1.

Stoffel Vandoorne may be in a woeful McLaren Honda but he qualified 10 places lower than Alonso and was involved in a clumsy incident with Massa. Luck notwithstanding, Jolyon Palmer has shown zero racecraft in a Renault capable of top-eight finishes, and Lance Stroll piloted his Williams to last place in Spain. No further analysis required.