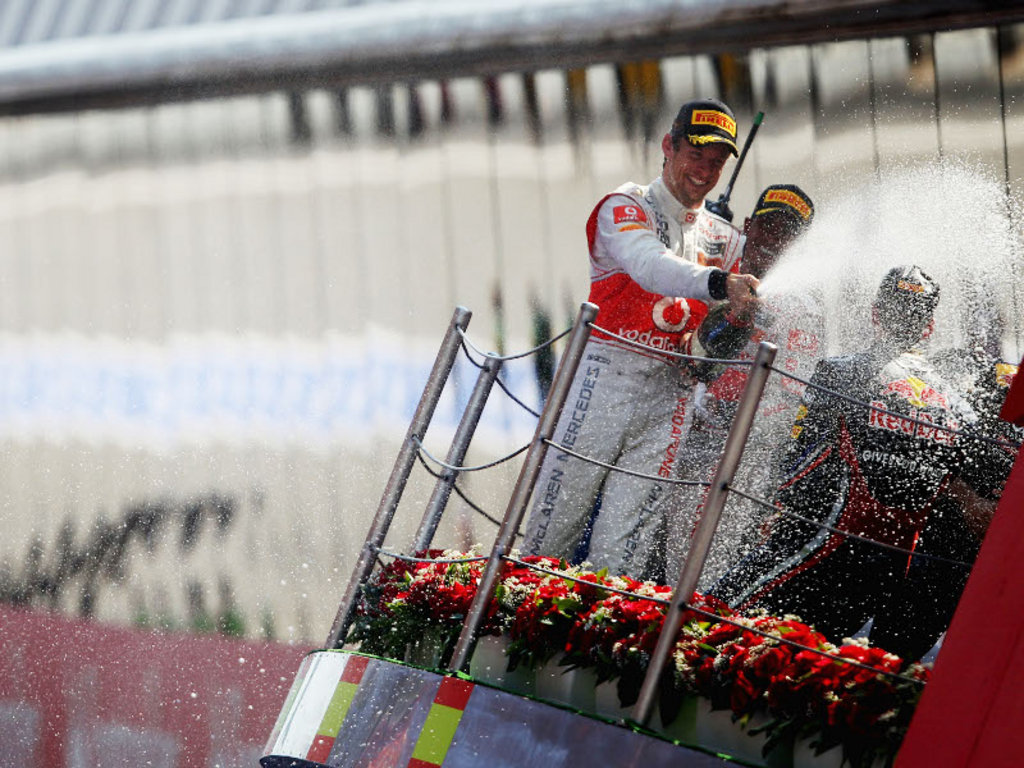 Vettel At His Best In Winning Bad
A familiar adage in football is that the mark of a championship-winning team is the capacity to win when not playing well. Perhaps that cliche has a ring of truth in F1 as well, declaring that the mark of a title-winning driver is the ability to win when not in possession of the fastest car. If so, Vettel’s ‘bad’ victory in Barcelona was by far the best of his 2011 collection and maybe of his career. If he can’t be beaten when he’s short of speed and his car has a substantial malfunction, then…

Though delighted with their race-pace in Spain having been cut adrift two weeks ago in Turkey, McLaren’s overriding emotion as they journey across the continent to Monaco should be disappointment. This was a grand prix which they should have won ahead of the World Champion. Instead, Vettel extended his lead to the equivalent of a race win and a half. His position is formidably ominous and strengthening.

Perhaps in part because of their Istanbul disappointment, and perhaps in part because the Bulls are so disconcertingly fast in qualifying trim, McLaren seemed slow to realise their superiority this weekend and that victory was theirs for the securing. Only after a third of the grand prix had elapsed did they apparently realise that Hamilton was racing Vettel and they needn’t concern themselves with covering off Fernando Alonso for a podium. McLaren had the speed, they were just too slow to appreciate it.

As ever in a small-sized victory – Vettel crossed the line for the final time with a winning margin of half a second – small details were critical. In order to be sure that Alonso and Mark Webber were leapfrogged, McLaren kept Hamilton out for two laps longer than Vettel on his first stint, a strategy which secured second but cost him valuable seconds in pursuit of first. Vettel’s final pit-stop was then significantly faster than Hamilton’s. And the baulked McLaren had lost a full second behind a disgracefully-unreprimanded Hispania just before that final set of stops. At some stage, Hamilton would have had to overtake Vettel to claim victory, which is easier typed than actually done around Barcelona, but those small details cut his chance in half.

The other Great Unknown is whether Hamilton would have had just enough straight-line speed to overtake the KERS-less Vettel down the straight if only the DRS zone had been better placed. Had the line been drawn at the start of the straight rather than further down the track across the start-finish line then the result might well have been a swap of positions at the front. It’s a fine line, almost literally, but whereas the zone’s position made overtaking too easy in Turkey, it was slightly too conservative in Spain. For Vettel, deprived of an alternative form of protection in the form of Kers, the infectiveness of the DRS was a victory-saver.

Yet it would be wrong to imply that Vettel’s victory was in debt to fortune. Plenty of other critical details were to his full credit. Under relentless pressure from Hamilton during those nervy final laps, he didn’t crack and his defence remained immaculate throughout. As remarked elsewhere, he used a true racer’s intelligence to fend off the faster McLaren, realising that so long as he did not make a mistake out of the final corner then Hamilton would run out of tarmac before catching him along the straight. Earlier, but just as significantly, his instant attack to pass Jenson Button and Felipe Massa within five corners of returning to the track from his first stop would assume decisive status an hour later.

So many small details, and such a big victory.

Alonso Makes Ferrari The Great Pretender
The great thing about Alonso’s incredible start is that he probably didn’t even know what was going on either. It was all instinct and his surprise at finding himself in first place was probably the equal of everyone else’s.

For the next twenty laps or so, Alonso summoned all of his skill to deceive his home support into thinking that his car was at least the equal of all those behind him. He may not have the sheer pace of Vettel or the daring of Hamilton, but there isn’t another driver in the field who could have pulled off such a deception for so long and so emphatically. Though Alonso’s second-half unraveling was spectacular, with the Spaniard lapped towards the end and finishing a full minute behind the leaders, the truly incredible half of his race was the first. Only a special kind of genius could have kept the Ferrari in first place without offering the slightest hint that it was just an act of defiance.

As he acknowledged afterwards, the ‘trick’ was qualifying the Ferrari in fourth rather than “eighth or ninth” to sew the idea that he could challenge the Red Bulls and McLaren. It was a brilliant lie, making the Ferrari appear competitive when Felipe Massa couldn’t disguise any of its imbalances and inadequacies. Being put on hard tyres for 40% of race distance saw Alonso lose around forty seconds in the final twenty or so laps compared to Vettel and Hamilton, but ultimately it made no difference. He couldn’t have finished any higher than fifth whatever his strategy. And, with the possible exception of Hamilton, there isn’t another driver in the field who could have finished as high as fifth in such a truly uncompetitive car.

Webber Looks A Broken Man
Quite what the result of the race would have been if Mark Webber and Alonso had swapped cars is to enter the realms of fantasy and to step on to a slippery slope that will only lead into lengthy conjecture about the Australian’s future in the sport – less than one year? – and the motivation behind Ferrari securing Alonso’s for another five years – a political message to the sport’s power brokers that the Scuderia are here to stay? Yet there can be no hiding place for Webber after finishing forty-seven seconds adrift at a circuit where all of the previous ten pole sitters had won. No hiding places and no excuses.

Before departing the scene of his crime, Webber offered one by citing “a small margin of error”, but such a half-hearted response was itself revealing for its lack of fight and conviction. Ever since the season’s start, Webber has had pallid appearance of a broken man, haunted by last year’s failure. Even on Saturday, in the wake of taking pole position, he couldn’t raise a smile. The fight seems to have gone – and it’s not the sort of thing that tends to return to a former owner.

For Webber as well, a slippery slope might now be just one more small step away. If it is, a jump is as likely as a push.

Heidfeld Reveals A Saturday Flaw
A terrific result for Nick Heidfeld, with Robert Kubica’s stand-in bringing his Renault home in eighth just twenty-four hours after it was chargrilled in final practice. Yet it’s a bad result