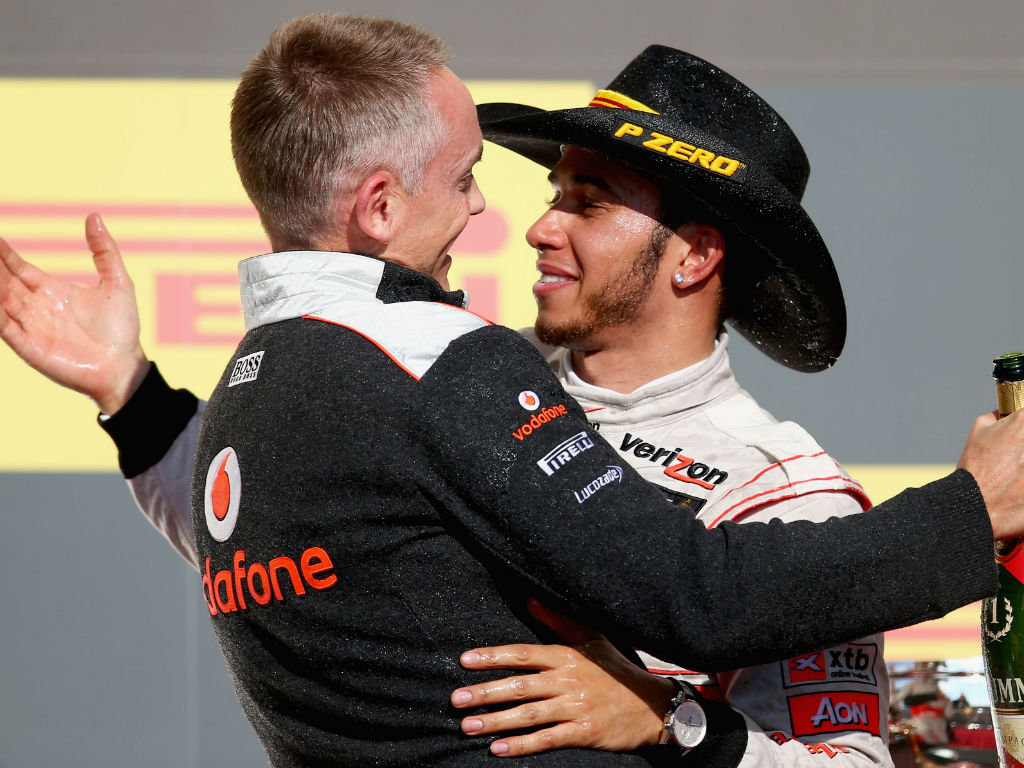 Lewis Hamilton’s brilliance provides his employers of present and future with uncomfortable questions to answer.

Hamilton leaves McLaren as a leading light
So that’s why Lewis Hamilton is so widely regarded as being the fastest driver in F1 – and why it isn’t just McLaren who should mourn his departure to Mercedes.

The sport will rival Hamilton himself as the big loser from the transfer if, as seems disconcertingly and increasingly likely, Mercedes prove ill-fitting of his talents and the challenge he seeks turns out to be a dead-end street for his career.

But let’s not go there just yet, because the sight of Hamilton wringing every last drop of pace out of his MP4-27 as he defeated both Red Bulls around the wonderful Circuit of The Americas was one of the highlights of the season, his pursuit of Vettel an ultra-fast, slow-burning riveting demonstration of speed, precision and determination.

Even in a race which did not feature a single incident requiring the intervention of the stewards, Hamilton and Vettel were a class above and a class apart. As they crossed the line, with the dogged Vettel still within a couple of tenths of the McLaren after refusing to accept that Hamilton’s pass thirteen laps previously should have signalled his surrender, the third-placed Fernando Alonso was nearly half a lap behind.

In isolation, their duel was brilliant. In their personal circumstances, it was better still, with Vettel refusing to play safe in deference to his championship considerations and driving with supreme skill to shackle Hamilton until being caught at the Karthikeyan mobile chicane, and Hamilton wonderfully committed to a McLaren cause he is about to abandon. “It’s not even possible Seb wanted it as much as I did,” said an understandably-elated Hamilton afterwards. He’d better be careful: such non-diva behavior isn’t going to fit with the caricature his critics like to fabricate.

All credit to Lewis, he deserved this victory like no other on a circuit which deserved the stunning race it hosted. The same might not be true of a McLaren team which has let Hamilton down far too frequently this term and but for their spate of mistakes – operational and mechanical – he would surely be departing for Brazil as a title contender. Instead, he is departing for a Mercedes team which hasn’t scored a single point in the last five races and only received a mention in dispatches from Austin as the one team requiring two pit-stops. If the rest of the field was a world away from Hamilton and Vettel on Sunday, Mercedes were in a different orbit.

The shame of 2012 is that, for all the allure of a title showdown at Brazil between Alonso and Vettel, it will only be a two-way fight. The greater pity, in future hindsight, might prove to be that one third of F1’s glittering elite has opted to sign away the next three years of his career on a hunch.

Ferrari lose sight of the ultimate big picture
Desperate times make for the most desperate of measures. The best that could be said of Ferrari’s decision to deliberately weaken one of their drivers in order to help the other ahead of Sunday’s U.S. GP is that the ploy proved just how serious they are about winning the championship. And the worst? That it showed contempt for Felipe Massa and F1 on what was arguably the sport’s most important weekend this year.

The truth, as ever, fell in the vast chasm in between. It was cynical rather than contemptuous, cunning not cheating. In F1, the rulebook is a flexible friend, made to bend, especially in the sort of exceptional circumstances presented at Austin with Ferrari compelled to play dirty because of the amount of dirt off the racing line. Moreover, as Massa already knew only too well, F1 is first and foremost a team game. Ferrari might not have been in the right, but it doesn’t necessarily follow that they did wrong.

Yet the scene depicted in the bigger picture was a murkier matter. While Ferrari were at least open about their motivations, their desperation also clearly exposed their failings. Having been unable to build a car for Alonso capable of beating the Red Bulls, they resorted to sabotaging one of their own. And then there was the even bigger picture, the one which saw F1 in the last-chance saloon to win over the vast untapped market of America this weekend, and the sobering realisation that, after the Indy debacle of 2005, the last thing F1 wanted America to wake up to on race day was this sort of baffling and demeaning collusion. For a while, as speculation raged that Red Bull, and or others, would respond in kind, the sport was staring down the barrel and a potentially-fatal bullet was only dodged when Christian Horner confirmed his team would not be following Ferrari’s suit.

No driver, as Ferrari reminded Massa this weekend, is bigger than the team. But the uncomfortable question to be asked of Ferrari is whether at any point on Sunday morning they asked themselves if any team is bigger than the sport.

The brutal reality is that the title is out of his hands because only the gods above with rain or the possible devils below in Vettel’s car can save him. Both scenarios are eminently possible, with showers forecast for race day and Mark Webber’s RB8, made of the same components as Vettel’s, suffering a raft of problems in recent weeks. It can’t always be him, can it?

Yet the core point remains that, for all Ferrari’s efforts and mammoth investment, their car is still lacking pace and at least five years have passed since the team boasted the fastest machine on the grid. Consider it from this perspective: of Alonso’s last five wins, four have been in the wet, and the other, in Valencia this year, was won from eleventh on the grid. This is no way to win a championship.

The Spaniard’s genius has disguised Ferrari’s aerodynamic failings, but there will be nowhere for the team to hide if Brazil ends without a miracle. The toll being levied on Alonso might also be beginning to tell. Saturday marked only the second occasion this season when Massa had out-qualified the sister car and as Alonso generously but accurately acknowledged “Felipe was fantastic all weekend, quicker than me in all three qualifying sessions.” Needing a fast sprint at the finish, is Fernando finally running out of steam?

HRT lose direction in a one-nation multi-national sport
So where now for HRT? The news that the team is seeking fresh investment –