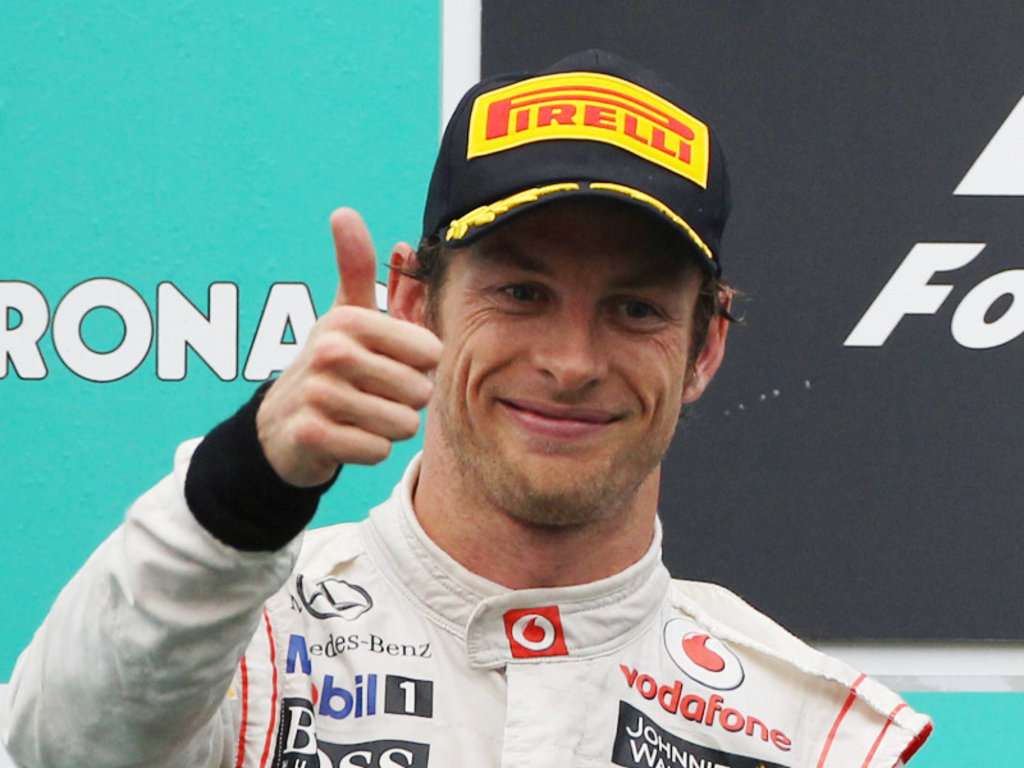 Jenson Button admits it wasn’t all plain sailing at the Malaysian Grand Prix as the different strategies made things a little confusing.

The McLaren driver, who started fourth on the grid, claimed his first podium of the 2011 season with a second-place finish behind Sebastian Vettel.

However, with most of the front-runners opting for three-stoppers, Button feels it was difficult to know what was going on around him.

“It was a really confusing race in a way, understanding or trying to understand the pitstops and whether it is worth looking after the tyres or not, so pretty tricky,” said Button.

“In the last stint putting the prime tyre on, the car came alive, I had so much more grip. I had a feeling the tyre would not go the same way as the prime tyre.”

“I had so much more grip and I had a feeling that the tyre wasn’t going to go the same way as the soft tyre, and my pace was much better in the last stint. It was a fun race, a couple of really good battles. ”

Although he is delighted with P2, he admits he wanted to push Vettel a little harder in the end.

“I was happy to come away with a second, I had the team telling me to back it off and look after the tyres,” he said.

“But, in a racer’s mind you want to push as hard as you can and try and catch the leader. Even though it was not really on, I had to give it a go. I had a lot of fun out there, and great to get 18 points.

“A big thank you to the whole team for doing a magnificent job today with the pit stops and the strategy. I think we’ve made some good progress, so I think looking forward to China we should be excited and hopefully we can challenge these guys (Red Bull).”