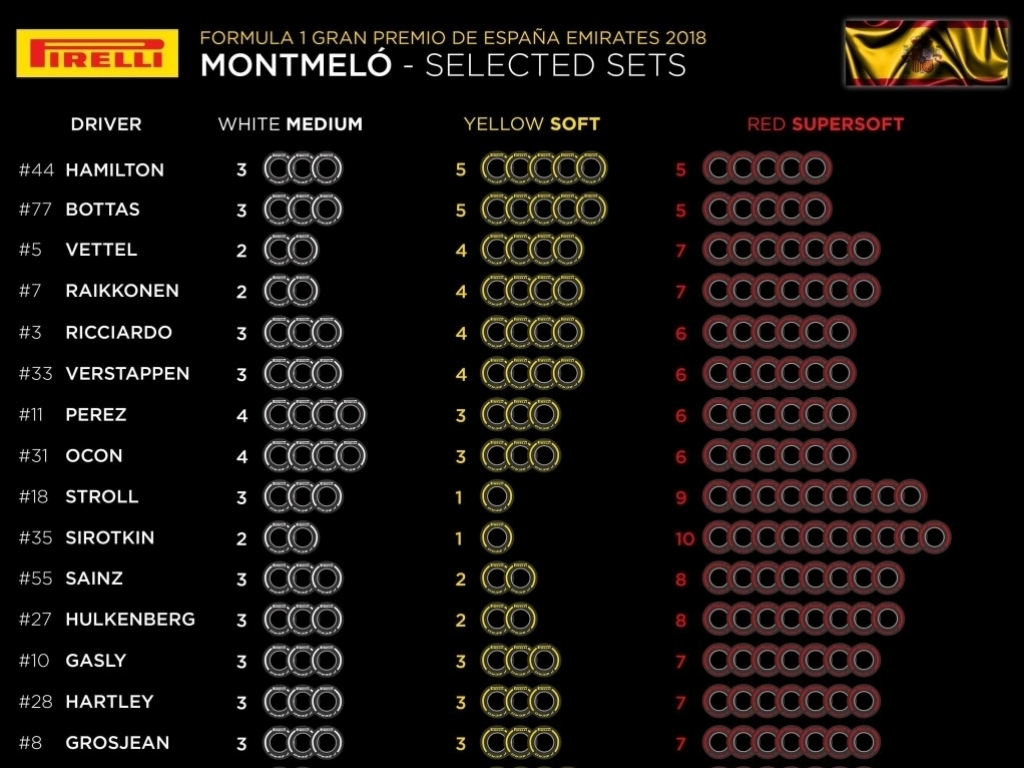 Mercedes have opted for a conservative tyre approach to the Spanish Grand Prix compared to their rivals Ferrari and Red Bull.

Both Lewis Hamilton and Valtteri Bottas have five sets of the quickest supersoft tyres available to them at the Circuit de Catalunya, while Ferrari duo Sebastian Vettel and Kimi Raikkonen both have seven sets.

Mercedes have instead opted for an extra set of soft tyres compared Ferrari and Red Bull, as well as an extra pair of mediums apiece for both Hamilton and Bottas – although Daniel Ricciardo and Max Verstappen will also have three sets of the mediums, too.

Williams have the most aggressive strategy out of all the teams, with Lance Stroll and Sergey Sirotkin having nine and 10 sets of the supersofts available respectively.