Home Uncategorized ‘Costs more to sit around than test in Bahrain’ 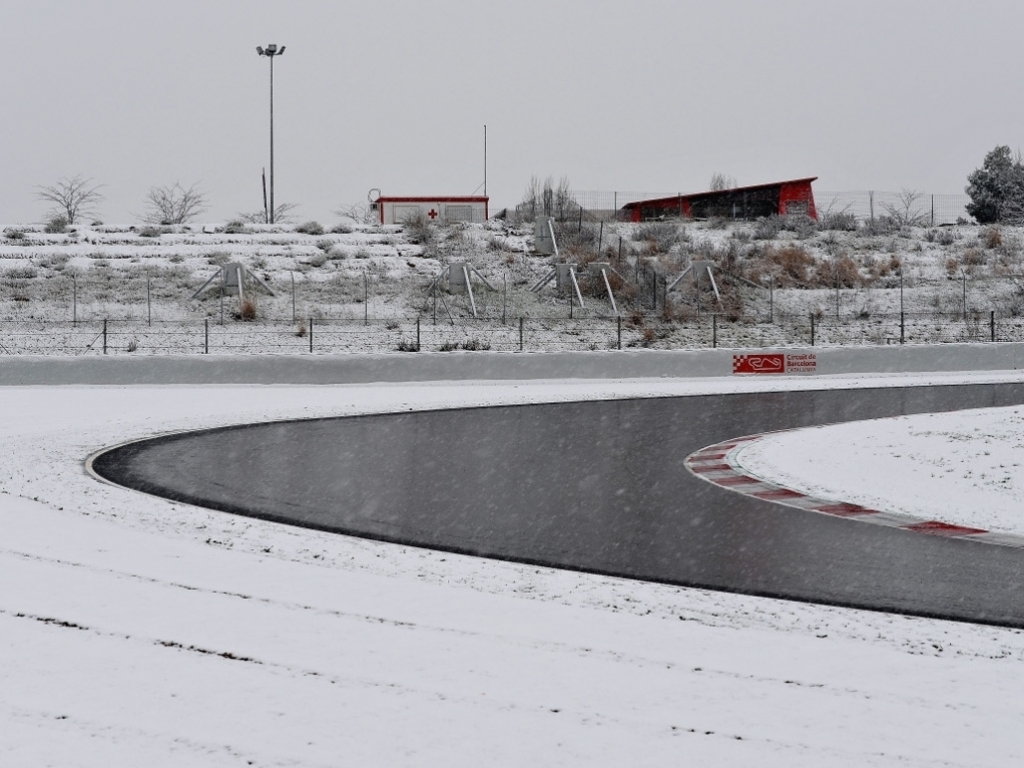 Christian Horner believes while freight costs may be cheaper to Spain than to Bahrain, sitting around in the snow will prove more costly in the end.

This week’s opening test at the Circuit de Catalunya has been hampered by poor weather with just 17 laps covered the entire day on Wednesday as snow and heavy rain kept the drivers off the track.

It has raised questions about why the teams don’t head to Bahrain to test having last done so back in 2014.

The main answer to that is money and the cost involved in getting all the freight, team personnel and spare parts to Bahrain.

However, Horner says it is costing the teams more sitting around in Spain.

“Sitting here in the snow? Well, anywhere would be better,” the Red Bull team boss told The Guardian.

“We came here for cost reasons.

“It’s cheaper than flying all the kit and people out to Bahrain but it actually ends up costing you money by not running in terms of the lack of development and opportunities to fix faults.

“If there is an opportunity to go to a warmer climate next year then we would take it.

“It’s a trade-off in terms of the lack of running we have had this week and therefore the ability to fix problems that might bite you in the arse come race one, two and three.

“There are only eight days – it is such a premium. Four days per driver and we are down to three and a half each now.

“There is no other sport where you would have so few days of practice before going into a major tournament.”