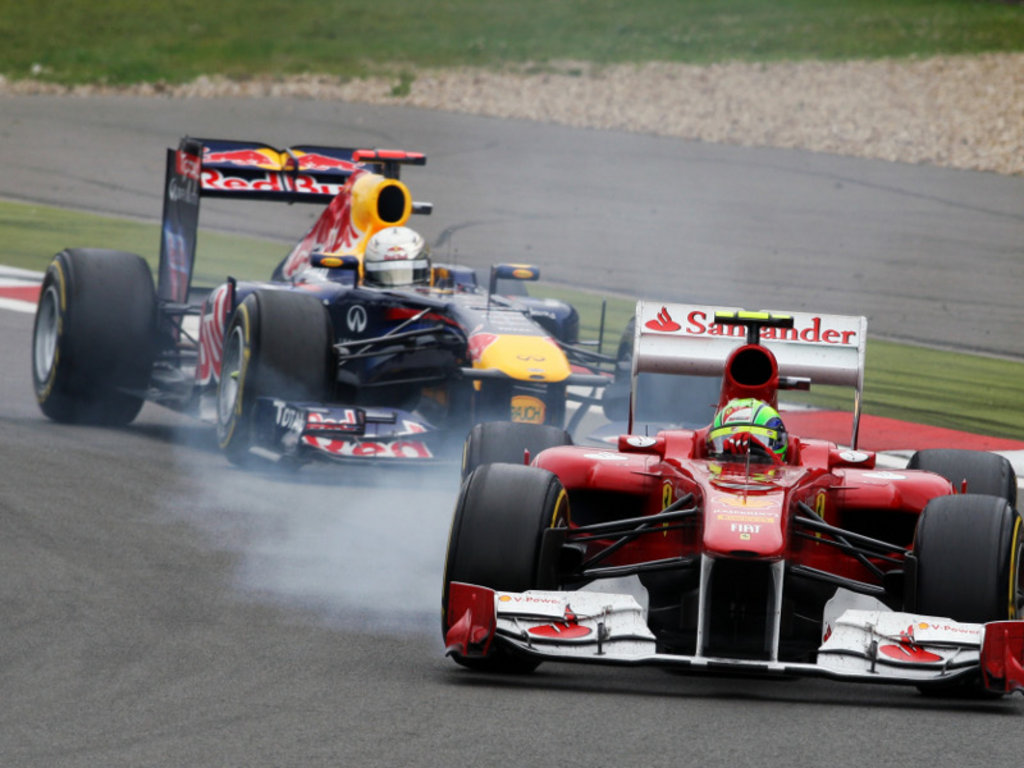 Vettel, trapped in the pack after missing out on a front row grid slot, was anything but impressive in Sunday’s German GP.

The reigning World Champ, often criticised for his inability to race others, twice left the track, put his car into a massive slide and spent the latter stages of the grand prix starring at Massa’s rear wing.

In fact, Vettel needed his team’s help to eventually overtake the Brazilian with his Red Bull mechanics doing a better and fastest job of changing his tyres when the duo pitted together on the penultimate lap.

“He had to rely on the pit crew to do it,” Coulthard told the Daily Telegraph. “The jury is still out on his racing in traffic.”

But while Coulthard wasn’t impressed with Vettel’s lack of race-craft in Germany, race winner Lewis Hamilton has come to the Red Bull driver’s defence.

“You can’t expect him to be perfect all the time. He’s won a huge amount of races from the end of last year into this year,” said the McLaren driver.

“It’s easy for everyone to criticise him, just from one race, but he’s been exceptionally consistent for a long time.

“For whatever reasons, I’m sure he will bounce back, he will be very quick at the next race and I think it’s maybe a one-off.”