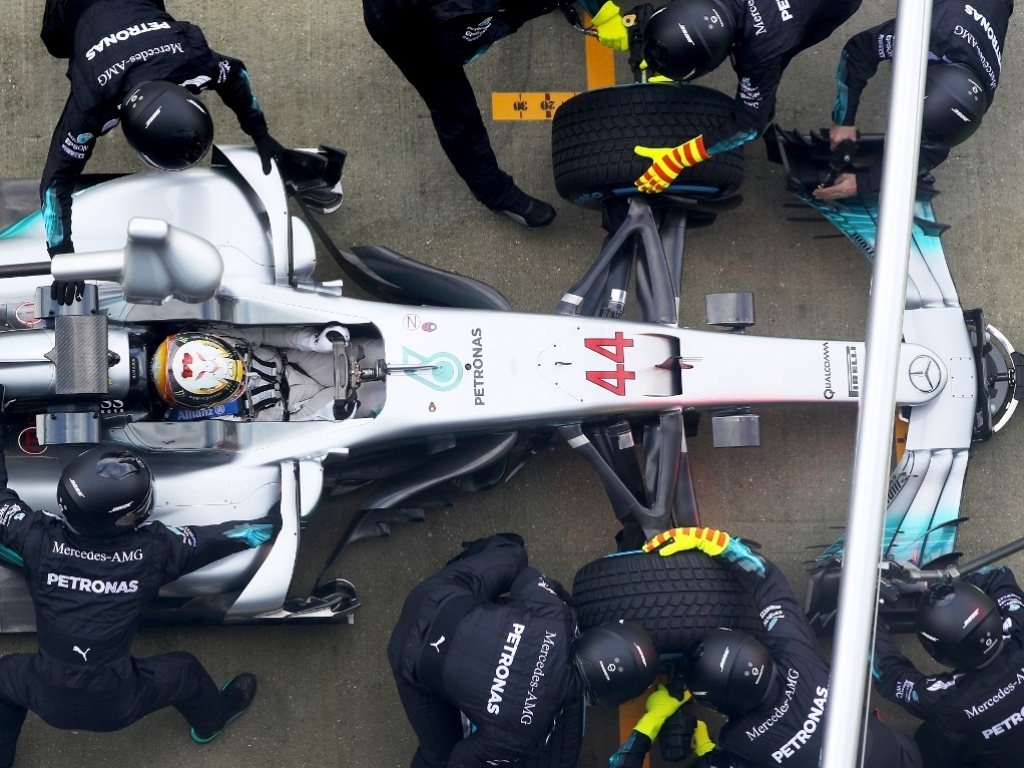 Mercedes have officially unveiled the 2017 W08, a car that looks rather different to what their rivals have put out.

The W08, which will be driven by Lewis Hamilton and new team-mate Valtteri Bottas, features a shark fin cover but it is extremely small compared to that of the Brackley team’s rivals.

Added to that, the tip of the nose is also different as Mercedes have gone with a more rounded end as opposed to the thumb tip.

But whether they’ve found the silver bullet with the new regulations remains to be seen.

Asked if he was nervous ahead of the new season, motorsport boss Toto Wolff said: “No, more excitement because we were lucky enough to be the benchmark in previous seasons.

“But as with any year the points go back to zero and it is now a new era in terms of technical innovation.

“Maybe somebody has found the silver bullet that changes everything like in 2009 with Ross Brawn.

“Hopefully we have found the silver bullet.”

The car has already had its first laps out on track with Hamilton putting in a run at a blustery Silverstone circuit ahead of the official unveiling.

“It felt incredible, firstly just very proud to be with this team,” said the triple World Champ.

“Yesterday was the first time seeing the car put together and it is the most detailed piece of machinery that I’ve seen in Formula 1.

“I was super excited and today I got to drive it for the first time.