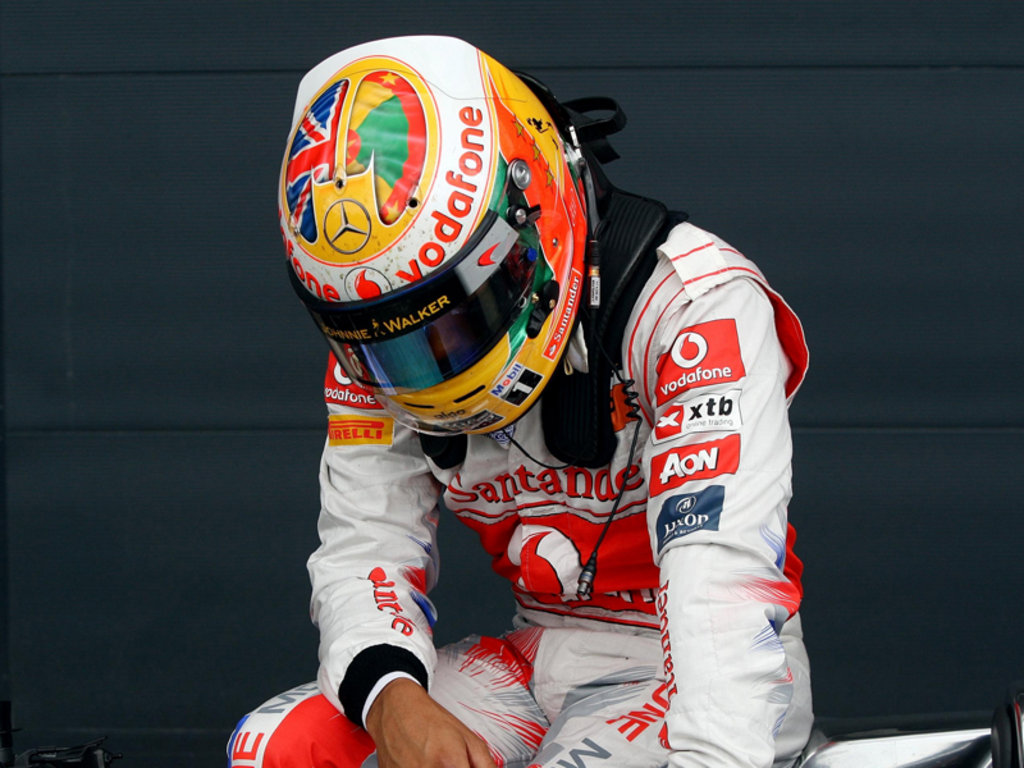 Martin Whitmarsh believes Lewis Hamilton has come in for some unfair criticism with one person slating him and the rest jumping on the bandwagon.

Following his error-strewn Monaco and Canadian GPs, Hamilton copped flak from all quarters.

Felipe Massa, who he hit in Monaco, stated that the FIA “need to think about something for him, or he will not learn” a lesson while triple World Champ Niki Lauda stated that the McLaren driver is “completely mad” and that what he does “goes beyond all boundaries”.

And they were not the only F1 personalities to hit out at the 26-year-old as the likes of Emerson Fittipaldi and Sir Stirling Moss also added their two cents on the issue.

Whitmarsh, though, reckons the criticism has been largely unfair, although he believes a race win or two will go a long way towards restoring his driver’s reputation.

“Let’s work backwards. I have known Lewis since he was 11. He is a phenomenal driver and a massively competitive individual,” he told the official F1 website.

“He is pretty hard on himself when he makes mistakes and very passionate about everything – not just his driving style. He definitely doesn’t like being beaten so it’s been a very tough season so far.

“He’s been frustrated not being up there all the time and frankly some of it was simply down to misfortune. Inevitably the media have got on his back- he’s too aggressive, he’s too much of this and that, and then you have Niki Lauda and other people coming up with opinions and once that starts it’s like a snowball.

“I know that Lewis is strong and capable enough to drive through that, to stay focused, develop the car, win races and then people will forget, because there is nothing like winning races.”

The McLaren team boss also reckons it’s unfair to compare Hamilton’s temperament to that of his team-mate Jenson Button’s, who is at times criticised for not having the killer instinct.

“We must not forget that Jenson is older, has more experience and has experienced very tough times, so I think that his career has made him very rounded,” he said.

“Some people even say that he is too relaxed, but he demonstrated in Canada that he is there, he is determined and he wants to win desperately.

“Lewis’s career has developed significantly differently. He broke into Formula One in 2007 and he was on the podium for his first nine races, which will probably never be equalled.

“He could have won the Championship in his first year; he did win it in his second year; and could have won in the third year. So he has never really experienced such a situation as he is in now.

“But he is smart and he will learn. He knows that he’s made some mistakes, but he is under massive scrutiny.

“And when you are under such a level of scrutiny and you get out of the car and are hot and frustrated, and let me be frank, some parts of the media are very sympathetic and understanding, but other media, when they see such vulnerability they want to come in and challenge it. They want to prompt and elicit a passionate response, which is good for headlines but not always good for Lewis.

“He is learning that sometimes he is better off holding back, biting his lip and not saying what he thinks. We know how it goes.

“You have one interview and you stay calm, then comes the second and third and your emotions are riding higher and higher and eventually you say something that you regret. That is what happened to Lewis this year.”