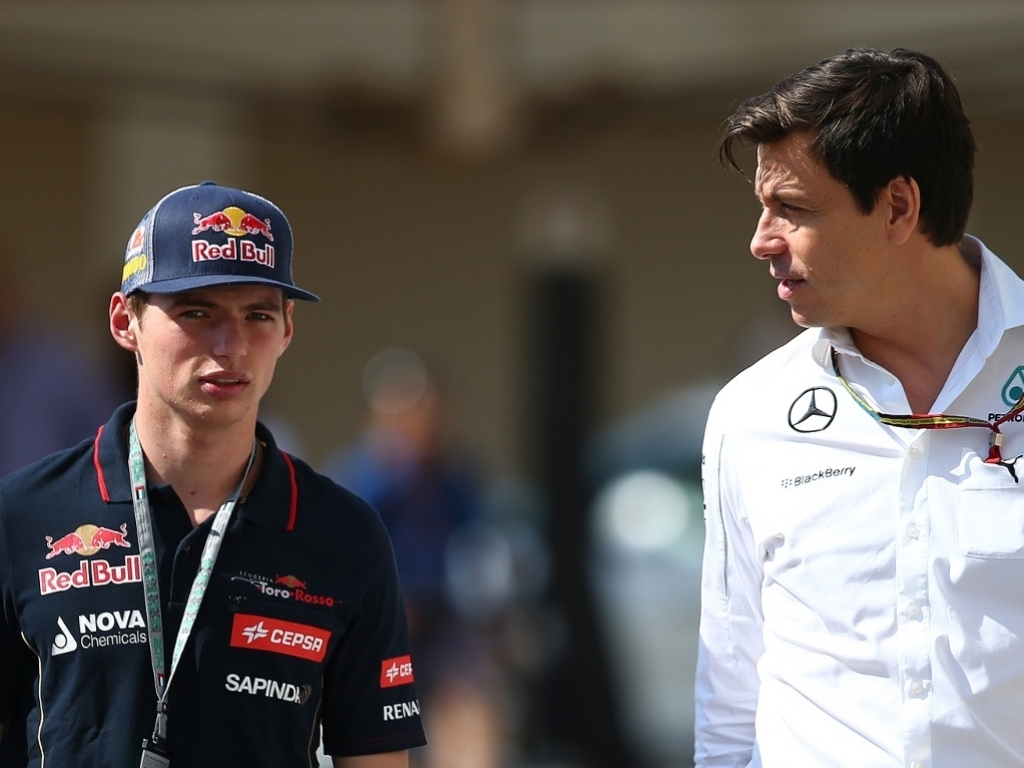 Toto Wolff was out of bounds, the FIA toed the line, Red Bull got it wrong, Alonso wants to hit Vettel and the puncture that never was.

Out of bounds
Toto Wolff erased the white line when he phoned Jos Verstappen to warn Max to stay out of the title fight at this weekend’s Brazilian Grand Prix.

Wolff stated that news of the phone call was “completely blown out of proportion” while adding that he was “helping” Max and saving him from the wrath of half the world’s population should he take out one of the Mercedes contenders.

It was, in Christian Horner’s words, “total rubbish.”

I have never heard of a team boss phoning another team’s driver – or the driver’s dad – to speak to them about their racing style and warning them to butt out of a battle.

News flash Toto: Max doesn’t race for you and Red Bull pay him a pretty penny – granted it is not what your drivers’ earn – to fight his way to the front.

Erring too much on the side of caution?
A thrilling start to the Brazilian Grand Prix was negated by Race Control who, after delaying the start by 10 minutes, declared that the race would begin behind the Safety Car.

It was the third Safety Car start this year alone, joining Monaco and Britain. Before 2016 there had been only nine.

The race was also red-flagged twice, the first for Kimi Raikkonen’s crash on the straight and the second for poor conditions.

Several drivers questioned the latter stoppage, which Lewis Hamilton called “pointless” while Niki Lauda told the BBC: “I do not understand these decisions.

“Because when Kimi crashed, sure, they needed to remove the car but then they came in again. The rain got less. This was the worst decision I’ve ever seen.”

The Austrian, who raced during one of F1’s most dangerous eras, added: “I don’t understand any more. Formula 1 is over-regulated. It is so over-regulated that these wrong decisions will happen again in the future.”

Strangely when the race resumed after the second red, many of the drivers reported that the conditions were the “same” as they were prior to the stoppage.

So is Formula 1 going too far with safety?

It is tricky topic as most will say no but then when there is a crash such as Jules Bianchi’s in the wet at Suzuka, those same people point a finger at the FIA.

It is motorsport’s governing body’s job to keep the drivers safe – and that is paramount over entertainment.

Red Bull have only Red Bull to blame
Ever thought of sticking your head out the window to check the weather? I know it is a strange concept having to do things manually into today’s age of technology but that is all they had to do on Sunday.

It could have changed their race.

While other teams were informing their drivers that heavier rain was on the way, Red Bull decided to swap their full wets for intermediate Pirellis.

And with the forecast of heavier rain correct, as anyone sticking their head out the window could have told them, Red Bull had to pit again to swap those inters for wets.

It was only the Dutchman’s talent, ballsy overtakes and apparent lack of fear that gave Red Bull a P3 on the day. They say F1 is a team sport but on Sunday it was individual brilliance that put Verstappen on the podium.

Alonso and Vettel went wheel-to-wheel at the Interlagos circuit with the Ferrari driver making his move up the inside of Turn 10.

Alonso responded with an audacious attempt around the outside of Turn 11 only to find himself off the track.

“If there’s a wall there, I either drive into the wall or into him, which is what I will probably do next time,” he said. “I’ll crash into him and he will lose more points than me.”

The incident did not raise a murmur with the stewards.

The (reported) puncture that never was
Daniel Ricciardo pitted when the pitlane was closed following Marcus Ericsson’s crash but under F1 rules that is permitted but only if the car is damaged.

According to unconfirmed reports, Red Bull tried to claim a puncture.

The stewards didn’t buy it.