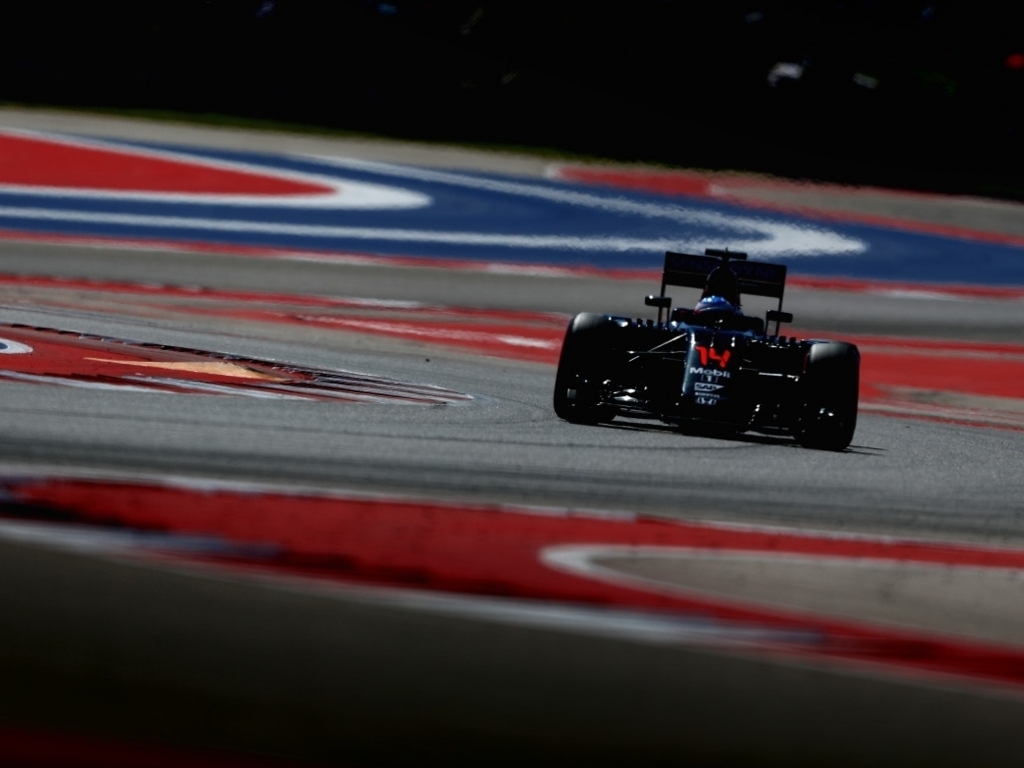 You know what they say about assuming…

It should’ve been a penalty
Fernando Alonso’s late flurry of overtakes in the closing laps at the United States Grand Prix were great for the Spaniard and his stock in Formula 1. Not so great for Felipe Massa.

The double World Champ was on a flier as he closed up on Massa in the battle for sixth and gave the Brazilian a good shove as he overtook.

However, as Williams chief technical officer Pat Symonds put it, Alonso “used Felipe as a brake” as he dived up the inside at Turn 16, made contact, and pushed both drivers wide at the exit.

It was a “yeehaw” for Alonso and confusion for Williams, and others, as to why Alonso did not receive a penalty for forcing another driver off the track.

Even Toro Rosso told Carlos Sainz, who lost P5 to his compatriot, to stay within 5 seconds of Alonso as they believed the McLaren driver would be penalised.

Why one should never assume
Aside from the now infamous ‘Verstappen block’ and his Monaco madness, there is not much that Max Verstappen gets wrong.

He may be 18 years of age but the Dutchman is known for being level headed, mature beyond his years, fast – very fast, technically sound and a driver who makes very few mistakes.

Until the US GP that is.

Now you cannot blame Max entirely. How many times have we heard teams tell a driver to push hard because they are about to pit?

So told to “push hard”, Max assumed “that was an indication to box so I drove into pit lane and suddenly I realised they didn’t box me.”

As they say, never assume, you make an ass out of u and me!

But it says a lot for Formula 1’s love affair with its new superstar that Verstappen was voted driver of the day despite his DNF.

Mistimed madness
Jenson Button was the biggest loser in qualifying at the Circuit of the Americas as the 2009 World Champion finished down in 19th place after yet another “mistimed” lap from McLaren.

It is not hard when you think about it, there are only 22 cars to keep an eye on and even then, not all 22 are on the track in the final minutes of qualifying.

And yet McLaren mistimed Button’s final run in Q1, which meant he was trying to put in a flying lap while most of the others were on out-laps.

Yes traffic was a problem, and it really shouldn’t have been as the other teams should have informed their drivers that a fast car was coming and that they needed to move over, but none of that would have mattered if Button had been doing his hot lap with the rest of the field.

“We mistimed the lap and got it wrong and it’s annoying because we did it two races ago in Malaysia as well,” he said. “It means I’m doing my timed lap when other people are doing their out-lap, so we’ve got to stop doing that because it’s costing us a lot.

“You could say ‘well how do you know when the pack is going out?’ but the other cars seem to be able to do that. It’s our fault for getting the strategy wrong in terms of timing.”

Ferrari fumble again
Ferrari showed signs of improvement at last race in Japan, prompting Sebastian Vettel to insist that there is always a chance of a victory in the build-up to the United States GP.

There wasn’t even a chance of a podium.

The Scuderia lacked the pace to run with Mercedes or even Red Bull with Vettel crossing the line a distant fourth.

However, it was with Kimi Raikkonen that Ferrari really fluffed it.

In a season of strange strategy calls Ferrari did not pit the Finn under the Virtual Safety Car – which is, as Daniel Ricciardo pointed out, a free pitstop – and then when they did pit him, he was given the green light to leave while the right-rear wheel gun was still attached.

Raikkonen recorded a DNF, Ferrari were hit with a 5000 Euro fine, and the tifosi once again shook their heads in wonder – and not the happy joyous wonder.

Yet another race to forget for the Prancing Horse.