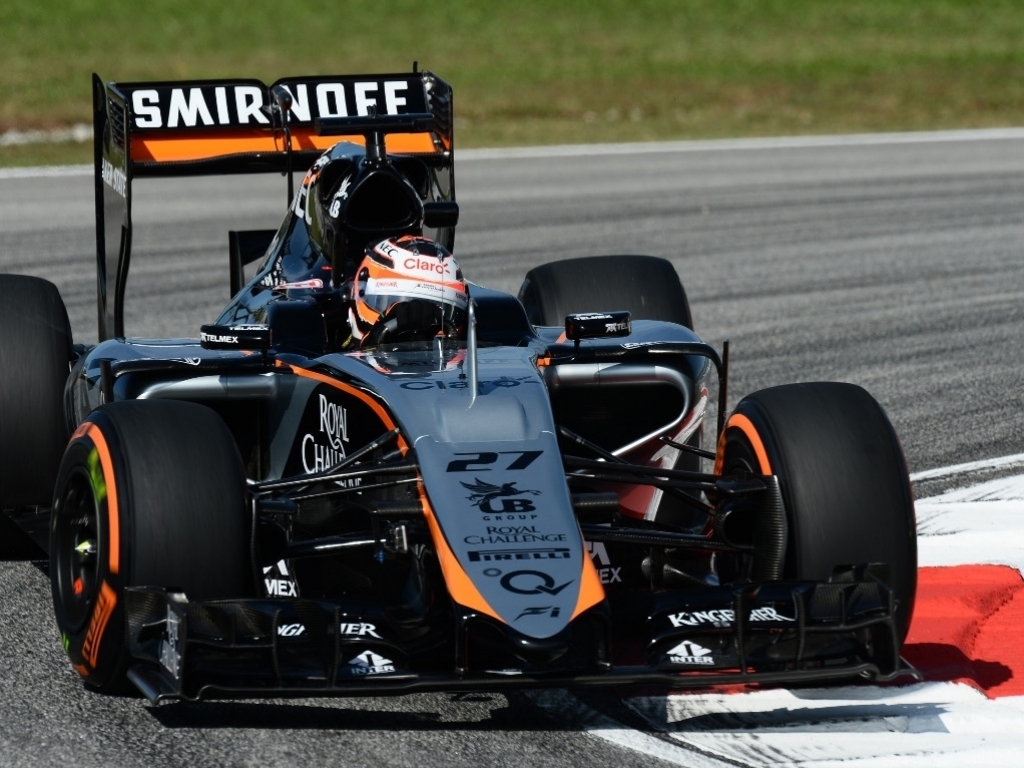 Nico Hulkenberg believes the only thing missing for Force India is speed, but it is a case of damage limitation until they upgrade the VJM08.

Force India made a delayed start to the 2015 campaign with their new challenger only unveiled at the final pre-season test in Barcelona at the end of February.

Despite the car's limited running before the start of the season, Hulkenberg finished seventh in the first race in Australia while team-mate Sergio Perez was down in 10th.

However, they struggled in the heat at Malaysia last time out and Hulkenberg admits they need a bit more speed.

"I don't think that [the late car launch] has set us too far back," he told Germany's Auto Motor und Sport. "The package is so reliable. The only thing missing is speed. We have reached the limit of the car pretty quickly."

When asked if he is looking forward to the first upgrade on the VJM08, he replied: "Until then, we need to limit the damage."