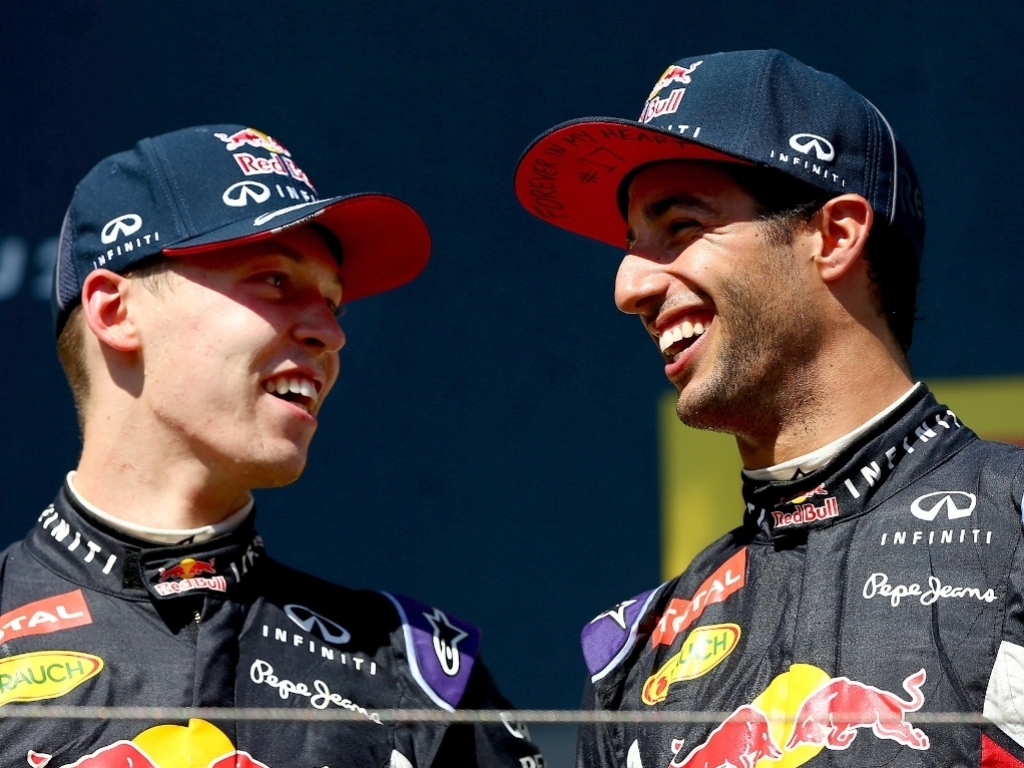 Team principal Christian Horner believes the line-up of Daniel Ricciardo and Daniil Kvyat is "as strong a pairing" as Red Bull have had.

Red Bull were slow out of the blocks this year due to the much publicised problems with their Renault power unit, but they have upped their game in recent months.

Kvyat and Ricciardo finished fourth and fifth respectively in Monaco with the former initially told to move aside for the Australian so that he can have a go at a possible podium place. When that didn't come off, Ricciardo was then told to allow the Russian to re-pass him.

However, their highlight of the season came in Hungary last weekend when Kvyat claimed a career-best P2 with his team-mate taking the final podium spot.

Horner admits he is impressed by the chemistry between the two.

"They just need to continue the way they are, to keep pushing each other," he told Autosport. "What we saw in Monaco was unprecedented in comparison to other team-mates where Kvyat gave up position to Ricciardo to have a go at a podium.

"It was on the understanding if Daniel couldn't get into a podium position then he would give it back, which he did at the last corner.

"That shows the drivers are working extremely well within the team, and for the team.

"They get on very well. They both grew up in the junior programme, so they know each other pretty well.

"There is a small age gap between the two of them, but it's a very strong dynamic. They're as strong a pairing as we've had."