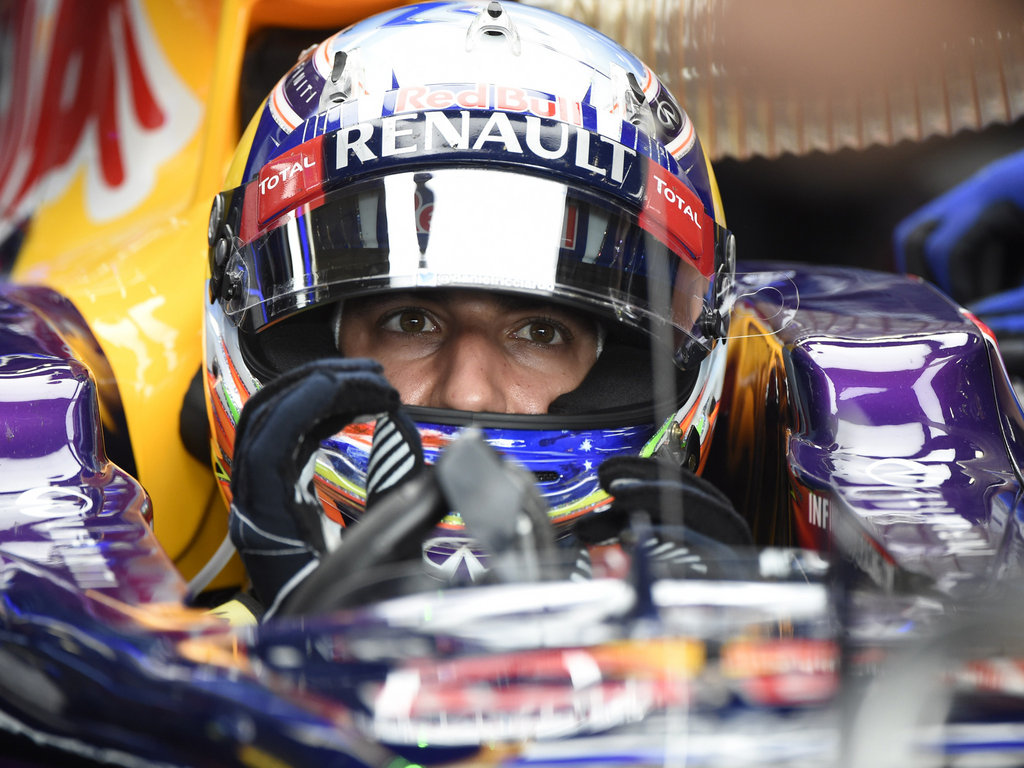 Daniel Ricciardo admits he will be targeting third in Sunday’s Belgian GP, but says will be ready to pounce on Mercedes suffer any degradation problems.

Having won the final race before the summer break, the Australian started the second half of the campaign in high spirits, but he had to settle for fifth place on the grid during qualifying.

The Mercedes pair of Nico Rosberg and Lewis Hamilton will occupy the front row as they were more than two second faster than the chasing pack, then it will be Ricciardo’s Red Bull team-mate Sebastian Vettel and Fernando Alonso from Ferrari from fourth.

Ricciardo concedes they were never going to trouble Mercedes in qualifying, but hopes their rivals “give them a chance” come race day.

“For the team to be third and fifth is really good. Mercedes is too far in front so we can’t get too excited, but looking at grid positions alone, it’s a good day,” he is quoted as saying by Autosport.

“I think third [in the race] is what I’ll aim for, and if Mercedes decide to give us a chance then I’ll take it.

“I think Seb, Fernando, Valtteri [Bottas]and me, there are a few of us who can fight for that third place. Hopefully that is a battle.

“You can keep your fingers crossed that [Mercedes] will have some tyre degradation on Sunday, but they have a lot of margin in their pockets.”