Home Uncategorized Dan: We thought we would be quicker 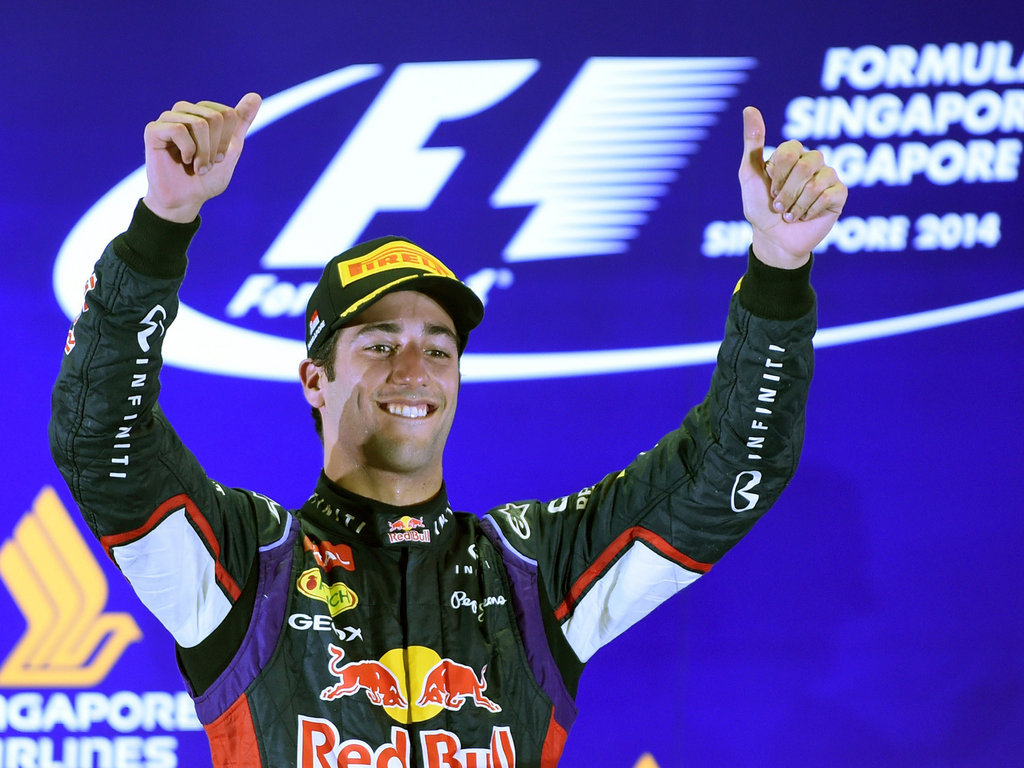 Daniel Ricciardo was pleased to pick up a good haul of points in Singapore, but he concedes Red Bull were hoping to be closer to Mercedes.

Starting third on the grid the Australian slipped to fourth behind Lewis Hamilton, Sebastian Vettel and Fernando Alonso the first lap, but he managed to get ahead of the Ferrari driver during the final round of pit stop.

Although Alonso was in DRS range and on fresher rubber for several laps during the latter stages, Ricciardo managed to hold onto the final podium place.

However, the two Red Bull drivers were still well off Hamilton’s pace with the Mercedes man finishing 13.5s ahead of Vettel despite the deployment of a Safety Car and very late pit stop.

“We were really close to the Mercedes in qualifying and we expected the race pace to be a bit faster today to be honest,” Ricciardo said.

“We weren’t quick enough in the first stint and we had a few other issues going on, with brakes and some power issues that were coming and going, but in terms of points we still got a good handful to take away from here.

“It actually feels a bit like a home race here. Singapore to Perth is like Melbourne to Perth, so for West Australians it’s not too far. Suzuka is in two weeks and that’s another track we can be optimistic for, so I’m looking forward to that. All in all it was a solid weekend.”