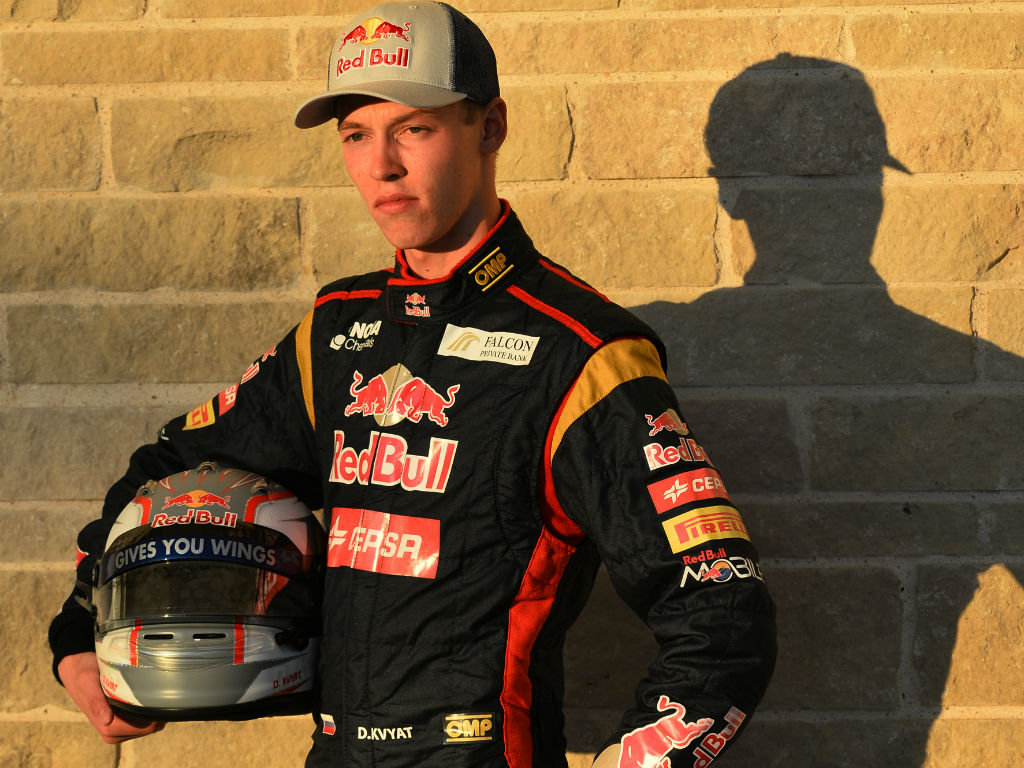 Russian teenager Daniil Kvyat will be the youngest driver on the 2014 grid but already there are signs that won’t affect him.

Following the usual route of karting, Formula BMW, Formula Renault, Kyvat claimed his first title in the 2012 Formula Renault 2.0 Alps, winning seven of 14 races on his way to the crown.

A year later and he was back on the top step, this time in GP3 with MW Arden, winning the Championship with five podiums, three of which were courtesy of race wins.

The youngster’s pace caught the eye of Red Bull, who announced in October 2013 that Kvyat would race for junior team Toro Rosso in 2014.

Handed the opportunity to familiarise himself with F1 machinery, he ran in FP1 in Austin and again in Brazil where he finished eighth fastest. Kvyat was also praised by the team for his maturity and ability to learn fast.

And with those attributes at his disposal, Kvyat may yet avoid the fate of many young drivers whose careers have been cut short by starting too early. In fact he may just follow in one well-known STR graduate, Seb Vettel… but only time will tell.