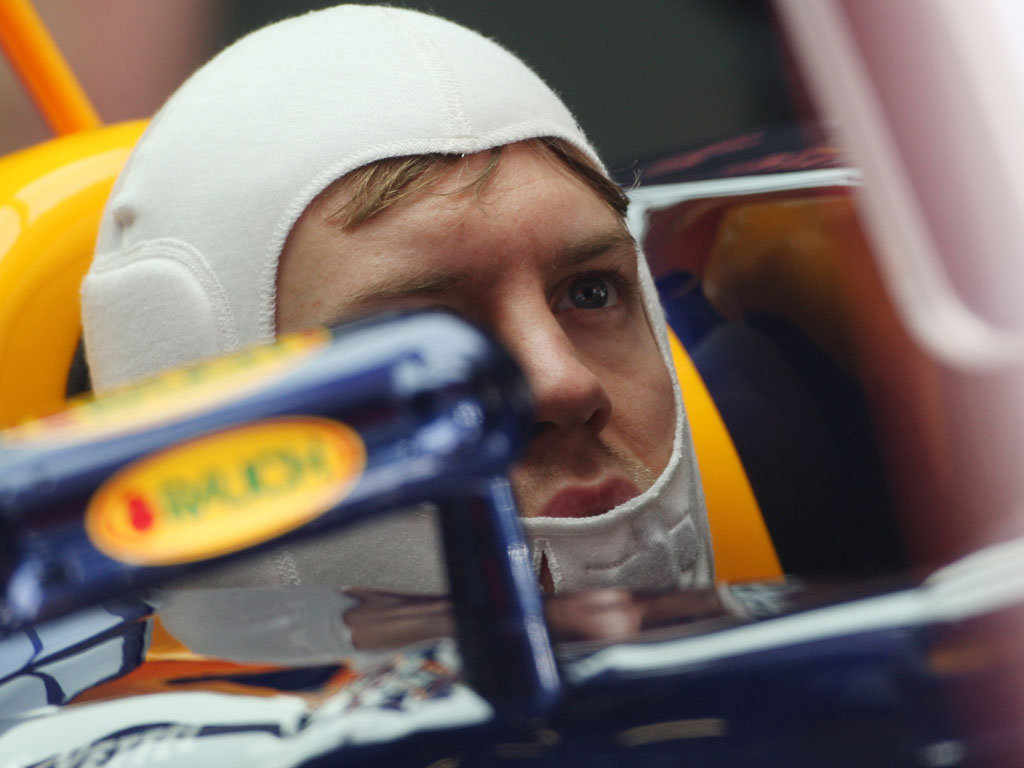 Vettel, who will be in action for the first two days at the Circuit de Catalunya, posted a 1:23.265 shortly before the lunch break. However, he was one of three drivers to improve his time in the afternoon.

The Red Bull racer shaved almost a tenth off with a 1:23.265 to extend his advantage over Nico Hulkenberg.

The Force India driver, returning to action after a year as the team’s tester, clocked a 1:23.440 to edge Lewis Hamilton by 0.150s.

Hamilton, however, swapped his programme from short runs to longer distances in the afternoon and amassed an impressive 114 laps in McLaren’s new MP4-27.

Daniel Ricciardo was fourth for Toro Rosso, finishing ahead of Fernando Alonso.

Yet again it was a day that saw Ferrari fail to reach the 100-lap mark despite the team admitting how important that would be. Alonso managed just 75 as he was sidelined with a a “small issue” during the morning’s session.

Michael Schumacher had a solid first day in Mercedes’s new W03, which was launched minutes ahead of Tuesday’s start.

The seven-time World Champ finished in sixth place and less than a second behind Vettel’s P1 time. However, he managed just 51 laps.

Sergio Perez and Bruno Senna completed the top eighth ahead of Heikki Kovalainen, another driver who lost vital track-time.

The Caterham driver managed just 31 laps after bringing out the red flags in the morning. That was followed by a lengthy delay in the garage as his mechanics worked furious on the CT01, which eventually returned to the action in the last hour.

That, though, still was not as bad as Lotus’s day as the team was forced to cut short their running after just seven laps when they found a problem with Romain Grosjean’s new chassis. The team is expecting to be back out on track on Wednesday.

Charles Pic, Marussia’s rookie racer, was the final driver in action using last year’s Virgin racer. He completed 121 laps as the team gave him the opportunity to familiarise himself with a Formula One car having previously only had a few days in the cockpit.