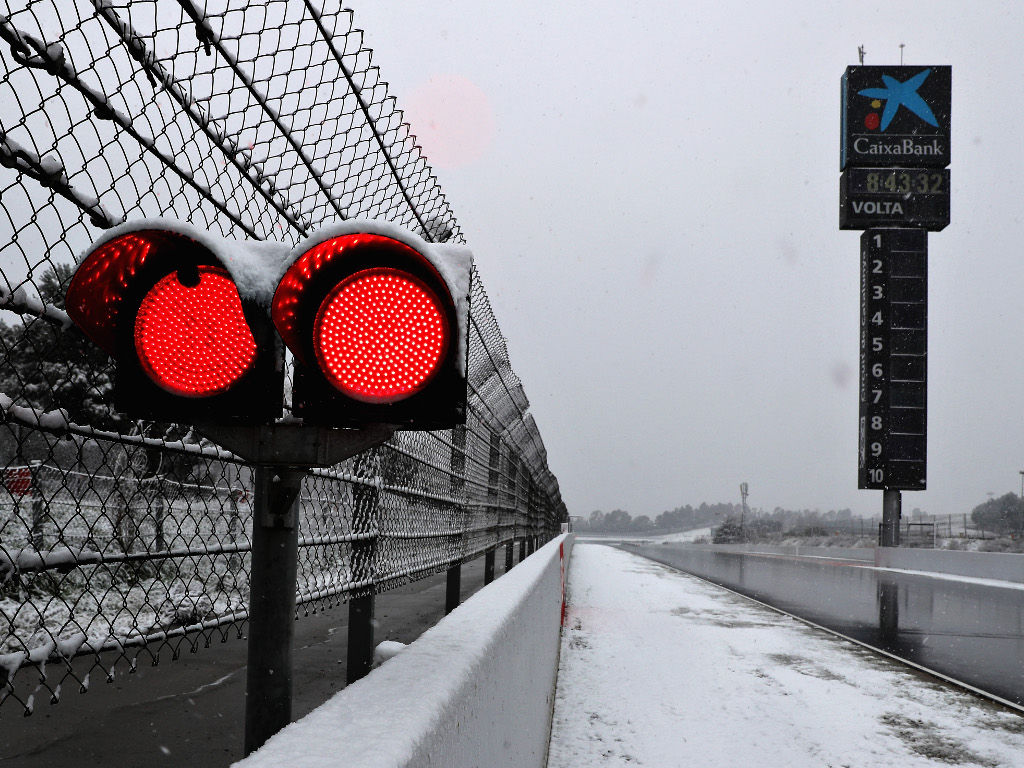 After a snowy start to the day in Spain, the teams will have – weather permitting – six hours of track time with a 12 noon start.

Although the likes of Lewis Hamilton and Kimi Raikkonen had been eager to get in as much running as possible, Mother Nature had her say.

The start of Wednesday’s test, scheduled for 9am, was indefinitely delayed until conditions are deemed safe.

Just before noon the circuit officials announced that testing would kick off at 12 with the teams handed six hours of uninterrupted running.

There were, however, no immediate takers given the icy cold conditions.

The Circuit de Catalunya posted a photograph of the track an hour before the scheduled 9am start.

Forgive us if we can't stop uploading photos like this…
It' so special!! #F1Testing pic.twitter.com/tTlP4vqNFg

Meanwhile Romain Grosjean shared a video of his drive to the circuit.

As for what Turn 1 looks like, Honda went with this…