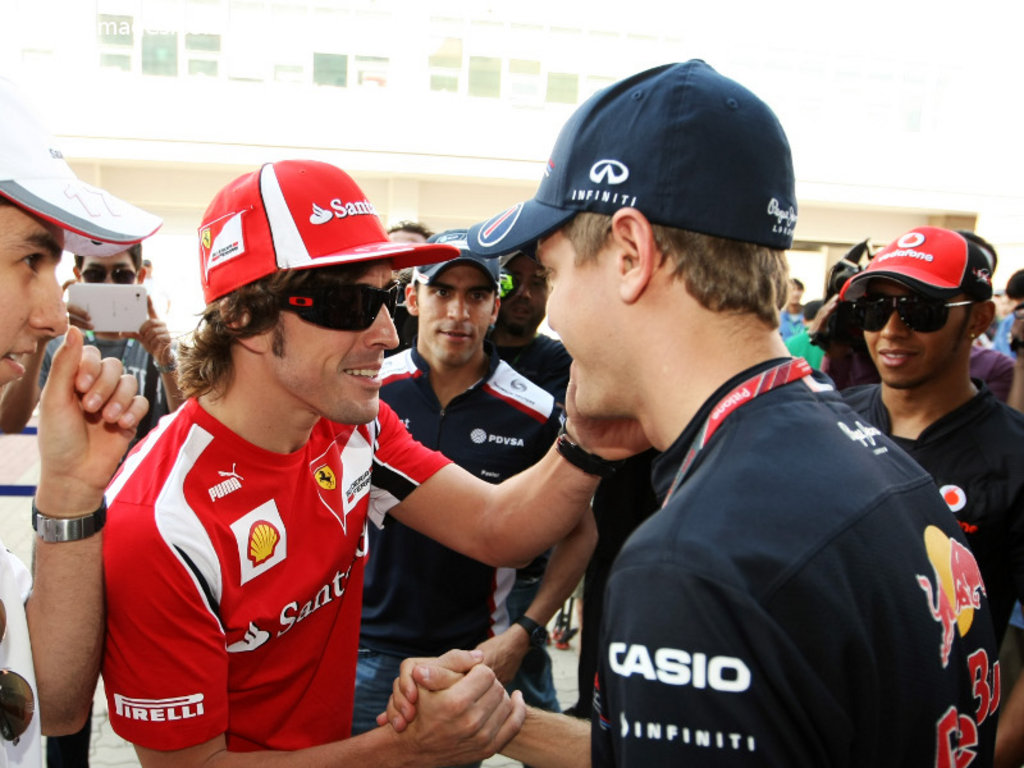 David Coulthard believes an inform Fernando Alonso would be the best benchmark for Sebastian Vettel to measure up against.

Vettel claimed his second World title earlier this month in Japan in a season that has seen the Red Bull driver prove to be heads-and-shoulders above his rivals.

However, there are still questions about whether Vettel, just because he has two World titles, is the best driver in the field.

And Coulthard reckons one way to answer that is for Ferrari to give Alonso a car capable of fighting for the title and then fans can see what Vettel can do against equal opposition.

“Since then the car has not quite been there but once it is he will be very hard to beat. All you can do, if you look at the history of the sport, you need a reference to another driver.

“Mark Webber is no slouch, he’s a fantastic driver and Seb has largely dominated him this year, so that has to be acknowledged.

“I don’t think we’re getting carried away saying how good he could be – he’s fought for the win when he didn’t have to, his pass on Lewis Hamilton at Korea, that was ballsy stuff.”