Home Uncategorized DC: It could get a bit dirty 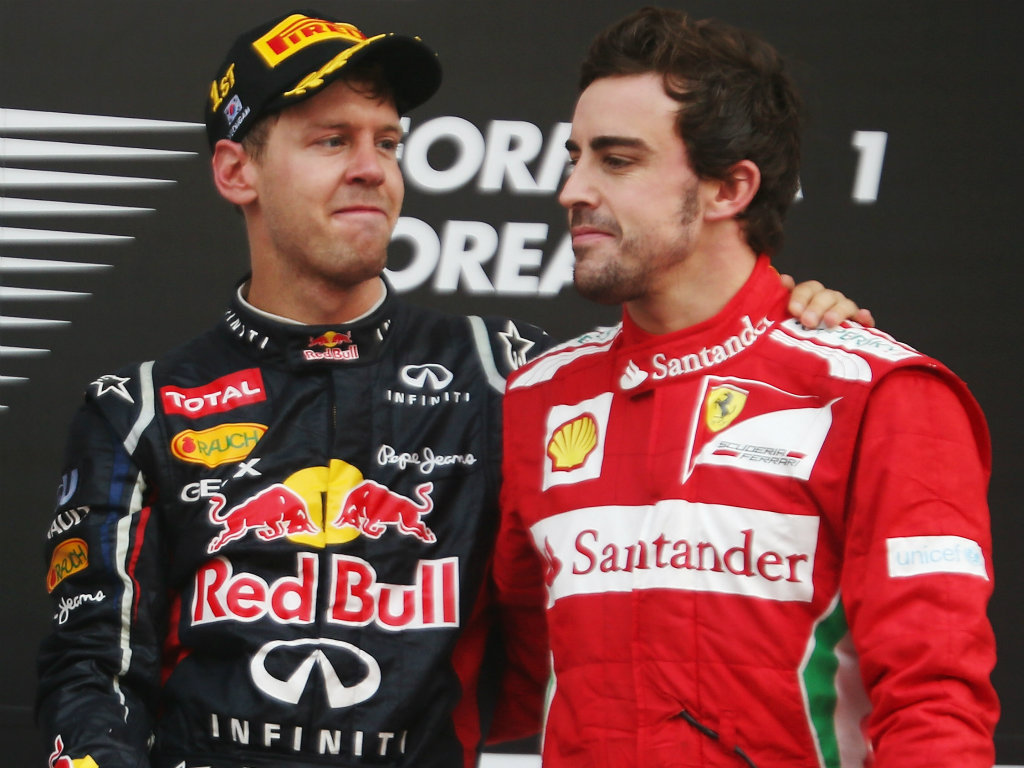 David Coulthard reckons this season’s title race could become a “bit more street” as the gloves come off.

With just two races remaining and a total of 50 points to play for, Sebastian Vettel and Fernando Alonso are locked in an intense battle that the reigning World Champion is leading by 10 points.

The points are not Vettel’s only advantage as the German also has the faster car. Coulthard, though, believes Alonso also has a few things going on his favour.

“What a couple of races we have coming up in the United States and Brazil to decide the destination of this year’s Drivers’ title,” the Scot wrote in his column for The Telegraph.

“Seb, in my view, is the marginal favourite, and I say that without any bias given my connection to Red Bull. He has to be. Not only does he hold a 10-point advantage over Alonso, Red Bull have generally had the faster car all year.

“But it is only marginal. Fernando Alonso is a teak-tough competitor and I have a feeling these last two races could get a bit dirty; a bit more ‘street’.

“The Spaniard is as streetwise as they come. Fernando wants to go to war, wants this to become a battle of wits as much as machines. He is trying to unsettle Seb, while at the same time exuding confidence and serenity. He has even taken to quoting Samurai philosophy in his post-race interviews.

“There is another reason Fernando may feel encouraged. The return to form of Lewis Hamilton and McLaren in Abu Dhabi means Red Bull are no longer guaranteed pole.

“We don’t know whether that will still be the case in Austin next week, having never been there before, but we do know that Seb’s success in recent races has been based on getting out in front and controlling the race. If he is further back in the pack, not only does he risk getting caught up in an incident, he is also more vulnerable to attacks from DRS.”

But whoever wins in the end, Coulthard says will deserve the right to be crowned a triple World Champion.

“One thing is for sure, whichever of them prevails he will have earned the right to be called a triple World Champion.

“Fernando for having maximised every single opportunity available to him this year, for making virtually no errors, for consistently outperforming the car, for never giving up; and Seb, for withstanding the pressure Alonso is applying by the bucketload and for proving himself time and again.”