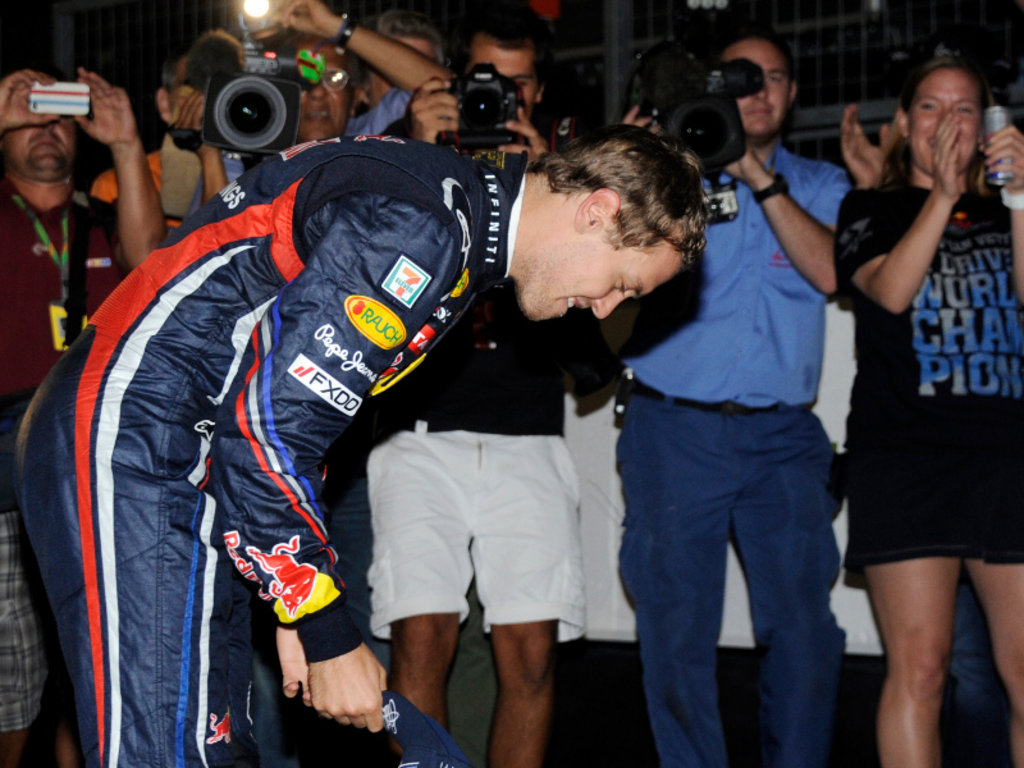 Red Bull are unlikely to “pound everyone into submission” the way Ferrari did during their era of dominance, according to David Coulthard…

Red Bull are unlikely to “pound everyone into submission” the way Ferrari did during their era of dominance, according to David Coulthard.

The ease with which Sebastian Vettel successfully defended his World Championship this year has increased fears that the battle for honours will be a one-horse race over the next few years, much like it was when Ferrari and Michael Schumacher were at their peak from 2000 until 2004.

Coulthard, though, insists there is hope for the rest of the pack.

“I don’t see Red Bull pounding everyone into submission like Ferrari did in the early 2000s. The conditions back then were so different,” he wrote in his Telegraph column.

“Firstly, Ferrari cottoned on to something which you would have thought, with all their combined brainpower and expertise, other teams would have cottoned on to. And that was that they had not only a fast car, but a reliable car from the late 1990s through the early 2000s. That was the backbone of their success. These days everyone is pretty reliable.

“The second thing is that Ferrari could afford to outspend their rivals back then. They had their own test track, Mugello, during a time of unlimited testing. Bridgestone, then in competition with Michelin, were producing custom-made tyres for Michael. It was difficult for anyone to compete with that.

“Nowadays there is no in-season testing and everyone uses the same tyre supplier. And even if Red Bull could afford to outspend their rivals they are not allowed to; the Resource Restriction Agreement limits the amount of personnel and money teams can spend to go racing. Spending power is not the issue.

“Thirdly, let’s not forget that Michael was clearly the No.1 driver at Ferrari; everything was geared towards him. Often his team-mates simply drove for him. Whatever people may say about Red Bull and their perceived favouritism towards Vettel, not many would question that the Australian receives equal treatment and equal opportunity.

“Finally, and perhaps most importantly, we are now in an era when the rules are relatively stable. The reason Red Bull have been dominant for the last three years is because Newey reacted the smartest to the last major set of rule changes in 2009.

“Newey has proven time and again that, when handed a clean sheet of paper, he can build a more innovative car than the rest. But heading into 2012 there are minimal changes. In fact, the one big change could hurt Red Bull more than the rest; the banning of blown diffusers, which Red Bull pioneered and which everyone else has subsequently copied.

“This is not the start of the ‘Red Bull era’. The last two years have been nothing like 2004 or 2002, when Schumacher won the title with six races to go. “