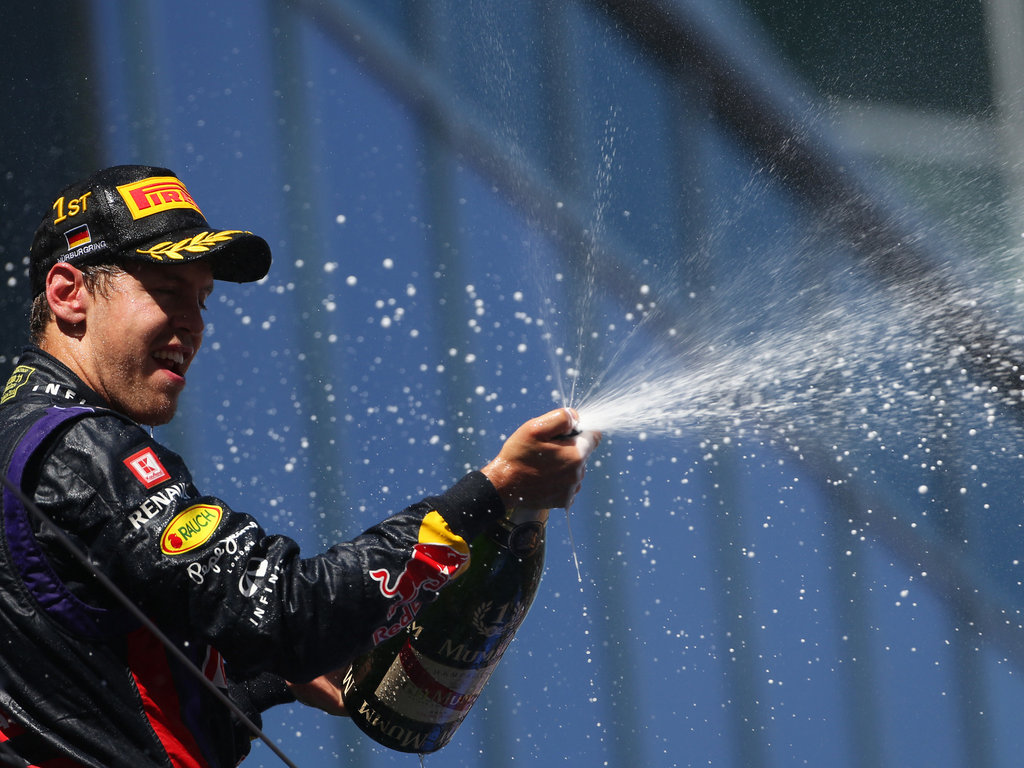 Although David Coulthard would be “surprised” if Sebastian Vettel didn’t win this year’s World title, the Scot concedes there is still a lot to play for…

Although David Coulthard would be “surprised” if Sebastian Vettel didn’t win this year’s World title, the Scot concedes there are still a lot of points to play for.

Vettel and Red Bull has yet again proven to have the measure of their rivals this season, securing four race wins and 172 points in the first half of the campaign.

That has put the German, who is chasing a fourth Drivers’ Championship title, 38 points ahead of his nearest rival Kimi Raikkonen while Fernando Alonso in third is a further point off the pace.

And although there are still 225 points to play for this season, Coulthard reckons Vettel has enough of a buffer to see him through.

“Historically, if you’re able to build a bit of a buffer in the first half of the season, even if somebody then comes forward in performance, normally you can hang in there and get the Championship,” he told GPUpdate.net.

“If you look at [Jenson] Button when he won with Brawn, he won a lot of races in the first half of the season. He didn’t actually do anything in the second half of the season but he was able to hang in there and get the Championship.

“Mercedes are looking strong, there’s no question about it. And they have a quick car in qualifying, probably with certain advantages over the Red Bull. But Red Bull have a very consistent package.

“Sebastian is unquestionably a remarkable driver when you look at the amount of starts, the amount of success, the qualifying and racing and what have you.

“Obviously I don’t know this, but I would be surprised if he doesn’t win his fourth Championship. But of course with nine races to go, there are a lot of points.”