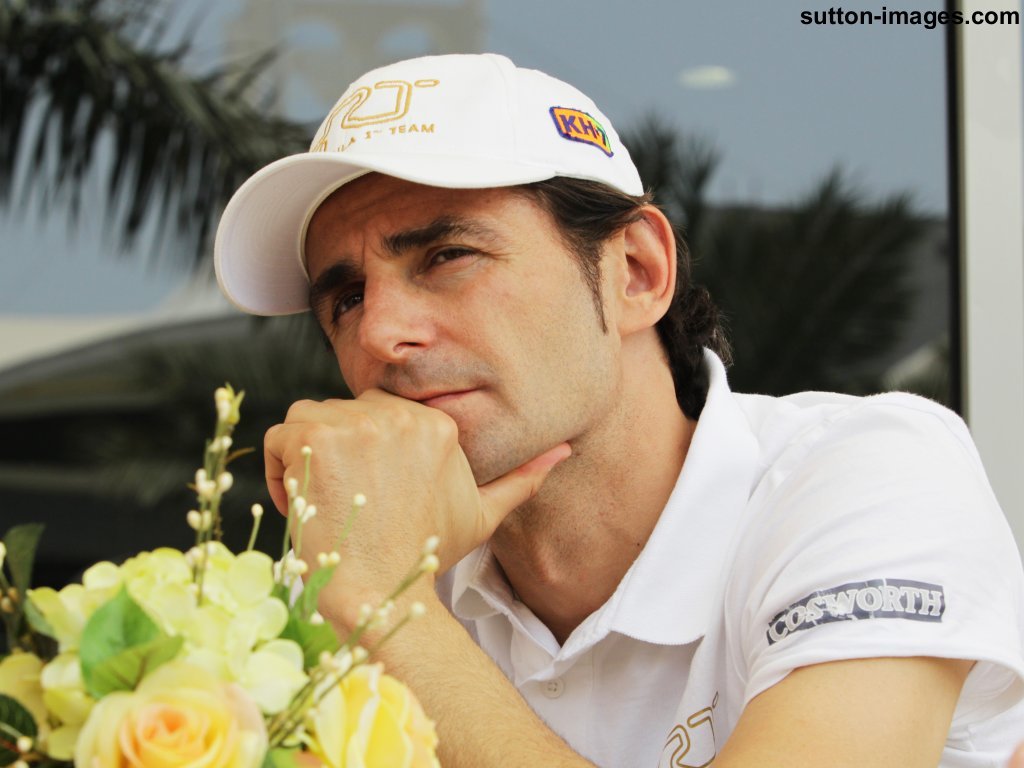 Pedro de la Rosa admits HRT are paying the price for missing pre-season testing but have made up ground in recent weeks.

HRT was one of two outfits, the other being Marussia, who did not put in a single lap during pre-season testing in their new 2012 cars.

The team’s lack of running was sorely apparent when they failed to qualify for the season-opening Australian GP.

But, since then, both drivers have made it into every grand prix, although de la Rosa concedes there is still a lot of work to be done.

However, instead of heading to Mugello for the only in-season test, HRT are instead opting to head home and run their car in the wind tunnel.

“I think now we have some time to go back to base, and when I say base, it is our new base, which is important because finally we have our home,” de la Rosa told Autosport.

“We need to still develop the car, but we can now spend time in the wind tunnel, and spend time optimising the set-up.

“We know our weaknesses, and these few races have been like the pre-season for us. We were three months too late and have been paying the price for that.”

But it’s not all doom and gloom as the Spaniard reckons his team has made solid progress in recent weeks.

“I think we have a solid structure underneath us now, and the result in Bahrain was an unexpected bonus because nobody was expecting us to outqualify a Marussia or finish races like in Malaysia.

“I am looking forward to the rest of the season, because we have more time to develop what is a solid platform. We have to improve, but we have the people and the factory now.

“There is stability that we didn’t have a few months ago – or even a few weeks ago. It is a new start – now we can say we are starting properly.”