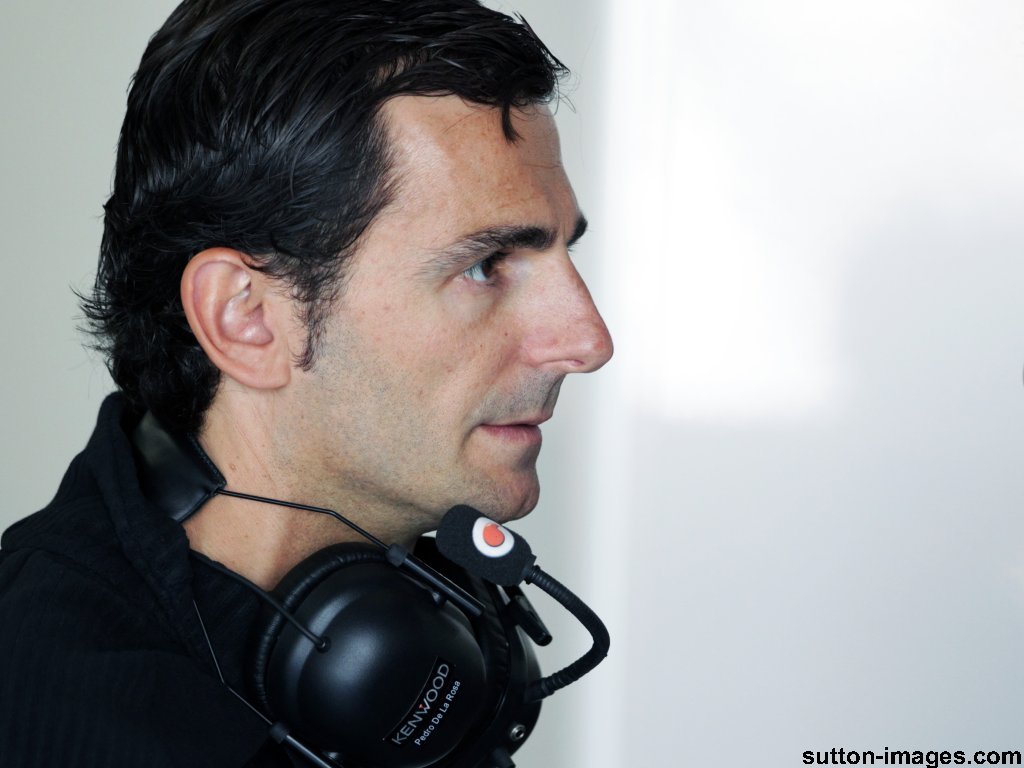 Pedro de la Rosa has made it clear that he is “not passing by” at HRT and plans to stay committed to the team in the long term.

De la Rosa confirmed earlier this week that he will swap his test and reserve role at McLaren for a race seat with HRT. The Spaniard, who drove for Sauber in the first half of the 2010 season before being replaced by Nick Heidfeld, spent nearly a decade at McLaren.

Although the door at Woking will always stay open for De la Rosa, the 40-year-old is determined to see his out his two-year contract with his new team.

“My future is with HRT, I’m not passing by,” he said. “I’m one of those people who finish a project they have started.”

“For me it is an honour to be their driver,” he said.

“It couldn’t be another way, a truly Spanish team with a Spanish driver. Nothing could make me happier than this and, although I’m aware of all the work we have ahead of us, it’s a fascinating task which will require everyone’s support.”

He added: “Various things attracted me towards it, but mainly the fact that it’s a Spanish team. Right now they’re at the back but their potential to grow is tremendous. What convinced me was the serious and realistic approach of Luiz Perez-Sala (HRT’s advisor) and Saul Ruiz de Marcos (HRT’s CEO) back in July and how they have done everything they said without making too much noise but in a professional and disciplined way.”