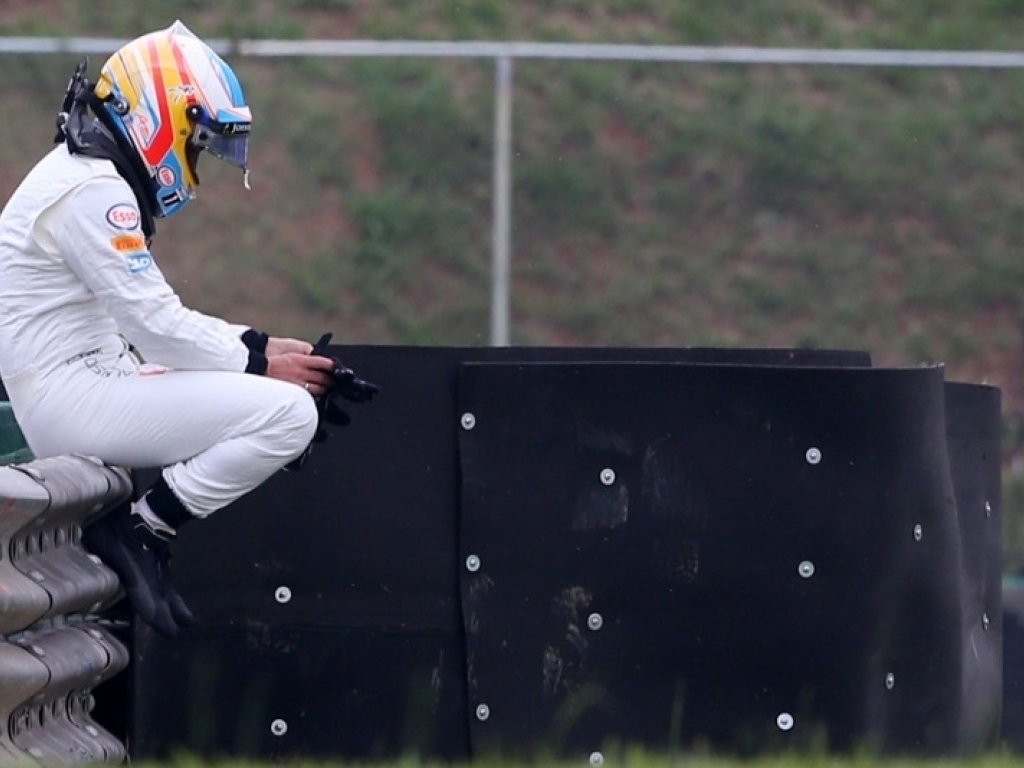 Nico Rosberg – a DNF button for Hamilton’s car
Although Nico Rosberg got the better of Lewis Hamilton in the final races of 2015 with the pressure set to return in 2016, a DNF button for his team-mate’s car would be a great gift. Either that or five sessions with Romain Grosjean’s shrink.

Fernando Alonso – anywhere but here
His #PlacesAlonsoWouldRatherBe become a Twitter sensation as Alonso sat down on a deckchair and relaxed under the Brazilian sunshine after breaking down in qualifying. Anywhere but here because the Iron Throne, a trip to the moon, a seat at the Last Supper and a ride on a dinosaur. But what the McLaren driver really wants for Christmas is to see a chequered flag.

Jenson Button – anywhere but Saint Tropez
The last time Button was on the French Riviera it didn’t go so well. He won’t be heading back there for Christmas.

Pastor Maldonado – bumpers on his 2016 Lotus
Known for his crashing, and clearly without any plans to change his driving style, what Maldonado wants (actually needs) more than anything is bumpers for his E24. Holding onto that Mercedes engine instead of swapping to Renault power comes in a close second.

Max Verstappen – his eight points erased
If only there was a way to break into the principal’s office and change his records. In one season Max has amassed eight penalty points leaving him just four away from a one-race ban.

Will Stevens/Alex Rossi – Manor seat
Both Stevens and Rossi reckon they are closing in on a Manor seat but, given that Pascal Werhlein is expected to race one car, it looks as if one them is in for a crappy Christmas.

Carlos Sainz – Max Verstappen’s reliability
Seven retirements all from car troubles have left Sainz asking Santa if he can trade cars for Verstappen who definitely has the better reliability. Max’s balls-to-the-wall driving style also wouldn’t be a bad gift.

Lewis Hamilton – number 44
Having equalled Ayrton Senna’s tally of 41 race wins the next target on Hamilton’s list was to match his race number, 44. He got stuck on 43 in Austin and never made it.

Sebastian Vettel one-lap pace
Ferrari are there or thereabout when it comes to matching Mercedes for race pace, well they are closing the gap at least, but in qualifying they are floundering. Unable to get the better of the Brackley team-mates on Saturdays they are losing out at the start on Sundays. A car that can put in a flying lap would be Vettel’s biggest wish this Christmas.

As for PlanetF1, we would like an all-out fight at Mercedes
Mercedes would love nothing more than for their drivers to calm down, and calm down before they are forced to drop one of them from the line-up. PlanetF1 (and fans around the world) want an all-out fight with bitch slaps and helmet butts included. F1 needs a fierce rivalry, Merc need to step up to the plate.